END_OF_DOCUMENT_TOKEN_TO_BE_REPLACED " /> Lexus CT 200h Darkcasting Talk Show | Lexus Enthusiast
Menu
Log in
Register
You are using an out of date browser. It may not display this or other websites correctly.
You should upgrade or use an alternative browser. 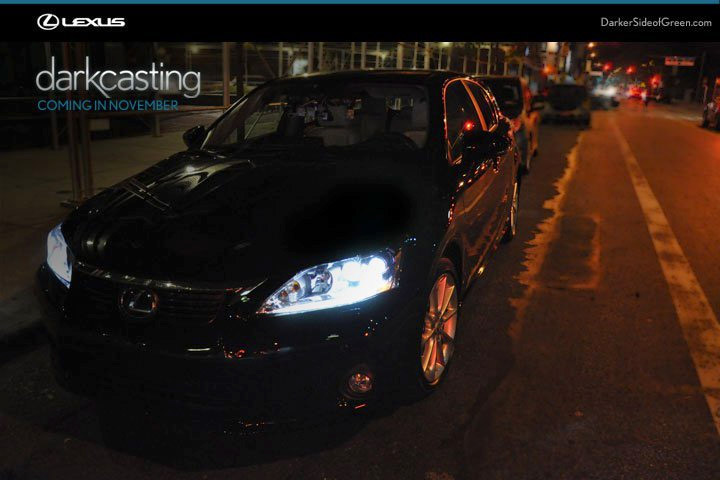 The next chapter of the Lexus CT 200h’s marketing push is Darkcasting, a video talkshow that takes place inside the new hybrid hatchback — Lexus Magazine explains:

Darkcasting, a new talk show that’s filmed, well, after the sun goes down, and that will soon run on the Lexus Darker Side of Green site.

All in all, the Darkcasting crew plans to hit six cities, and the first episodes will run throughout November—should be fun stuff.

The cities include NYC, San Francisco, Chicago, New Orleans, Los Angeles and Miami — here’s a quick tour of the video setup inside the CT:

(The production team also took some photos while filming and posted them up on Facebook.)

The idea reminds me of Robert Llewellyn’s Carpool, an excellent in-car talk show that just so happens to be in a Prius — we’ll see how Darkcasting compares when the first show goes up November 4th on the Darker Side of Green website.