They had to say good things about TMC, even better than Tesla by saying "Today, the Japanese brand has announced an unprecedented battery warranty for the UX 300e"... Someone send an ambulance to InsideEvs!
I

Warning shots have been fired. Tesla is going to start bleeding money if it had to match that warranty, especially when it goes battery manufacturing alone. I think Tesla has a trick up its sleeves after removing unlimited mileage warranty on the S and X. We will find out on Battery Investor Day. Maybe they will announce a better battery along with a better warranty later this year. People who don't read up on the industry are going to feel bad when their Tesla BEV battery will become obsolete in no time.

I think it's an overall good move by Toyota to demonstrate faith in its batteries. I trust Panasonic manufacturing more than Tesla manufacturing though.

It is interesting to see the first electric vehicle from Toyota. I am quite surprised by the length of the warranty. Very impressive. The key for me was when I read 70% on the battery, this is telling me that Toyota knows that they’re doing and they’re not lying about how a battery will age or perform in the long term. By year 15, battery maybe charging to less than 50%. Of course those tesla people would never believe such a thing for their cars
S

The UX300e has 20% higher body rigidity and 14% lower CoG. The 60 profile tyres must be a serious limiting factor to handling. But put on some 45 profile performance tyres and I expect it to handle like some GA-L vehicles.

internalaudit said:
Warning shots have been fired. Tesla is going to start bleeding money if it had to match that warranty, especially when it goes battery manufacturing alone.
Click to expand...

but they dont, and i doubt anyone really into Tesla will be interested into this. 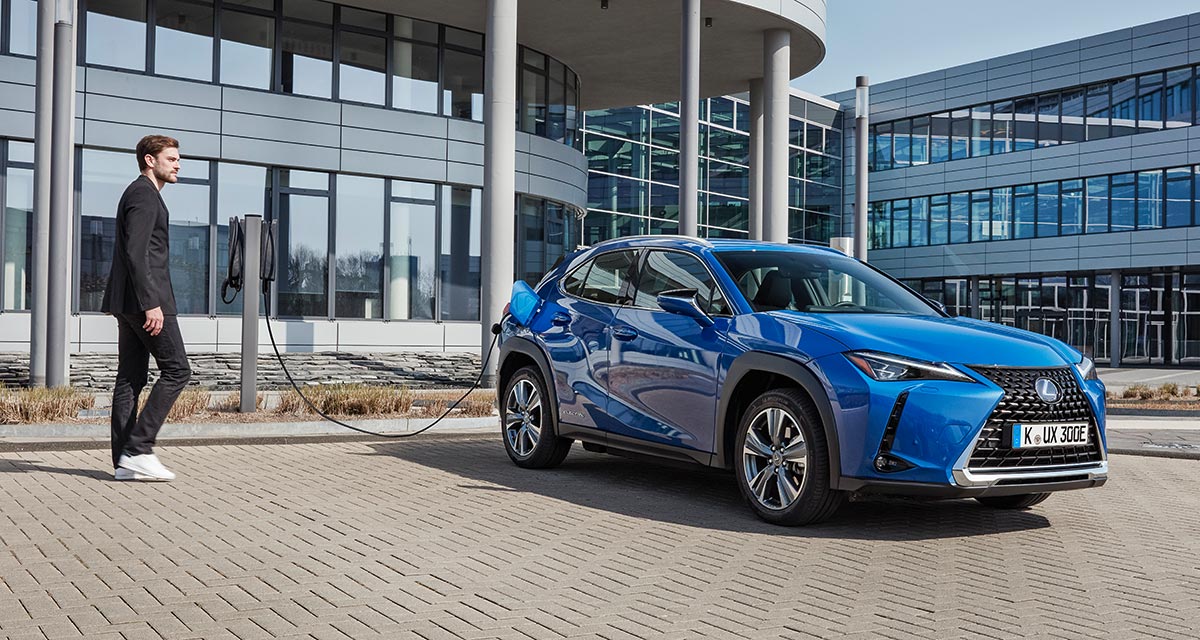 The batteries in the Lexus UX 300e full-electric crossover will have a 10-year (or 1 million kilometre/620,000 mile) warranty when it goes on sale in Europe.
More specifically:

Lexus is offering a 10-year (or 1,000,000 km) service warranty on all functional defects of the BEV (Battery Electric Vehicle) main battery and capacity degradation below 70%, provided that the owner respects the regular health checks foreseen in the maintenance program. 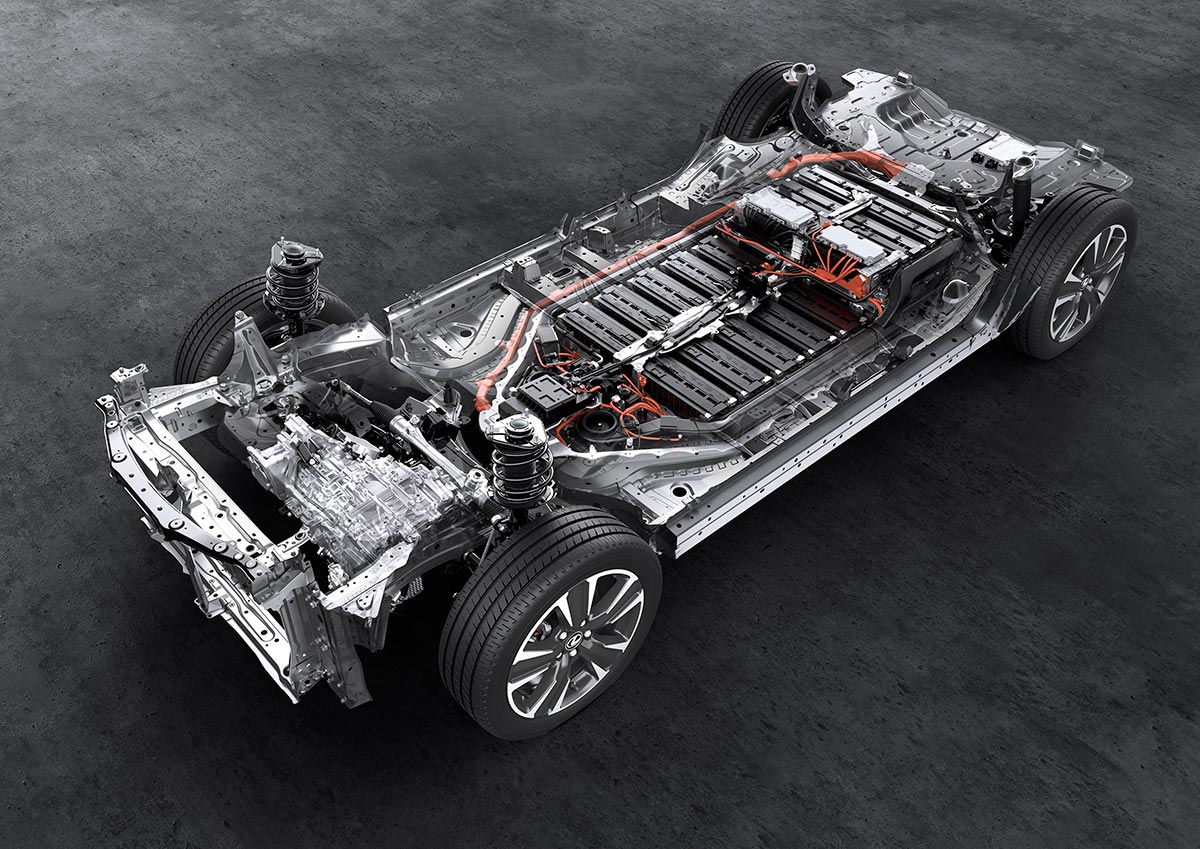 The UX 300e is powered by a newly developed 54.3 kilowatt-hour high-capacity battery which over 300 km. The model is already on sale in China, and will be coming later this year.
Click to expand...

To give the battery such a warranty, they must have implemented some advanced electronic security systems. Smart.

I've got to say congrats to Lexus, they managed to get everyone talking about them with this warranty... Even managed to get some love from Tesla-lover (and sometime anti-TMC) websites!

And made a clear confirmation for me that waiting a bit more for them is the best option.
S

After more in-depth reading and talks with people working on BEVs directly I am having an increasingly realistic view of the industry and I have to say now I think more objectively.

I used to be one of the more enthusiast person about Tesla on this forum (even though I don't like how Elon runs the company). However, now I am more convinced their 'technological lead' is not a real one. And I used to be really dismissive of VAG's effort to fight Tesla head-on. For real-world BEV engineers I've read from, the E-Tron and Taycan are some of the most well-engineered BEVs to date, since they are matching Tesla's numerical specifications without cutting as many corners. They are particularly strong in thermal management and charging subsystem design. But by not cutting corners their cost and weight are heavily inflated.

2020 and 2021 will be a reality check for many carmakers riding the BEV hype curve. The 'numbers war' or 'arms race' on battery energy density, motor power density, and charging rate will wind down, because they could ignore the ugly side - profitability and dependability only for so long. It totally makes sense to make a pure numbers car when the hype around the new technology is very high. Some carmakers chose to not ride the hype curve. Safety, ease of operation, rate of depreciation, and consistency will be the major concern for consumers shopping for BEVs as they become more mainstream.

The 'trough of disillusionment' is already starting in China, which is ~12-18 months ahead of the world in BEV adoption rate. With the government pulling out subsidies and switching to building up hydrogen infrastructure, a LOT of the so-called 'internet car makers' (i.e. the likes of Tesla, Faraday Future, NIO, Xiaopeng etc) will financially struggle. BYD, the largest alternative energy vehicle maker in the world until 2019, lost 50% sales in just one year after subsidies were pulled out. And public tolerance on safety issue will reach a critical point. Just last year 75% of the battery manufacturers went bankrupt, and the fourth largest manufacturer, WTM, which at its peak valued at $30b, folded overnight triggered by one battery fire. I still remember that Lexus executive who made that 'Pffff' comment (regarding govs stopping subsidizing BEV) and got ridiculed in pro-EV media (I mocked him too); he was just telling the inconvenient truth.

Now I'm not saying Tesla will die because I am still bullish about their ability to keep the hype up in USA and EU for another 18-24 months and eventually go into profitability if they brought Elon under control. But 2021-2027 will likely be the age of triopoly: VAG and TMC will join TSLA to become the 'big three' in BEV era. VAG and TMC will simply drown the segment with their money (the two combined has already planned 1.32 million capacity in the next 36 months in China alone) and their vertically integrated supply chain, and financially struggling legacy carmakers will have a very hard time catching up with those two in capital investment.
Last edited: May 11, 2020
I

Told you SSB will be in premium BEVs on or before 2025.

Chinese like deals. Just look at how lively their night markets are (how much promotion goes into casinos), they are probably waiting for incentives and aren't quick to jump the BEV bandwagon. I tried ordering some retainer push pins on Aliexpress or another site last week because of a banner ad and out pops up imaginary coupons that I can't even apply to my cart lol.

internalaudit said:
Told you SSB will be in premium BEVs on or before 2025.

I made that graph.

2023 is my most optimistic guess. Either VAG or TMC will have a working prototype by then. But 2025 is the commercialization target.
I

ssun30 said:
I made that graph.

2023 is my most optimistic guess. Either VAG or TMC will have a working prototype by then. But 2025 is the commercialization target.
Click to expand...

I never said someone else did.

I am elated even you accelerated your timeline for SSB's. VAG says SSB's by 2025. Maybe Quantumscape is busy acooking.
Last edited: May 13, 2020
I 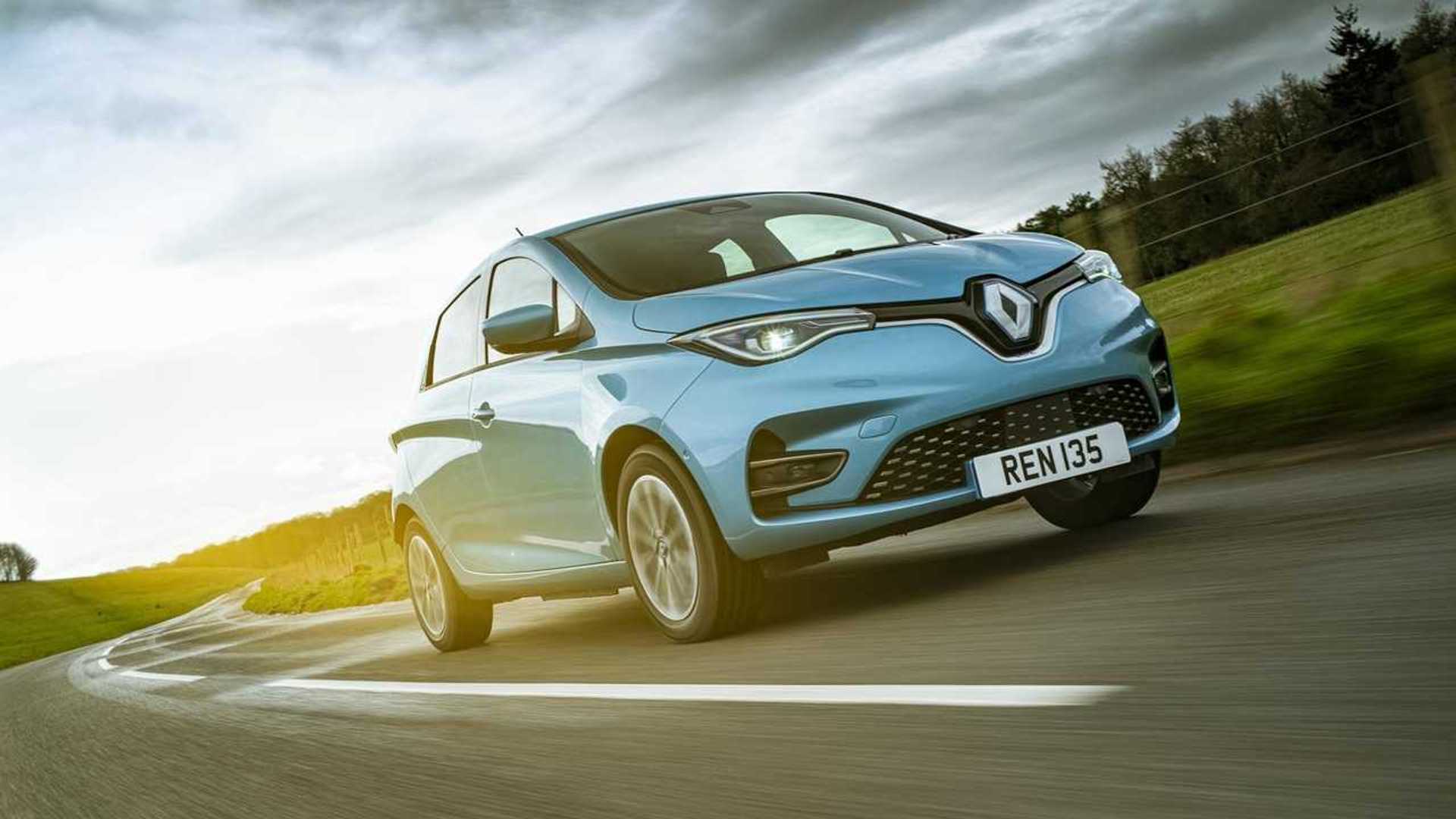 @internalaudit , I’ve monitoring that news very closely... Will definitely get a UX300e over a TM3 any day if this comes true

The new S class interiors looks posh. Why do cheaper cars like your fiancee's A or B class have funky interior?
L

Great, but what choice is there among cheap RWD BEVs? i3, ID.3 and TM3?

internalaudit said:
The new S class interiors looks posh. Why do cheaper cars like your fiancee's A or B class have funky interior?
Click to expand...

Sadly you're right and there isn't a lot of options... I'm really looking forward to get a BEV, so I understand I might get some "challenges"...
Last edited: May 21, 2020
I

Levi said:
Great, but what choice is there among cheap RWD BEVs? i3, ID.3 and TM3?
Click to expand... 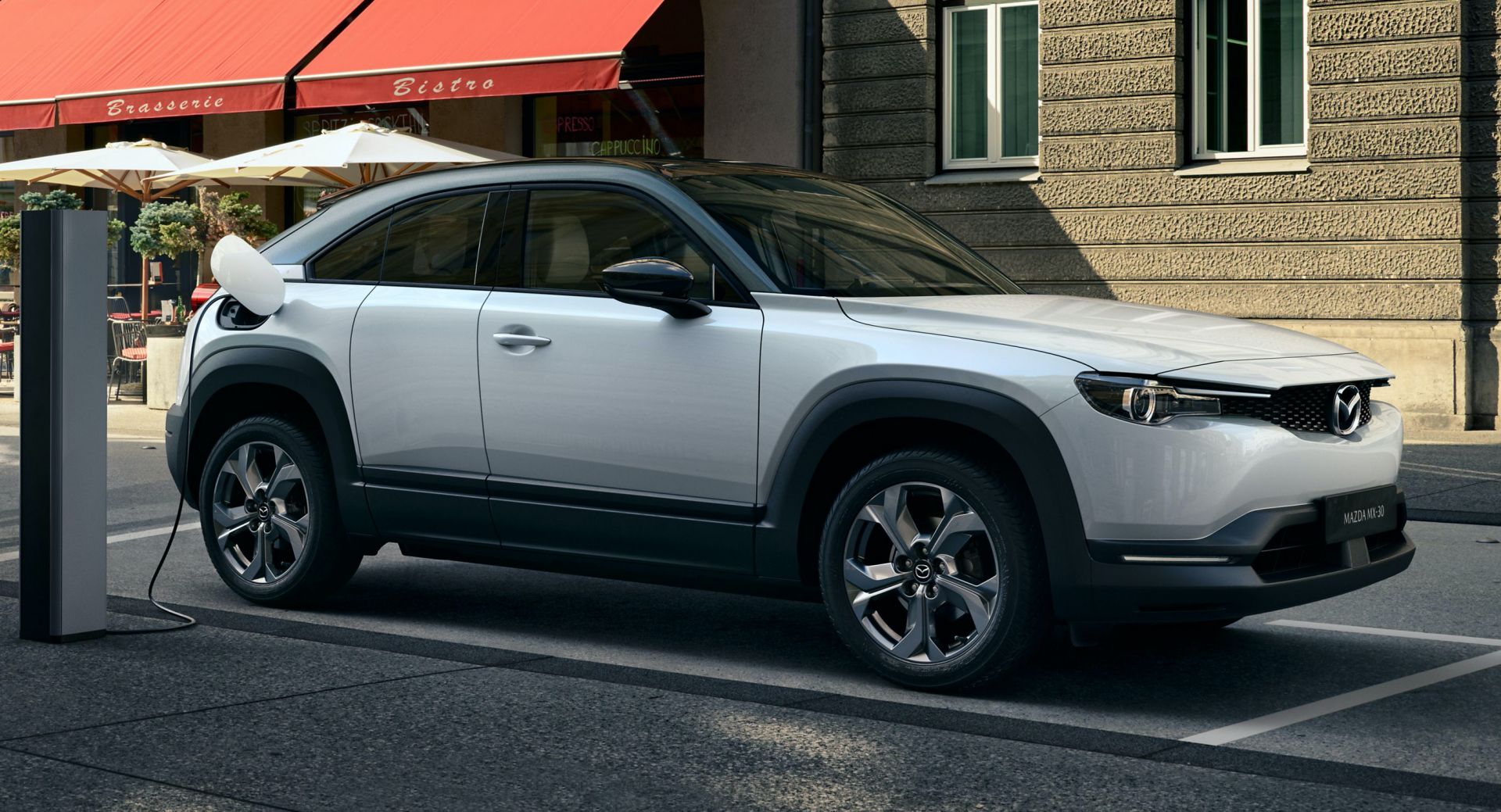 The Mazda MX-30 electric crossover starts at around $37,000 in Europe.

I am willing to bend over for a decent sports sedan/CUV BEV which is why I would like a "lifetime" next gen battery and electric torque vectoring. Might as well take advantage of the instantaneous reaction time of the motors for performance and safety reasons.

Hopefully Canada follows suit and drops the 13% tax in my province.
S

i doubt it will happen, but it might, because both Germany and France (as well as Italy) will push this to happen since their manufacturers will have a lot EV models to sell soon enough. PSA (and thus Fiat) as well as VW are investing into EVs, so their countries will want to support that by forcing whole of EU to drop VAT, to support their own industry and increase world wide competitiveness.
You must log in or register to reply here.
Share:
Reddit Pinterest Tumblr WhatsApp Email Link
Top