I think RX500h performance is understated, but also possibly real. Of course only real world tests will reveal its true performance. It comes down to how quickly the car switches from EV start to ICE on. When you test drive the RX500h it would be very helpful to see whether you can brake torque it like a conventional ICEV.
Click to expand...

I think the other thing to consider is that the RX... even an F sport performance... will still be an RX. It probably won't have abrupt, violent acceleration from a stop even if the horsepower is there because it is an RX.

I dislike the top of the grill and beluga bump so much only because the rest of the design is so good. If they had been able to cut 3-4" off the front overhang and went with a different/more traditional design for the top of the grill, I might be thinking about an RX 500h to replace the GX. They cut 2.5" off the rear... did nobody think to cut as much off the front end? So strange to me. I also think the floating C/D pillar can die now - it's a mid-2010s design cue that is going to age poorly, IMO. The video screenshot that surfaced earlier in the thread with a glare making the D pillar look painted showed how good it would look without the floating roof IMO.

The interior is probably Lexus' best right now. So much technology packed into it, and yet the design is very clean, simple and elegant. I'm a huge fan. This is what the LX interior should have looked like.

Last point is engines. I am disappointed that they are basically the exact same as the NX for a larger and more expensive vehicle, outside of the 500h. NX 350 has been called "adequate" in most reviews and while I don't think the RX buyer is one to be stomping on the gas between stoplights, a $65-70k vehicle with the same engine lineup as a $42k one would give me pause. I think the 350 and 350h are probably fine for standard, premium and premium+ grades, but if you start moving up to F SPORT handling and Luxury packages with more weight (more equipment), we are still talking about 4k lbs vehicle with 275 horsepower. Granted, NX is also about 4k lbs now, so I guess performance between them should be quite comparable. The fact that 2.4T RX 350 only picks up 1MPG over the V6 RX 350 (which also weighs more) is a testament to how good the GR V6 really is.

RX 500h is so impressive - I'm glad they did it. I would like to see an RX 500h with the Luxury package as an option too, or maybe an ultra luxury package if Lexus sees fit.

A few pics from Lexus.com

Gecko said:
RX 500h is so impressive - I'm glad they did it. I would like to see an RX 500h with the Luxury package as an option too, or maybe an ultra luxury package if Lexus sees fit.
Click to expand...

There was mention of a "Premium +" trim level but I haven't seen any details. Like you said, the RX FSP is most of the LF-1, so it's certainly got my attention. It'll be interesting to see how everything shakes out when the configurator goes up.
J

meth.ix said:
I really like the design minus the huge forehead in the front 3/4 view, perhaps a full grille would have helped it appear smaller.
Click to expand...

I do wonder if this is the new design signature, how it's going to be applied across the board especially on sedans like the next ES.

Good video to explain the design of the new RX

Japanese press also mentions DRS(dynamic rear steer, up to 4 degrees) or is it only for JDM?
L

One interesting find, an FSP dedicated new rim that hasn't been shown live

“Spindle body” is what they’re calling it now? More info on the Japanese Lexus website.

I was just reading through that as well haha. And the interview says "The Next Chapter has just begun" kinda excited but I hope this next chapter includes focus on RWD products other than BOF.

Not usually big on silver, but it looks so good on this RX with the RZ wheels!

Grill is growing on me. I liked it first, then was Meh about it now back to liking it lol.
J

Any mention if the RX is going to run flats like the NX has?
S

The Beluga bump is less noticeable in black color. It looks terrible in white and bronze. This needs to be fixed.

The black paint minimizes the awkward-looking effect of the grille quite well.
M

Overall I am a big fan of the styling. Mpg isn’t as good as I had hoped but I would live with it. I’ve never been a big fan of crossovers but I actually like this one. Pricing should be interesting.
S

ssun30 said:
The Beluga bump is less noticeable in black color. It looks terrible in white and bronze. This needs to be fixed.
Click to expand...

It is their design signature for RX... I love it.

ssun30 said:
The Beluga bump is less noticeable in black color. It looks terrible in white and bronze. This needs to be fixed.
Click to expand... 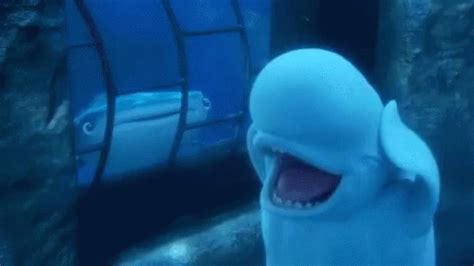 The beluga bump is for echolocation teammate