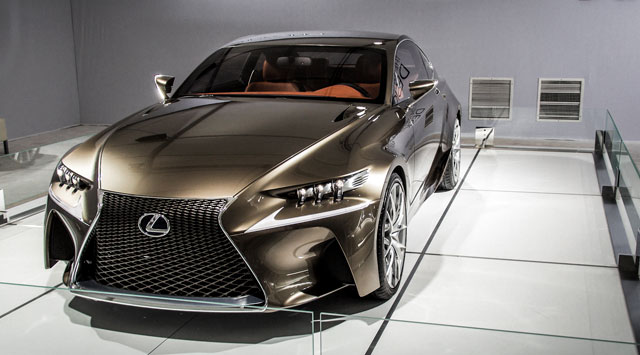 At long last, here are my photos of the Lexus LF-CC concept from its North American debut earlier this month at SEMA in Las Vegas:

The very first thing I noticed about the LF-CC exterior was how fully formed and production-ready it looks — the front grille is sensationalized and overstated, but dial it down ever-so-slightly and the direction of the next-generation IS is clear.

Much like the LF-LC, there’s a polish to every detail:

One other noticeable detail — there’s a real car lurking underneath the bodywork, the radiator clearly visible through the grille. 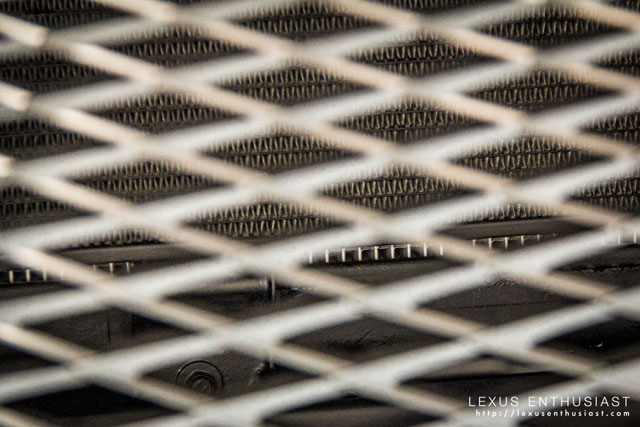 I also had an opportunity to get a closer look at the interior — the designers certainly took a more conceptual approach to the cabin, with orange leather and blue touchscreens everywhere: 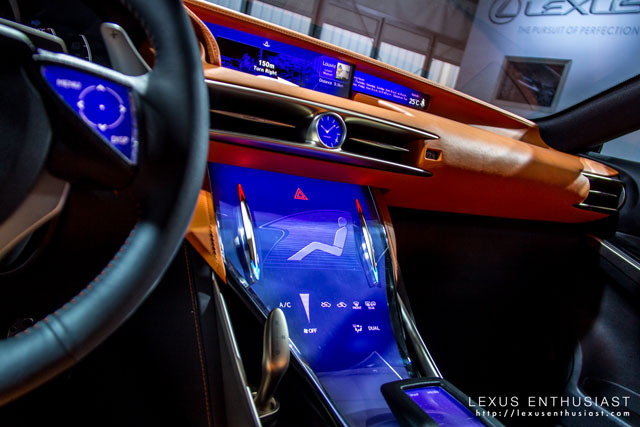 At this point, the LF-CC has been thoroughly discussed — we know that the next-generation IS sedan will be heavily influenced by the concept, and that it also hints at a future coupe that may not arrive until 2014.

Beyond the pure facts, there’s a confidence to this concept that’s visible in every detail — there’s no doubting the importance of the next-generation IS, and with the LF-CC concept, it feels like Lexus is announcing that it’s ready for the challenge.

I think these over-sized grilles should be standard on all F-models, and the smaller grilles should be on regular models. In other words, if you get the F-Sport package, you want this huge, concept-car grille. BD
There should't be any F-sport packages or other nonsense like that.  I wish Lexus would have shunned stupid gimmicks like that and just continued making cars for people with a bit of class.
Can't wait to order this car once the green light is given.
Nice shots Kevin!Can't wait to see this in its finalized form!
If I could have that car with the handling and drive line from the GS 450h F Sport as well as it's red leather interior it would be perfect!