END_OF_DOCUMENT_TOKEN_TO_BE_REPLACED " /> More Information on the Lexus LFA Buying Process | Lexus Enthusiast
Menu
Log in
Register
You are using an out of date browser. It may not display this or other websites correctly.
You should upgrade or use an alternative browser.

As time goes on, we’re going to find the process of selling the Lexus LFA will almost be as interesting as the car itself—case in point, the Toronto Star has published some background information for potential Canadian buyers:

For the first time in mainstream automotive memory, a car is being brought to market that drivers cannot buy outright. Initially, the LFA will only be available on a two-year lease.

There will be no lottery to select who gets the LFA. Toyota Canada will handpick the winners. It was suggested to Di Felice that that sounded a lot like a popularity contest likely to be won by rock stars and boldface names.

“No, I don’t see why if you’re, say, a dentist and you can afford a $375,000 car and you really have a passion for Lexus technology and Lexus engineering, you can’t end up in one of these cars,” [Director of external affairs, Sandy] Di Felice said. “I think what you’re asking me is are we going to bump people for somebody better, and the answer is ‘No’.”

I’ve also read that Lexus is more interested in locating people who will drive the car, as opposed to speculators and collectors.

And what if you’re selected by Lexus to purchase an LFA? Club Lexus member ViperVern received an invitation by mail to attend a special event in the USA: 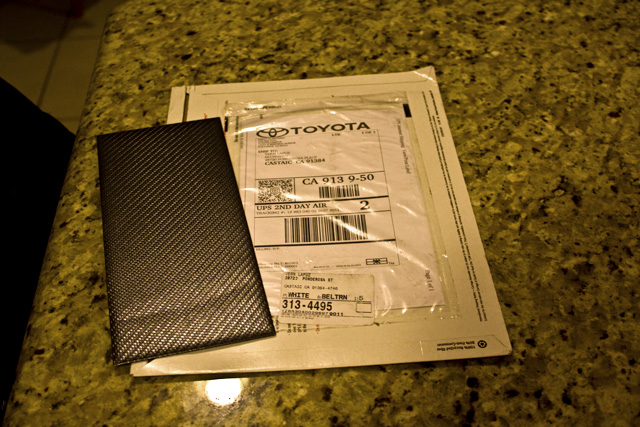 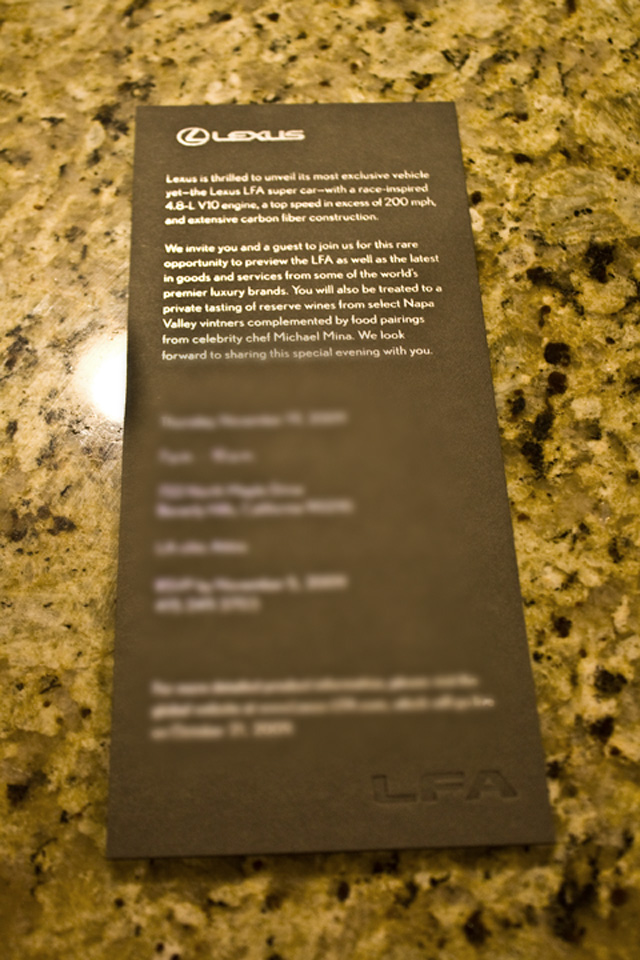