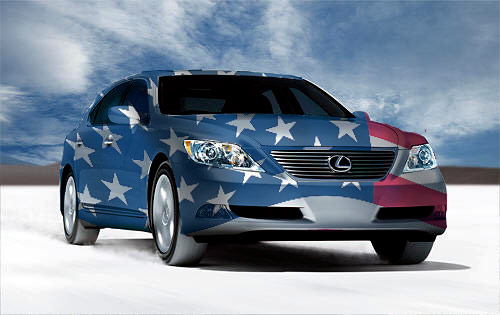 The global economy in effect or the growing geographic ineptitude of America?

An Anderson Analytics survey asked 1,000 U.S. college students to name the county-of-origin of particular brands, one of which was Lexus. 33.7% of the respondents believed it to be an American company, with 37.3% correctly identifying the country-of-origin as Japan. Not a particularly poor result, especially in light of the other misidentified brands — only 16.8% of people correctly identified Volvo as Swedish, and 58.4% guessed Land Rover was American.

Some took this as an opportunity to attack American youth and their lack of knowledge, but it seems unfair considering the volume of brands that exist in the world today. Should students really make a point of learning where cars come from? Cell phones?

Unfair, that is, until you find out that half of American students can’t find New York on a map.