Well, I know there are some fans waiting for this........enjoy

After years of rumors and speculation we are happy to show you the very FIRST LOOK at the 2018/19 Toyota Supra out testing on public roads in Germany!!

The Toyota-BMW joint venture through which the 2018/19 Supra has been created will also spawn a BMW Z5 roadster with rumors suggesting that Toyota will provide the hybrid technology for the sports car while BMW will perform most of the development work on the rear wheel drive chassis and engines.

While the first sightings of the BMW Z5 confirm that it will be a convertible, this Supra MKV prototype is a coupe. Based on the beautiful Toyota FT-1 concept, this 2018/19 Toyota Supra early prototype is seen here sporting basic design cues from the concept that wowed the world in January 2014 at the North American International Auto Show. Obviously, this is a very early prototype and naturally features some parts bin placeholder items (i.e. headlights and tail lights) which will be replaced by actual production parts later in the testing process.

Toyota has stated that the Toyota FT-1 concept was made 10% larger for more stage presence and it is immediately apparent from this prototype that the next production Supra will be much smaller than the sizable FT-1 concept which measured over 184 inches in length underpinned by a 107.9 inch wheelbase. A 10-percent decrease in size would result in a Supra measuring 177 inches in length with a 104 inch wheelbase, consistent with rumors that the next-gen Supra would be similar in size to the Porsche 911.

Also of interest and perhaps in an intentional nod (or simply some parts bin sharing) to the joint Toyota-BMW project, the wheels on this prototype resemble the wheels on the recently released BMW M4 GTS, while the digital+physical gauge cluster resembles those on the newest and upcoming BMW models.

And some comparison images to the FT-1 Concept.

Moved. Thanks for posting... can't believe we are truly on the verge of another SUPRA!!!

Its about time...I don't think they would've done this had Akio not take the helm.

Not all too excited that it'll be a BMW powerplant in the new Supra, but glad to see a prototype.

Those dimensions would put it at a similar size as the MK4 Supra, although, maybe because of the FT-1 to reference, it looks like a smaller car.

oem_is300 said:
Not all too excited that it'll be a BMW powerplant in the new Supra, but glad to see a prototype.

Those dimensions would put it at a similar size as the MK4 Supra, although, maybe because of the FT-1 to reference, it looks like a smaller car.
Click to expand...

I could be wrong about this, but I have a hunch that Toyota is going to use the BMW block and then integrate their own internals and turbos. Sort of like what happened with the 86 and BR-Z. I assume that Toyota will add their own D-4S, VVT-iW, heads and then the forced induction component.

A "Toyota" riding around with BMW electronics and a BMW power plant is generally just pretty terrifying to me, so I am interested to see how this car comes together.

some are saying that is actually the new BMW Z, NOT the TOYOTA version!

TsopranoMB said:
some are saying that is actually the new BMW Z, NOT the TOYOTA version!
Click to expand... 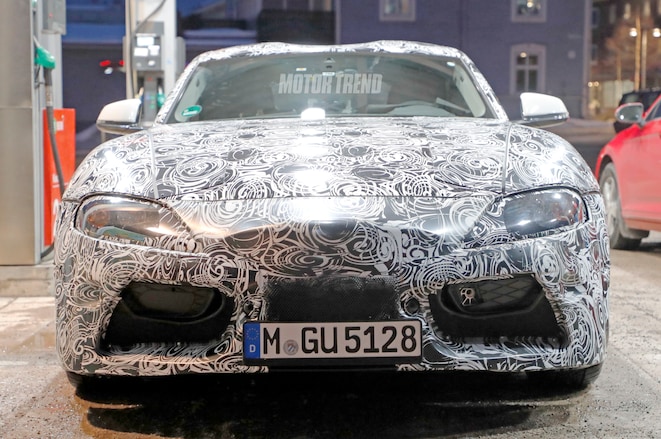 I know it's because its still heavily camo-ed and Toyota is using dummy headlights, but the overall shape of the front end reminds me of the late Mitsubishi Eclipse.
S 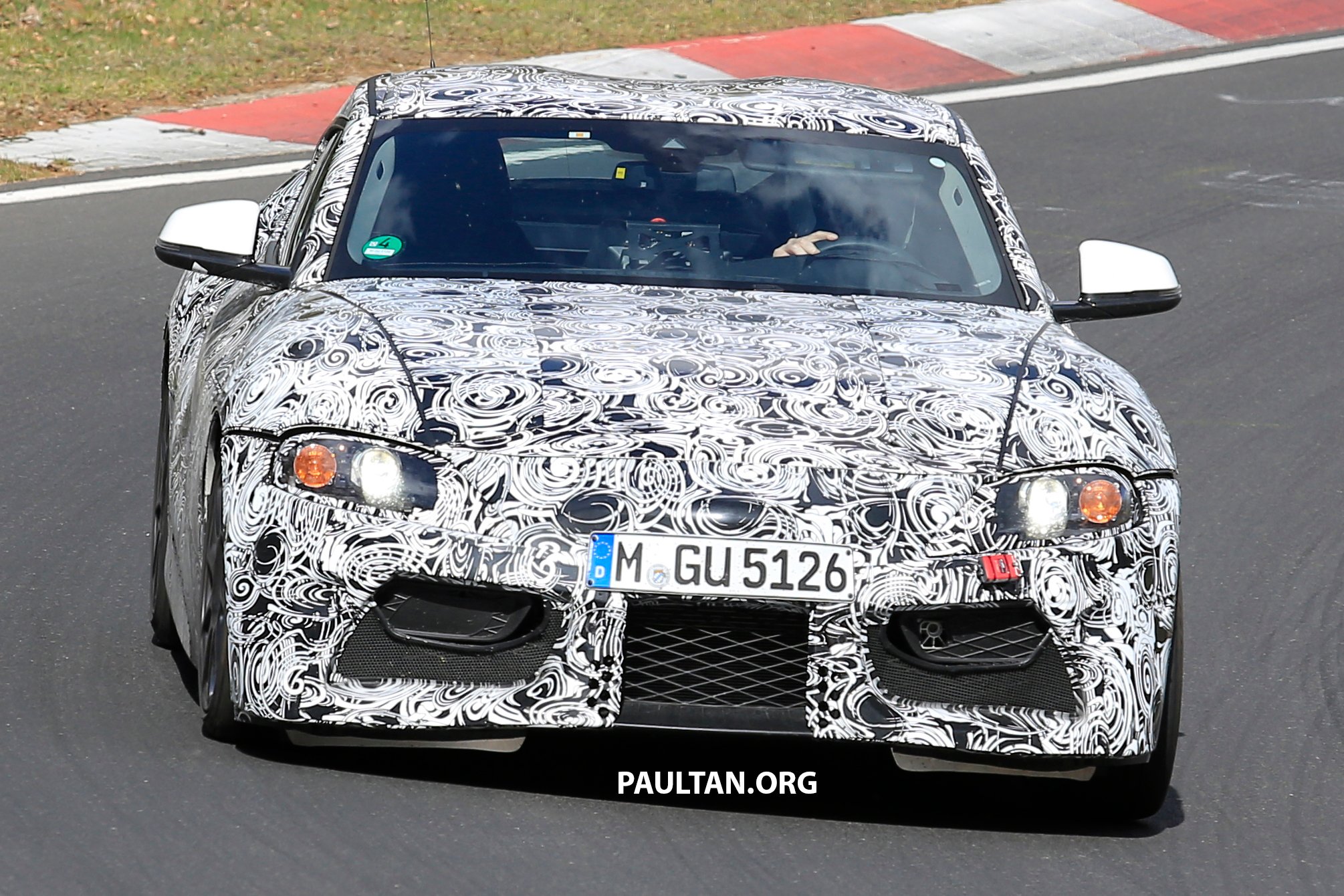 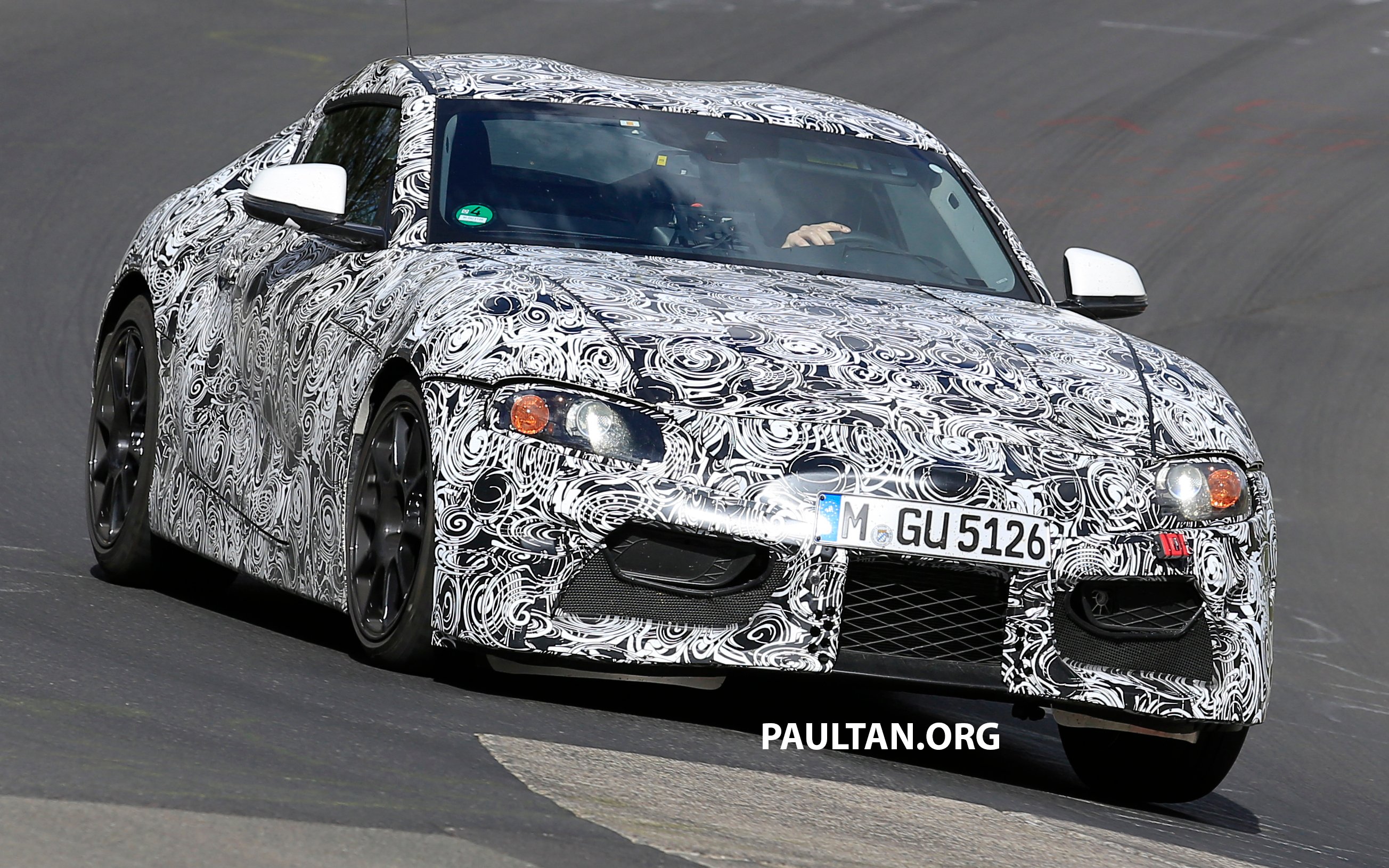 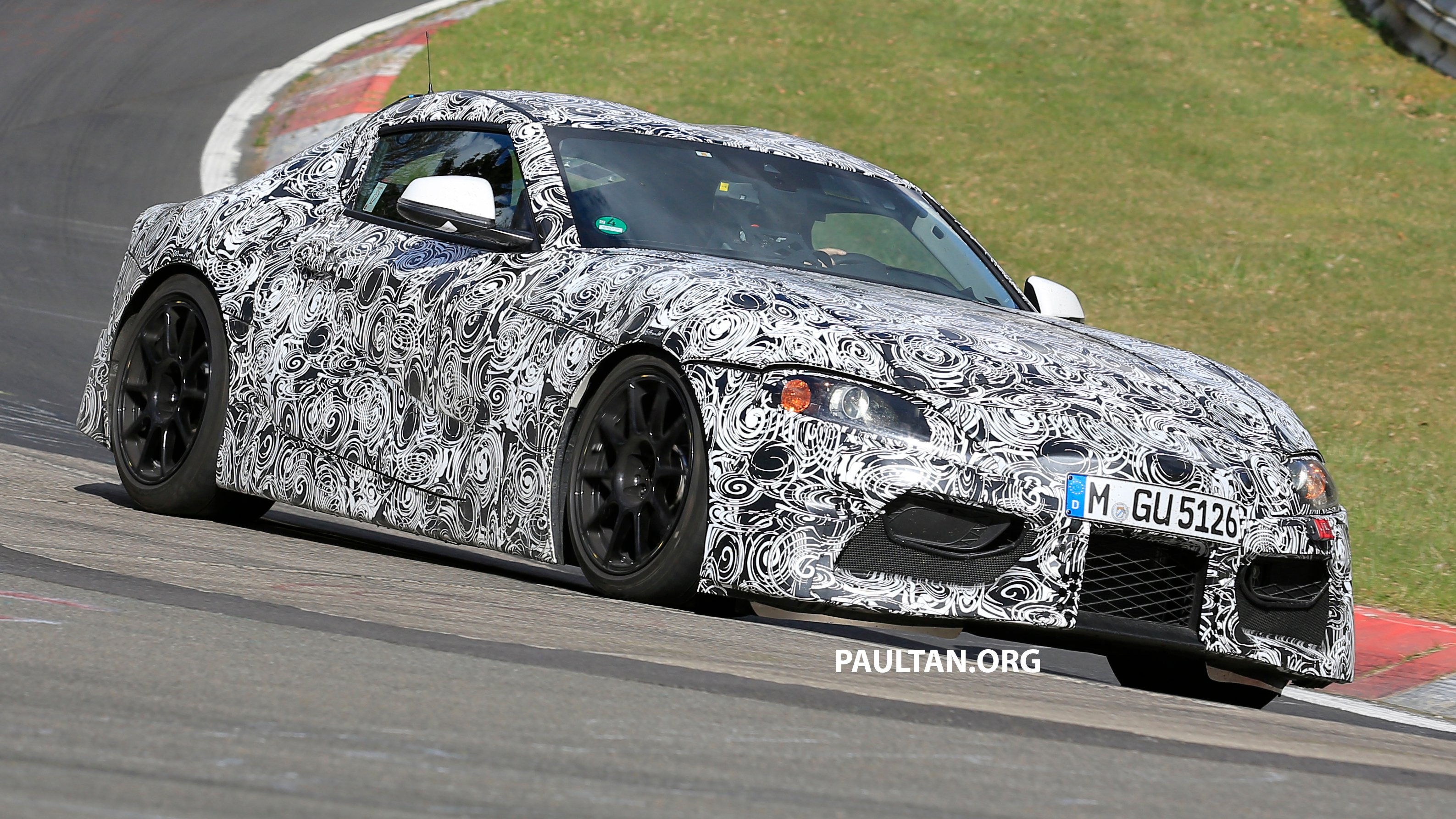 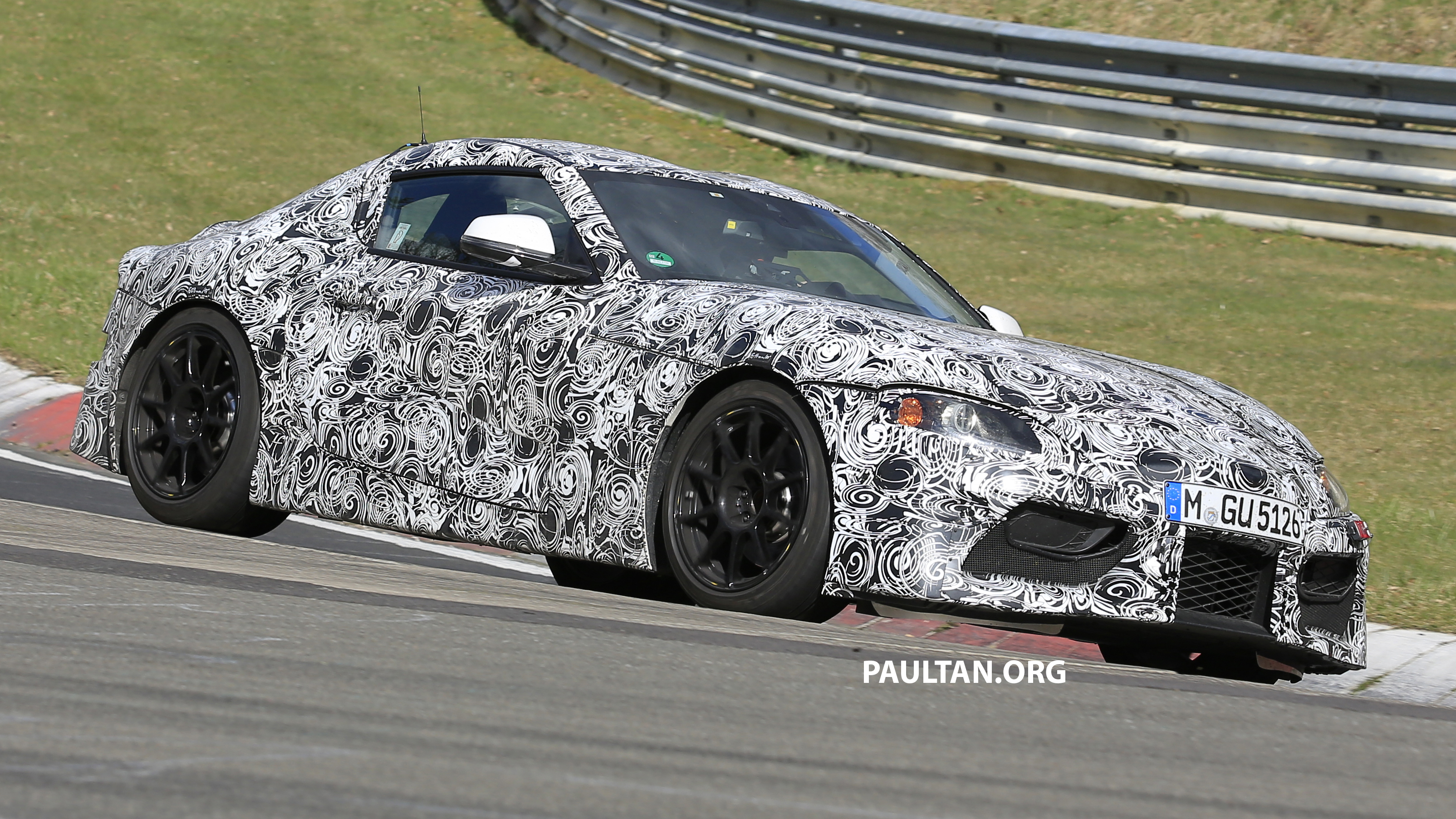 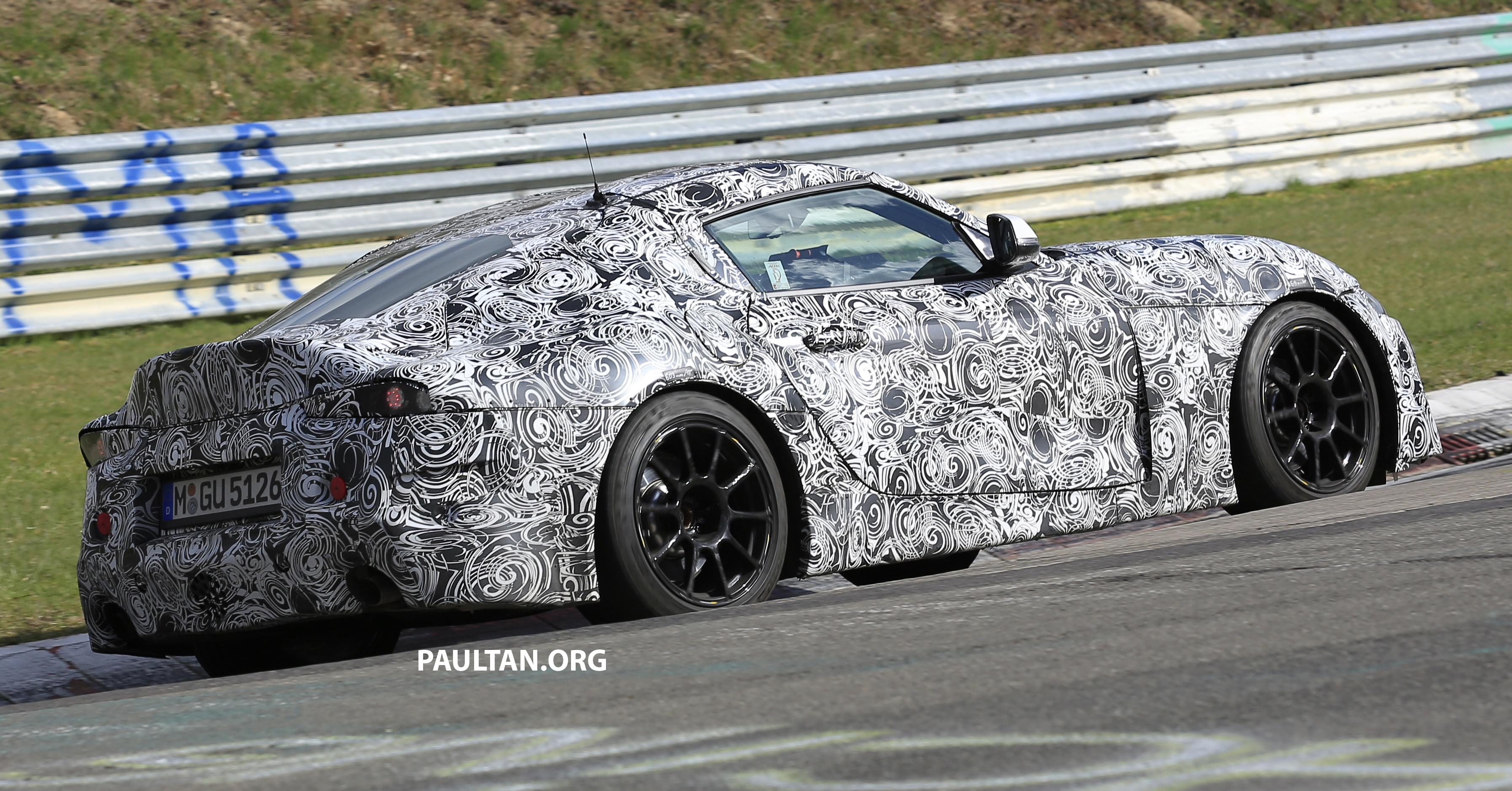 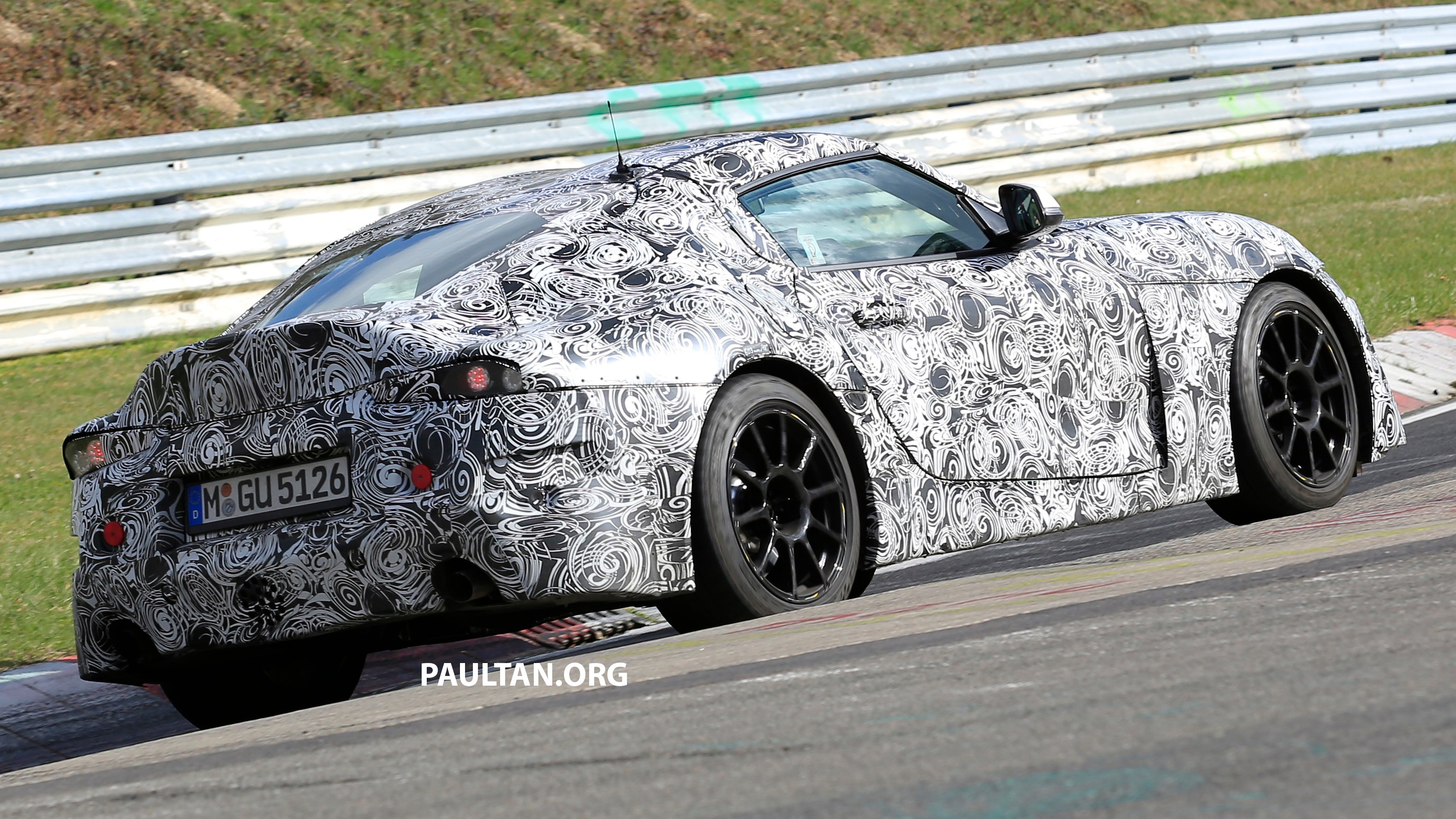 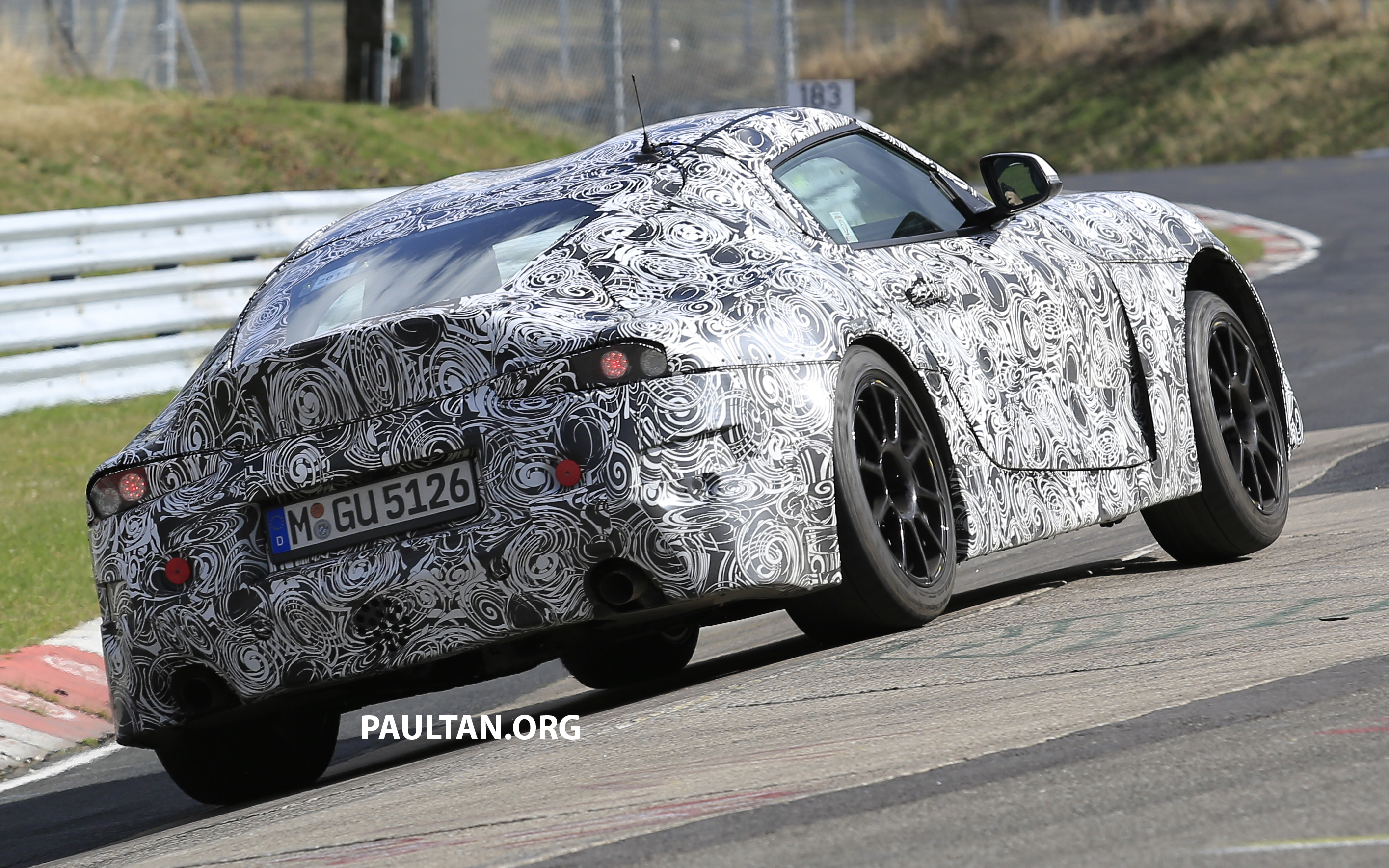 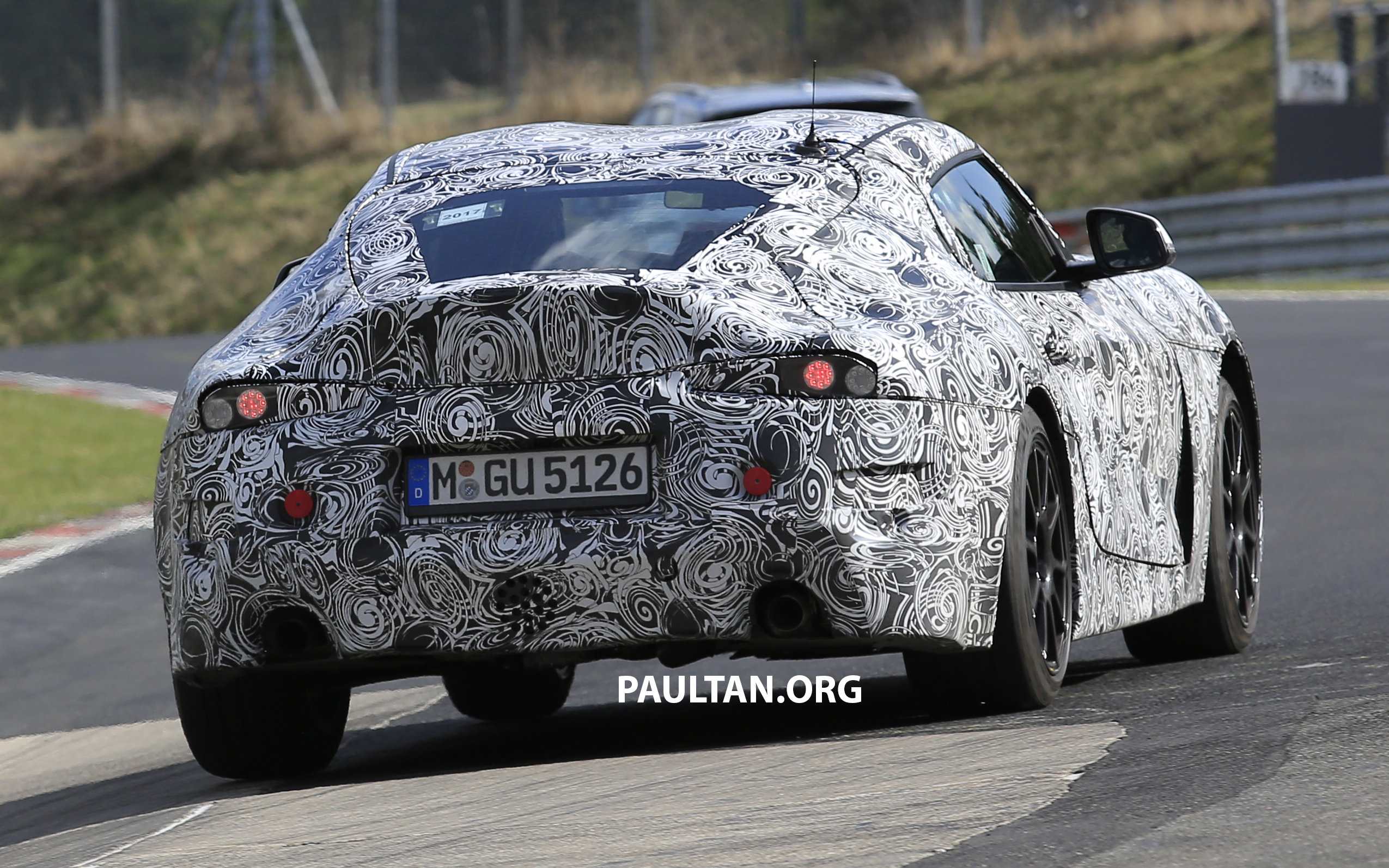 Guess it's true to the MKIV Supra though:

Guess it's true to the MKIV Supra though:
Click to expand...

You're correct. My best guess for this reason is because it is using the BMW Z4's wheelbase. The current model has a 98.3 inch wheelbase. This comparison was made using the 17 inch wheels from both cars as a guide.

This is how it compares to the MK4; again using the 17 inch wheels as a guide. Overall it is roughly the same length. The wheel base does appear to be shorter. If I had to guess maybe 2 inches shorter than the MK4 at 100.4 in. So a 98 inch wheel base does make sense.

@supra93
Totally agree on your point

I need this today not two years from now lol
S

Here are some renderings that are proportional to the prototype.

From what I've been told its very much like the concept.
S 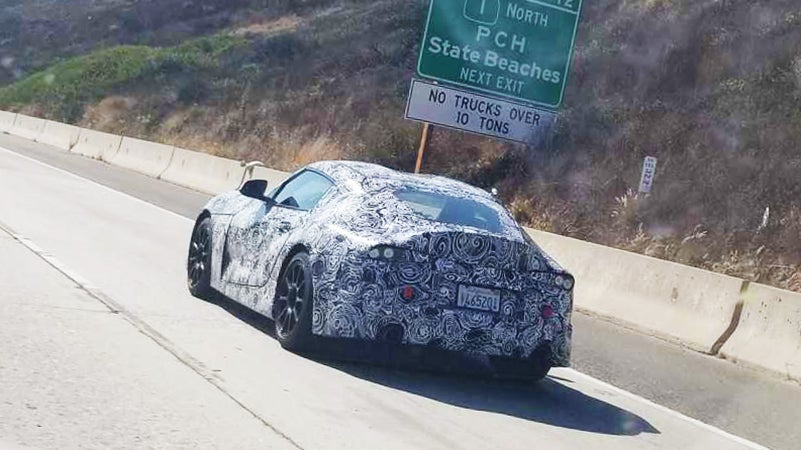 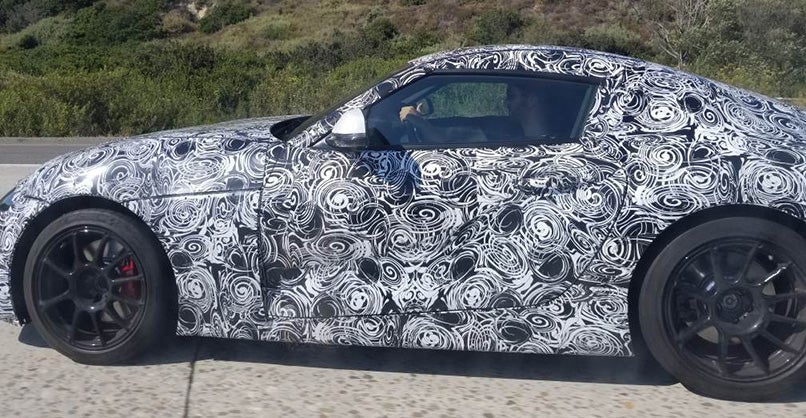 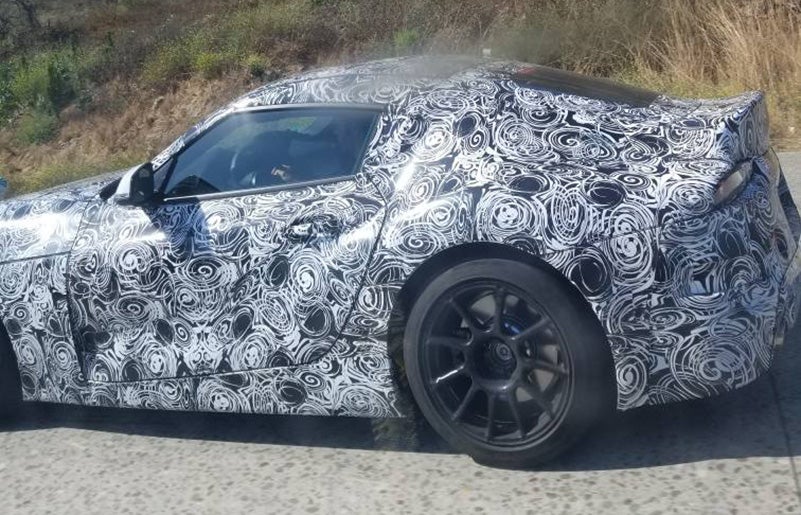 Those latest spy photos show the body creases which are indeed very close to the concept. Previous pics did a pretty good job of hiding that through camouflage.

I am assuming Tokyo debut for this car? October/November?