A causal observer could be forgiven for not seeing any difference between the current LS and this camouflaged vehicle. However, with a Toyota Mirai and a Hyundai Nexo flanking the prototype, an equipped fuel-cell powertrain is a safe bet.

But that’s not the only thing — viewed from the side, it’s clear this LS has been modified substantially. The rear trunk is much smaller, as are the overhangs on the front and back:

In 2015, Lexus debuted the LF-FC concept at the Tokyo Motor Show and foretold a fuel-cell version of the LS flagship. Current wisdom would suggest a production debut some time around next year’s Summer Olympics in Tokyo, where Toyota is expected to launch a major product blitz as the event’s headline sponsor.

That's very hard to believe it's an LS, maybe it's the supposed electric prototype seen before:

And both Mirai and Nexo it's to put us off?

Also, maybe it's only me (and I know it's clearly a test mule), but I'm really digging those short overhangs

It looks like Honey I Shrunk The LS. Might be an IS mule, following on from the new ES being a carbon copy of the LS. The short overhangs are definitely nice.
S

Australian website Motoring has published photos of a Lexus LS fuel-cell prototype currently testing in the USA.
A causal observer could be forgiven for not seeing any difference between the current LS and this camouflaged vehicle. However, with a Toyota Mirai and a Hyundai Nexo flanking the prototype, an equipped fuel-cell powertrain is a safe bet.
But that’s not the only thing — viewed from the side, it’s clear this LS has been modified substantially. The rear trunk is much smaller, as are the overhangs on the front and back:

This is most definitely an IS. My only issue is that it is a bit bulky around the back. I expected the c pillar to be more flowing like the C-Class.
D

I agree with everyone saying it's either a new IS or GS mule. Proportions are way off to be an LS, and Lexus wouldn't need to "squish" it to test an LS fuel cell vehicle. They would just use the regular LS. Size screams more IS to me, and I know it is a mule so it's very early in design stages, but I quite love the shape of it. I personally would love to see the IS look like a mini LS with some RC/F and LC influences.

Proportions look like an IS indeed - I really like the new wheels-size-to-beltline ratio.
However, it is tested together with a Mirai and a Hyundai Nexo Fuel Cell - hence the FC guess.

Finally! Great news for Lexus and the automotive industry to start getting more FC vehicles out there.
C

An IS FCV? Maybe it's Lexus' weapon to gain more sales and market share in China, since China is pushing hard for FCVs. Having a fuel cell version of the next gen IS should give Lexus an advantage over its competitors.

Rumors from Japan say that this is the next-gen Mirai hiding underneath that Frankenstein shortened LS shell. I agree, as that is my best guess as well.
A

Maybe it was This:

You beat me to it. It's definitely not the prettiest, but it's not that bad either. The front is a bit ugly but when you look at everywhere else, it has some really nice styling cues and lines. Also, HOLY F*CKING SH*T THAT INTERIOR IS DROP-DEAD GORGEOUS. Toyota literally knocked it out of the park. It beats every Lexus interior except the GS F, the LC and the LS. And yeah, I'm pretty sure that mule was this. Well done Toyota!

Here's the full website and photos for anyone that is curious. 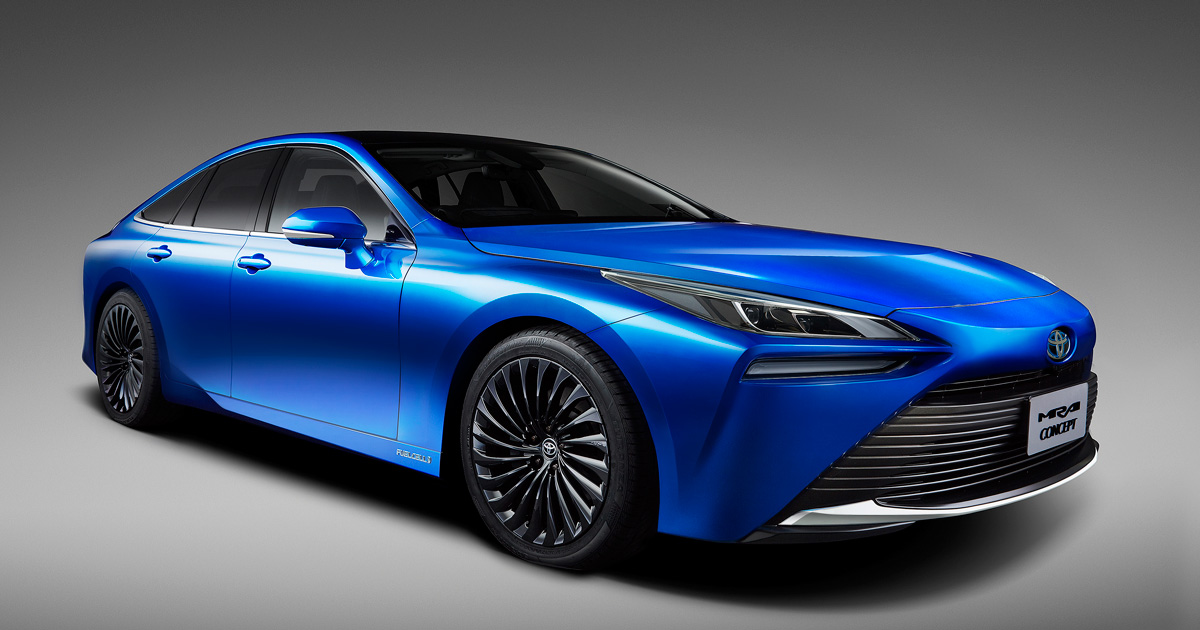 Toyota today announced that it will preview the next generation of its groundbreaking, zero-emission Mirai fuel cell electric vehicle (FCEV) at the 2019 Tokyo Motor Show. "Mirai Concept," a final-stage development model of the second-generation Mirai will be on view at "Future Expo" from October...

^^^ I am in love with all of it expect the pointy nose. The specs seem incredible..
S