A new Lexus LFA prototype has been spotted at the Nürburgring in Germany: 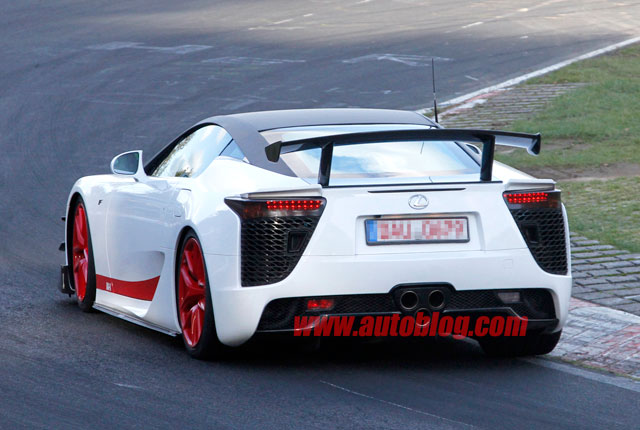 An AD-X decal is clearly visible on the side of the LFA, which makes sense — there was an AD-A & AD-B spotted earlier this year, and the similarities between the prototypes are obvious. 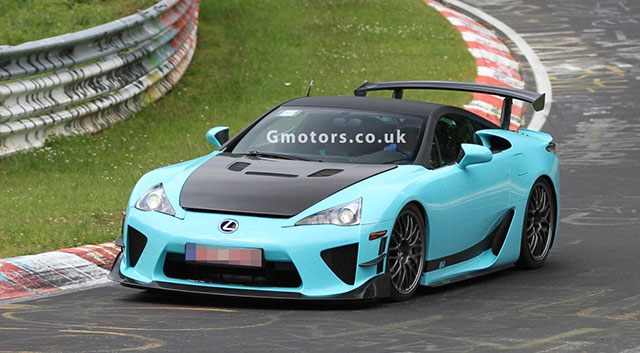 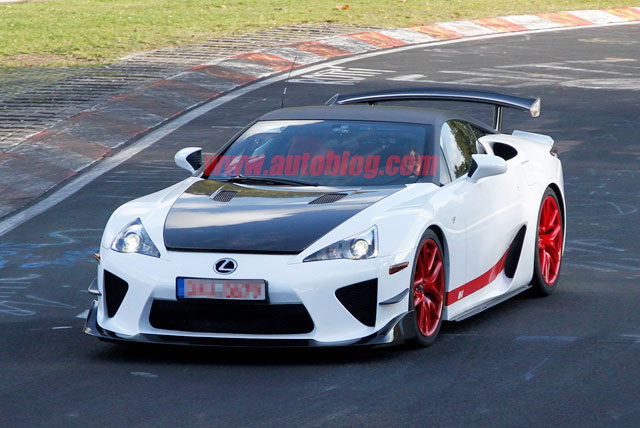 It’s been confirmed that AD-A & AD-B were advanced development one-off vehicles, and not an indication that there’s a new special edition LFA planned — it’s likely the same story with this new AD-X.

(Big question: where are prototypes AD-C through AD-W?) 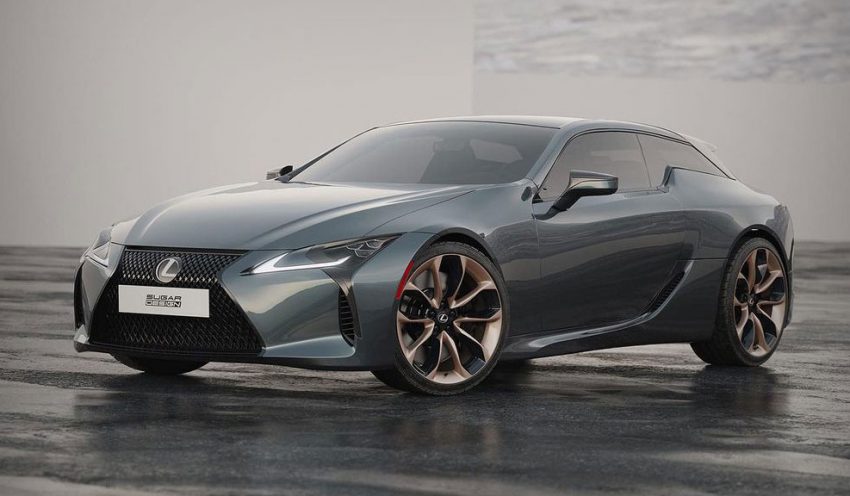 Oh man ! This is totally the color that I like !
I could have sworn,I'm sure I seen a thought bubble emerging from my 12 yr old Son's head the other night when he was sleeping & THIS was the car he was dreaming about.Seriously though,I'm sure he designed one like this on one of his PS3 games.
i think it is a test mule of the production LF-LC
f
here's a video of it http://www.youtube.com/watch?v=BmlNpw2G4R8&feature=plcp
Driving the RZ 450e & LX 600