END_OF_DOCUMENT_TOKEN_TO_BE_REPLACED " /> Lexus Milan Design Week Retrospective | Lexus Enthusiast
Menu
Log in
Register
You are using an out of date browser. It may not display this or other websites correctly.
You should upgrade or use an alternative browser.

When Lexus’ L-Finesse design language debuted in 2005, it also marked the first year of the the company’s involvement with the annual Milan Design Week in Italy—and now, Lexus Magazine has posted a retrospective of the various exhibits over the last five years.

It was at the Milan Design Week last year that the transparent LFA debuted, and 2008 had a matte black LF-Xh concept: 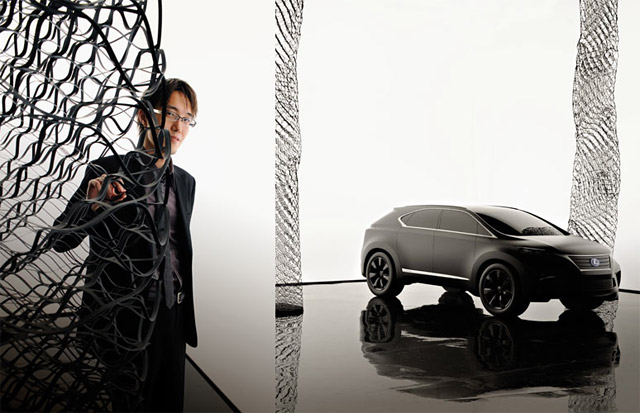 This year’s Milan Design Week takes place in April, and it will be interesting to see just what Lexus comes up with for 2010—smart money would be on something involving the LF-Ch, though it could be anything from the LFA again to the HS.

Be sure to check out Lexus Magazine for a full recap of the past five years.