ssun30 said:
Probably the only difference will be E-Axle, but I'm not positive about that. The E-Axle could be reserved for ES and RX. The E-Axle will make the NX more RWD biased unlike the FWD biased RAV4 PHV.
Click to expand...

E-axle NX would be killer for me.
M

Anyone know when the first drives/embargo lifts for the Prime?

Gecko said:
Anyone know when the first drives/embargo lifts for the Prime?
Click to expand...

I don't know what's happening overseas but I believe that the traditional notion of long-lead and short-lead press previews in the U.S. where car journalists are flown to one location to sample a new car has been placed on hold due to COVID-19. I do know that the last event either I or someone else from Que Auto Compro would've attended (for the Hyundai Sonata Hybrid) was cancelled due to the pandemic, with Hyundai instead inviting us to a virtual online press briefing and promising that the Sonata Hybrid would be sent to the local regional press fleets "soon".

spwolf said:
Critics - be that forum dwellers or professional ones.
Click to expand...

Only thing critics be writing about is how many buyers are on the waiting list to buy one.
M

Nice to see them side by side.
S 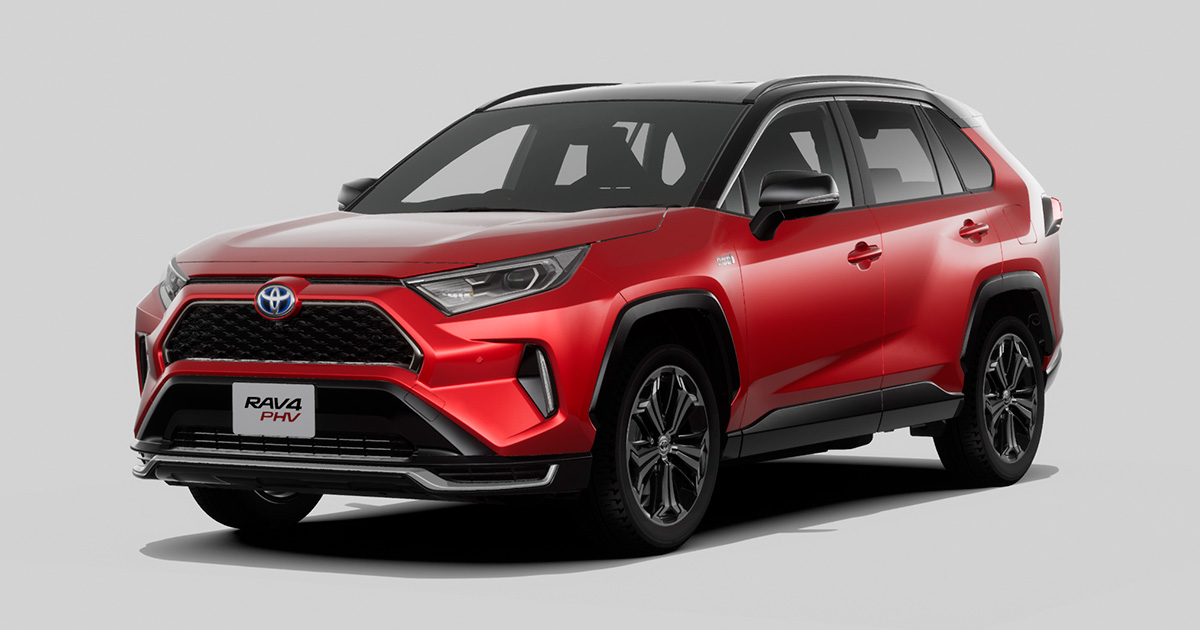 pricing in Japan looks wild... i guess it all makes sense with govt incentives, or does not if there are no any.

But, it does brought me a question, we know (thanks to our Chinese colleagues) Toyota ChDM is doing a Avalon PHEV, should be based on this system? It does seems to have a higher battery pack between the axles to comply with a sedan lower ride height without compromising interior livability.
Even reducing the battery capacity (given it's a sedan it's more fuel efficient), battery cells will have the same height...

Nice to see them side by side.
Click to expand...

What's your opinion? Do you think this is "sedan-compatible"?

Also, it does seems to have a incredibly efficient heating system:
"The air conditioner employs a heat pump system that uses the heat from external air to raise the temperature of engine coolant water to heat the vehicle interior."

Toyota might be late, it does sound to have a very well planned PHEV system, orders of magnitude above what they managed with the already great Prius Prime.
S

that cutway brings up anxiety levels into the dense packaging of this system. Cool view

suxeL said:
that cutway brings up anxiety levels into the dense packaging of this system. Cool view
Click to expand...

I love well packed electronics and hardware. I think there's some part of my lizard brain that's tickled by it.

Edit: I bet they get to click and clip so many things together making it. Routing stuff through stuff. Plugs at custom, perfect angles.

What's your opinion? Do you think this is "sedan-compatible"?
Click to expand...

I don’t know. TNGA is pretty flexible...I’d like to see the standard Prius have this 300hp AWD power train.

This is the first time the words "perfect vehicle for most households" have crossed my mind. The utility of this thing is insane.

Could you overland with this sort of PHEV?
M

So my estimates about battery specs are almost correct. I expected ~18-19kWh total and 14-14.5kWh usable. The MG2 is changed from the 88kW 3NM motor to the 134kW 5NM (sames as the Highlander Hybrid). The motor upgrade is necessary to accommodate more power from the battery so it makes sense. But they didn't change the ICE from 130kW to the upgraded 139kW version on the Highlander Hybrid, why not?

One interesting thing about the battery: the cells have the same capacity (51Ah) as the C-HR EV/UX300e. In fact the the battery pack is exactly 1/3 scaled down from the BEVs (96s1p vs. 96s3p and 18.1kWh vs. 54.3kWh), and the cells are arranged in a 4x24 configuration. Usually PHVs and BEVs use battery cells optimized for power density and energy density separately, making it impossible to use a common cell design. It seems Toyota is the first manufacturer to use a common cell for its PHVs and BEVs and this is a potential game changer. But the problem here is C-rate. The C-HR EV version has 3C giving it 150kW max. From the deep dive video above we can tell it has at least 100kW in EV mode, making it close to 6C.

6C on BEVs is not unheard of. Both the Model S P100D and Taycan Turbo S are rated close to that but these are extreme performance applications. To see Toyota giving the battery such high C-rate for a mainstream model is pretty surprising. Either they are really confident with the safety design or Panasonic has done some magic with the chemistry in these cells. But don't take my words as truth since these are only speculations. The same capacity could be just a coincidence and the actual cell design might be significantly different.


Will1991 said:
But, it does brought me a question, we know (thanks to our Chinese colleagues) Toyota ChDM is doing a Avalon PHEV, should be based on this system? It does seems to have a higher battery pack between the axles to comply with a sedan lower ride height without compromising interior livability.
Even reducing the battery capacity (given it's a sedan it's more fuel efficient), battery cells will have the same height...
What's your opinion? Do you think this is "sedan-compatible"?
Click to expand...

The height problem can be solved by using 18650 cylindrical cells. They could not reduce the height of prismatic cells. The ChDM Corolla E+ already uses 18650, and they will "sidegrade" the C-HR EV to 18650 in the near future. So it makes sense at least the ChDM Avalon PHV also uses 18650 to take advantage of commonality. What I think will happen is Tesla will gradually reduce cylindrical cell production and migrate to prismatic, therefore releasing a lot of capacity at Panasonic to provide these cylindrical cells to Toyota.
To qualify for China's PHV subsidies and NEV credit the Avalon PHV needs a minimum range of 50km, extrapolating from the Corolla E+ I expect it to have 12-13kWh total and 9kWh usable capacity.
M

Reviews from all outlets coming next month.
M

So the CR-V hybrid failed to deliver on promised MPG by a lot. Seems to be another win for THS-II and loss for i-MMD.

This same system was competitive on the Accord hybrid against Camry hybrid. But somehow on CR-V it's underperforming.
You must log in or register to reply here.
Share:
Reddit Pinterest Tumblr WhatsApp Email Link
Top