END_OF_DOCUMENT_TOKEN_TO_BE_REPLACED " /> New Lexus High Performance F Model Coming to Detroit Auto Show | Lexus Enthusiast
Menu
Log in
Register
You are using an out of date browser. It may not display this or other websites correctly.
You should upgrade or use an alternative browser.

Lexus has released two teaser images for new model set to debut at the Detroit Auto Show in January — here they are (click for a larger version): 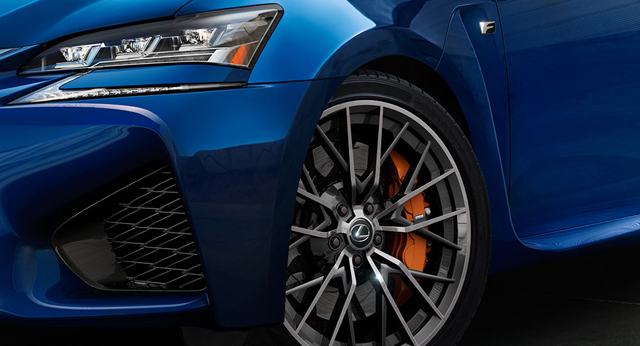 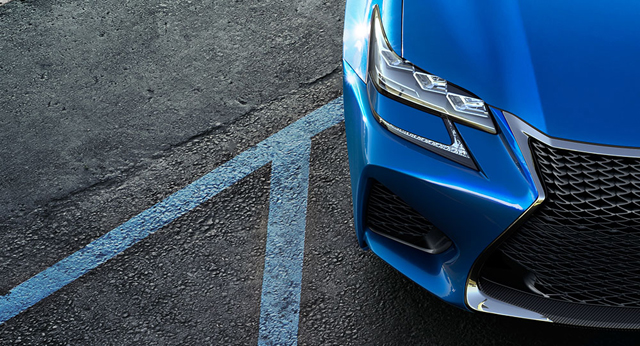 Lexus announced it will be adding a second vehicle to its growing stable of F brand high performance models. Earlier this year, the luxury manufacturer launched the RC F, a V8 powered performance coupe.

The newest Lexus F brand vehicle will make its global premiere at the 2015 North American International Auto Show (NAIAS) on Jan. 13. The vehicle will be revealed at a press conference in the Lexus display space at Cobo Center on Tuesday, Jan. 13 at 8:40 a.m. EST.

While nothing is confirmed, the images are almost certainly the highly-rumored GS F — in the past few months, prototypes for the new super sedan have been spotted all over the world, and there are strong hints of the GS in both images.

Early impressions from the images: LOVE the headlight design and integrated carbon fiber front lip. What do you think?

Anyone remember the Toyota Aristo twin turbo ? Lexus about time too you bought this out !!
Why are paople guessing around about the output of the engine? It will be the RC-F engine. So it will have the exact same output. There isn't going to be two different tunes of the same engine.

you dont know if its the same engine, maybe the same capacity 5L, if they put the same engine and the same HP then no one gonna buy it, why would you spend around 75k-80k when you have the same or even better performance in the RC-F, it doesnt make any sense, unless you want a big sports car and not a coupe....
Yep, this is not quite the same as M3/M4 where output is the same.

did anyone see the new cts-v??640hp, 201mph....what the hell is going on? its a supercar....even the germans cant compete.....its gonna be hard to compete with this thing if its price even close to GS-F and germans.....good job cadillac....they stepped there game...lets see who will follow...

Impressive numbers but unimpressive engineering: They just slapped in a ZR1 motor. Its an "American" car, what do you expect? Its all about HP, HP, and more HP!
thats true...american cars cant handle....they just go in a straight line..but what i want from lexus is to make risks...they are always in the safe zone...and in the styling department its the same excluding the RC-F...they need to make a change...when they made the spindle grill it was a good move...but they have to continue like this...bmw doesnt need any risks, because they have their heritage...but lexus need these risks...just make a 4.0L with twinturbo and put it in every F car....
So the ES is a track car? While that was true back in the 60s, the newer ones beg to differ.
HP sells in the US...it may not impress those in Asia, but if you want to compete against ze Germans, you got to bring a gun to the fight.
Last I checked, Lexus is doing fine w/o "ridiculous/insane" HP cars (LFA doesn't count:) If Cadillac feels it needs to catch up with hi-HP cars, then good for them.
Yeah, the new CTS V has ridiculous hp numbers. Wow! If Lexus wants to compete with the Germans and, now Cadillac, they'd put a supercharger in the new GS F. One thing though according to Cadillac, 0-60 times and maybe 1/4 mile numbers are pretty similar to the E63 AMG. Also look at the Hellcat, it sports 707 hp and it doesn't put the whole power down. It's the American way, more hp in a big displacement engine while the Germans usually have more power than what the specs say.

do you guys remember the RC F GT3 concept with 540 horsepower, that might be put into the GS F

Yeah, and they will detuned it to 497hp or something around that *rolleyes*

83-86k fully loaded would be a good price compared to 76k RC-F
its a GSF look at the hood, it has the same folds/bulge as a gs hood
How about putting the 5L TT V8 from the TS650 prototype? 640bhp to complete with the just announced CTS-V with the same power output.
Driving the NX 450h+