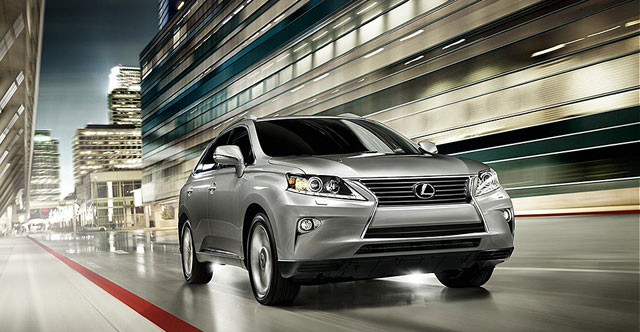 From Japan, notable future product includes a coupe and convertible version for the 2014 Lexus IS; a source told us that the coupe has gotten the green light, but a revival of the convertible has yet to be approved. Lexus will also receive a long-awaited three-row crossover, which should bear the CX name.

A coupe based on the LF-CC concept has been the topic of much discussion, and is currently rumored to arrive in 2015.

The big news is the idea of a three-row crossover — this possibility was first mentioned in an interview with Lexus USA VP of marketing Brian Smith earlier this year:

Smith says one of the brand’s two large body-on-frame SUVs, the GX and LX, could be converted to unibody platforms as the auto maker works to meet looming government-imposed fuel-economy regulations.

“In the future, if we could do a 3-row unibody (utility vehicle), I think that’s what consumers would want to see,” he says.

Also rumored is a compact crossover, which is expected to debut this year as a concept at the Tokyo Motor Show — adding these two SUVs would be a huge boost to the Lexus lineup, especially if they can capitalize on the success of the RX.

I highly doubt they will call the vehicle a CX. Mazda already has the CX nameplate. I also don't see them moving the LX to a unibody platform.

Mazda has also been using the RX designation while Lexus had the RX.
Mazda had the RX nameplate since the late 70s. I'm not sure why Mazda didn't seek legal action. They might consider the RX-x as a nameplate instead of RX. Lexus did seek legal action against Lincoln for the use of the LS nameplate. So I highly doubt Lexus will use the CX nameplate. Toyota tried to use the xC nameplate for the what is now tC but didn't because Volvo has the XC nameplate. I'm guessing trademarking names back then wasn't really big until early to mid '00s.
If that's the case, then CX makes way more sense than NX considering: CT - CX GS - GX LS - LX I still like the CX nameplate more than NX since it's not even related the current line of Lexus.

The NX next year should cover $35k-45k The redesigned 2015 RX should start at $45k and go to $60k And the 3rd row crossover should compete head-to-head with the Mercedes GL. Lexus should have done this ages ago! The HPX Concept was a great idea, who's time had come in 2002..... BD

Who even said it was even a 2015 model? 18-19 months from now is barely a likely reveal (2014 L.A. Auto Show) or NAIAS 2015. It's a 2016, which barely had it's final design frozen recently and coming to design patents near you in 2014.
You're right black, the HPX has been copyed by Infiniti with their first FX, actually i always thought that the FX was a shameless copy of the Lexus HPX concept
No, it certainly was NOT copied by the FX and quite a petty, very invalid assumption. The Lexus HPX was barely introduced in 2003 and designed in the second half of 2002. The 2003 Infiniti FX design program ended in early 2001 with a frozen production design, that began production as the 2003 FX in late 2002. The FX was first previewed in January 2001 as a radical concept designed in September 2000. The second concept was designed in the summer of 2001 and shown in January 2002 as a thinly veiled production model. So where was the HPX during this time, as concepts usually 5-12 months to create. I liked the HPX, but you are jumping the gun in accusing Infiniti of copying. Many people in 2003 also accused Lexus of ripping off the FX, so IDK what you're getting at: forums.vwvortex.com/showthread.php?802063-Lexus-HPX-Crossover-Concept

Am i the only one that think the Main picture of this thread at the top with the RX in grey think the RX looks really good ?