Along with the traditional automotive media, Jay Leno also had an opportunity to drive the next-generation Lexus IS prototype:

While it’s all unconfirmed, JL spills plenty of detail on the new model:

There’s also a quick glance at the interior without the plastic coverings we saw last week: 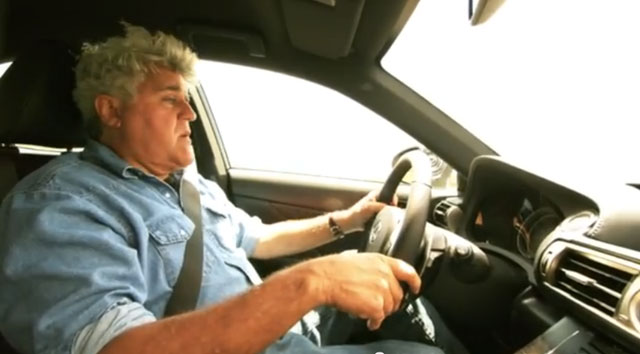 Overall, JL speaks highly of the next-generation IS, comparing it favorably to the German competition and complimenting the handling and performance — great video to watch.

The 250 gets a 6-speed auto.   NO manual is ever mentioned.  No hybrid in the US (Available elsewhere) Hard to have a mandate of "Make it more fun to drive", but you get no more power, and no manual. Lexus is trying to drop the ball on this one..... BD

I really hope the IS gets option for LED headlamps in a tech package. However, I have high doubts about my wish. They aren't available as option on ES, and the upgraded headlights on GS are dual HID Bi-xenons (but they still look great). I think they an give extra distinctive Lexus flare to the CT200h, and LS600h. They would make the next-gen IS look even more like the LF-CC
Interior is not covered up! :)
Hopefully the throttle response is bmw like...
The wheel gap is atrocious.  Seriously Lexus, being able to fit monster truck tires on an IS doesnt scream sporty.
Same engine with no horsepower increase ? I ain't buying !!!!! Rather drive my modded is350 right now !
Driving the NX 450h+