Lexus USA has released a new iPad app for the 2013 ES 350, and it’s great for exploring the new sedan in a very unique way.

Much like the previous 2013 GS app, there’s a very candid and informative comparison between the new ES to its competitors — here are some interior screenshots as an example: 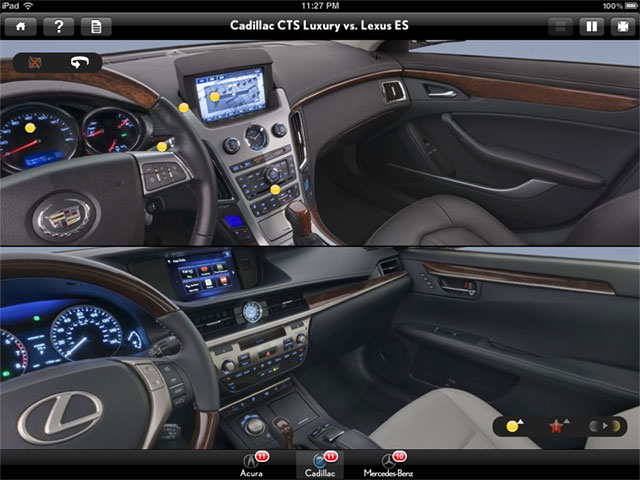 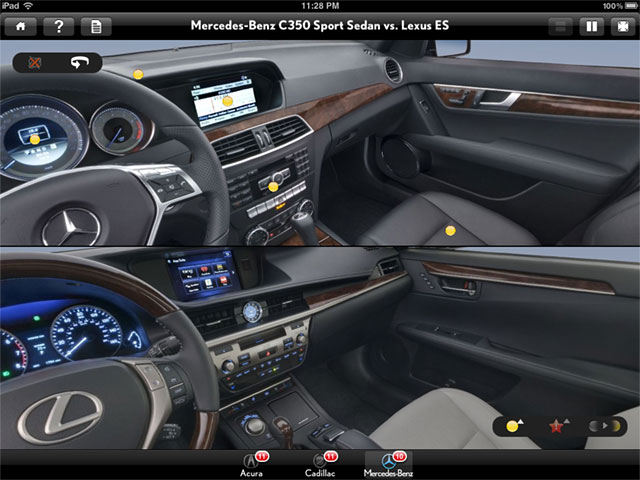 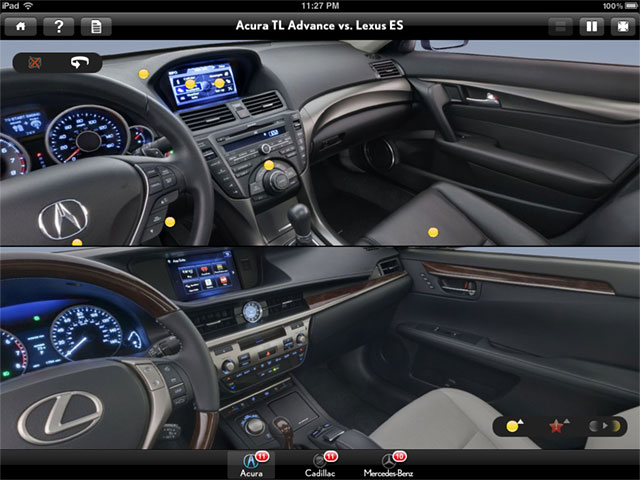 Very impressed with this app — using the iPad as an advance sales tool is a very smart move, and more than that, it demonstrates some real understanding of what potential customers want to know. Highly recommended to anyone interested in the 2013 ES.

iPad apps again ... =.=
I sure do miss the touchscreens on the past Lexus models :(
App for Android ??

That's pretty good
It is funny how vehicles are starting to look more and more alike.  I would find it very interesting to see a list of the major Tier One suppliers for the LS460.   These days, with the exception of engines and bodies,  most of the rest of the components come from these major suppliers (HVAC modules, instrument panels, transmissions and the like).   Although suppliers get little or no credit, a lot of the innovation and quality improvement we have witnessed in the past decade is thanks to the advantages behind this horizontal integration method.
Driving the NX 450h+