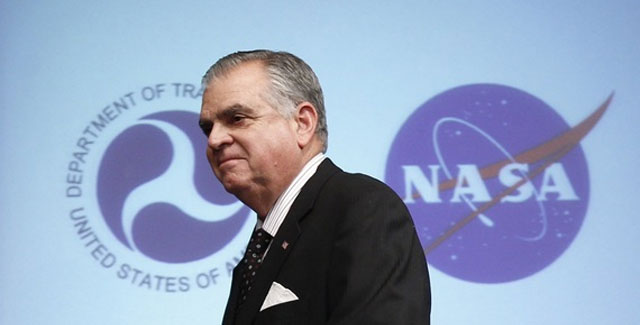 After a ten-month study, the USA’s National Highway Traffic Safety Administration (NHTSA) & NASA have concluded that there are no issues with Toyota & Lexus electronics that would cause unintended acceleration — from a statement by U.S. Secretary of Transportation, Ray LaHood:

NHTSA has already identified the only two known real-world causes of high-speed unintended acceleration in Toyotas, and Toyota has taken action to correct these defects. The first defect involved a design flaw that allowed drivers’ gas pedals to become entrapped by floor mats while their vehicles were in motion. The second defect, so-called “sticky pedals” made some Toyota accelerators too slow to release.

Today’s results were the product of one of the most exhaustive, thorough, and intensive research efforts ever undertaken.

NASA engineers pored over more than 280,000 lines of software code looking for potential flaws that could initiate an unintended acceleration incident. Alongside NHTSA, they bombarded vehicles with electro-magnetic radiation to see whether it could make electronics systems cause the cars they control to gain speed.

And today, their verdict is in. There is no electronic cause behind dangerous unintended acceleration incidents in Toyotas.

Certainly a breath of fresh air — here’s what Toyota had to say about the findings:

“Toyota welcomes the findings of NASA and NHTSA regarding our Electronic Throttle Control System with intelligence (ETCS-i) and we appreciate the thoroughness of their review. We believe this rigorous scientific analysis by some of America’s foremost engineers should further reinforce confidence in the safety of Toyota and Lexus vehicles. We hope this important study will help put to rest unsupported speculation about Toyota’s ETCS-i, which is well-designed and well-tested to ensure that a real world, un-commanded acceleration of the vehicle cannot occur.

“We will continue to develop and equip Toyota and Lexus vehicles with industry-leading safety technologies, including many based on breakthroughs in sophisticated electronics systems. We will also continue to cooperate fully with NHTSA and respected outside experts in order to help ensure that our customers have the utmost confidence in the safety and reliability of our vehicles. Everyone at Toyota – all 30,000 of our team members in the United States and the many thousands of Americans at our dealers and suppliers across the country – is focused on listening to our customers and constantly improving our products and service.”

For full details, my first recommendation is the full NHTSA press release, followed by Ray LaHood’s personal statements. I’m just glad to see this chapter of Toyota history come to a close.

In the NewsLifestyle
Akio says so.

It's nice to know that our government has good sense. I'm kinda glad that this whole recall thing happened though... It did raise my confidence in Lexus vehicles in an indirect way.
NOW----IF WE CAN GET APOLOGIES FROM THE MEDIA AND TRY TO REVERSE THE DAMAGE DONE TO MIGHTY TOYOTA----SO MUCH OF THIS DEFAMATION WAS BLOWN OUT OF CONTROL-----THE DIE HARD TOYOTA AND LEXUS LOYALIST WILL PREVAIL. KEEP UP THE GREAT WORK MR. TOYOTA AND KEEPS US #1
agree. this is a victory for Toyota. however, their idle coasting speeds are inconsistent and I experienced un adjustable coasting speeds of 15mpg which was extremely burdensome on the brakes