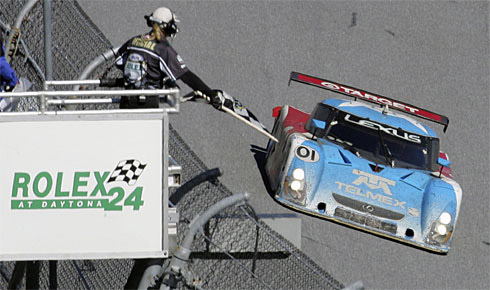 The No.1 Lexus Riley Prototype has won the Daytona 24 race for the third year in a row, marking the first time this has ever been accomplished in the race’s history. Piloted by Scott Pruett, Juan Pablo Montoya, Dario Franchitti and Memo Rojas, the Chip Ganassi team powered through the 24 hour race with none of the problems that beset their competitors:

The stat sheet will show the No. 01 won by two laps, led 252 of 695 circuits and the last 100. But for the first 19 hours the race was anything but a walkover, more resembling a last-man-standing test of mechanical preparation, luck, will and ability to not only survive, but thrive in conditions that went from wet to dry and back again.

The team did it well enough that aside from an early tire problem, the 2,474.2-mile marathon was trouble-free on the track. The only hiccup came when Franchitti was awakened too late for a stint, forcing Pruett to do extra time, but that didn’t slow them down.

Easily one of the most demanding races out there, it’s an amazing achievement to win it just once, nevermind three years running. Congrats to the whole Chip Ganassi team! 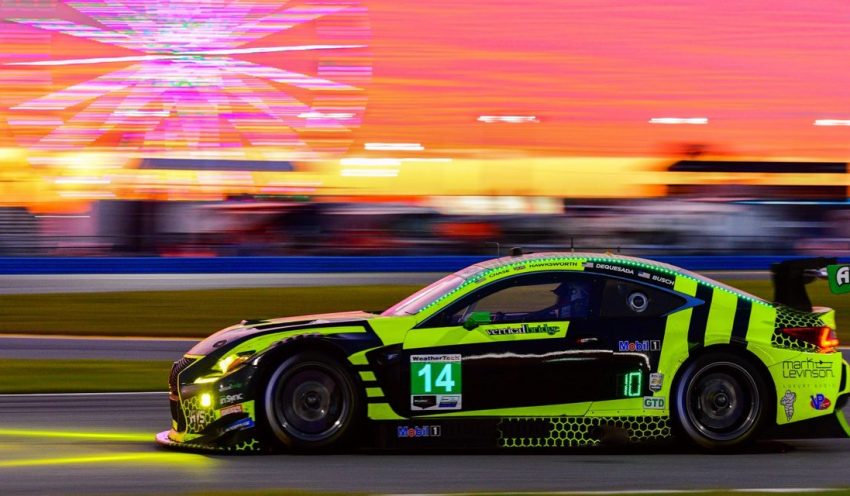