Amazing and it will be even more amazing if Toyota secure the 3rd Le Mans victory in row !!!
S

good for them
S

Haters still be like 'But they never won with proper competition'. And despite being beaten to death by BoP they still kept winning. Nobody remembered the Audi R8 LMP got it easy in the early 2000s too.

Get that third Le Mans win with the legendary TS050 Hybrid.


The GR Super Sport hypercar returned to its spiritual home today to drive in public for the first time, as part of its ongoing development process, shortly before the start of the 88th Le Mans 24 Hours at the Circuit de la Sarthe.

Fittingly for a vehicle based on the two-time Le Mans-winning TS050 HYBRID race car, a customised GR Super Sport development model, customised as a convertible and in GR camouflage livery, completed a demonstration lap, before participating in the ceremony to return the Le Mans trophy for this year's race. The car was driven by Alex Wurz, the former TOYOTA GAZOO Racing driver.

Soon after the ceremony, this year's postponed Le Mans 24 Hours began with two TOYOTA GAZOO Racing TS050 HYBRIDs challenging to win the race for the third successive year. The TS050 HYBRID has created history at Le Mans since its debut in 2016, earning Toyota's first victory at La Sarthe as well as setting the fastest-ever lap and the current race lap record. Those performances are the inspiration for the GR Super Sport, a hypercar with race car pedigree and performance.

The GR Super Sport epitomises TOYOTA GAZOO Racing's commitment to use motorsport to make ever-better road cars for the enjoyment of customers, and it symbolises the ever-closer relationship between TOYOTA GAZOO Racing race and road car products.


And by the way, Toyota won, again

Here’s your yearly reminder that Toyota is building a hypercar. Just like it did in last year’s running of the 24 Hours of Le Mans, Toyota has provided us a preview of the GR Super Sport.

This car will run in the hypercar class in the World Endurance Championship, but the regulations require that anyone who enters will also need to produce a minimum of 20 road cars based on the race car. Toyota says the car we’re looking at in photos here is a GR Super Sport development car that is customized as a convertible and wearing the now-recognizable GR camouflage. Remember the same camo on the GR Supra a couple years ago?

Details are scarce on the ground concerning the road car version headed our way, but here’s what Toyota said about it: “The GR Super Sport epitomizes Toyota Gazoo Racing's commitment to use motorsport to make ever-better road cars for the enjoyment of customers, and it symbolizes the ever-closer relationship between Toyota Gazoo Racing race and road car products.”

From what we’ve witnessed so far, more GR in Toyota road car products is a very good thing. The GR Yaris (that isn’t coming here) is a great example of what Toyota is capable of doing when it harnesses its engineering might. As for this car, it’s likely going to have near (or over) four-digit horsepower and a price tag that’ll buy you many lifetimes of Camrys. Its relation to the now three-time-Le-Mans-winning TS050 Hybrid should help it immensely. And in case you missed it, Toyota just happened to win Le Mans again last weekend.
Click to expand... 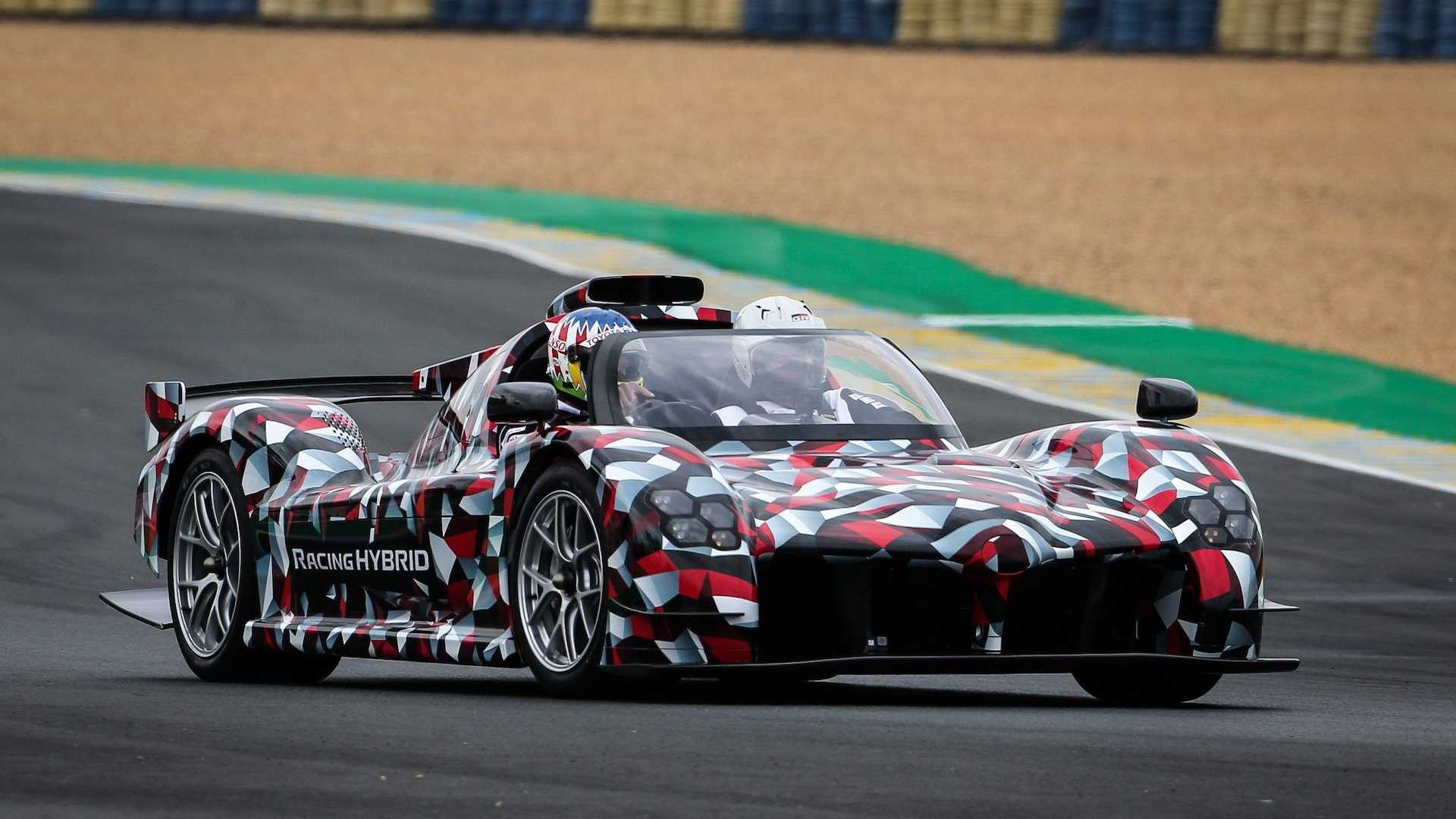 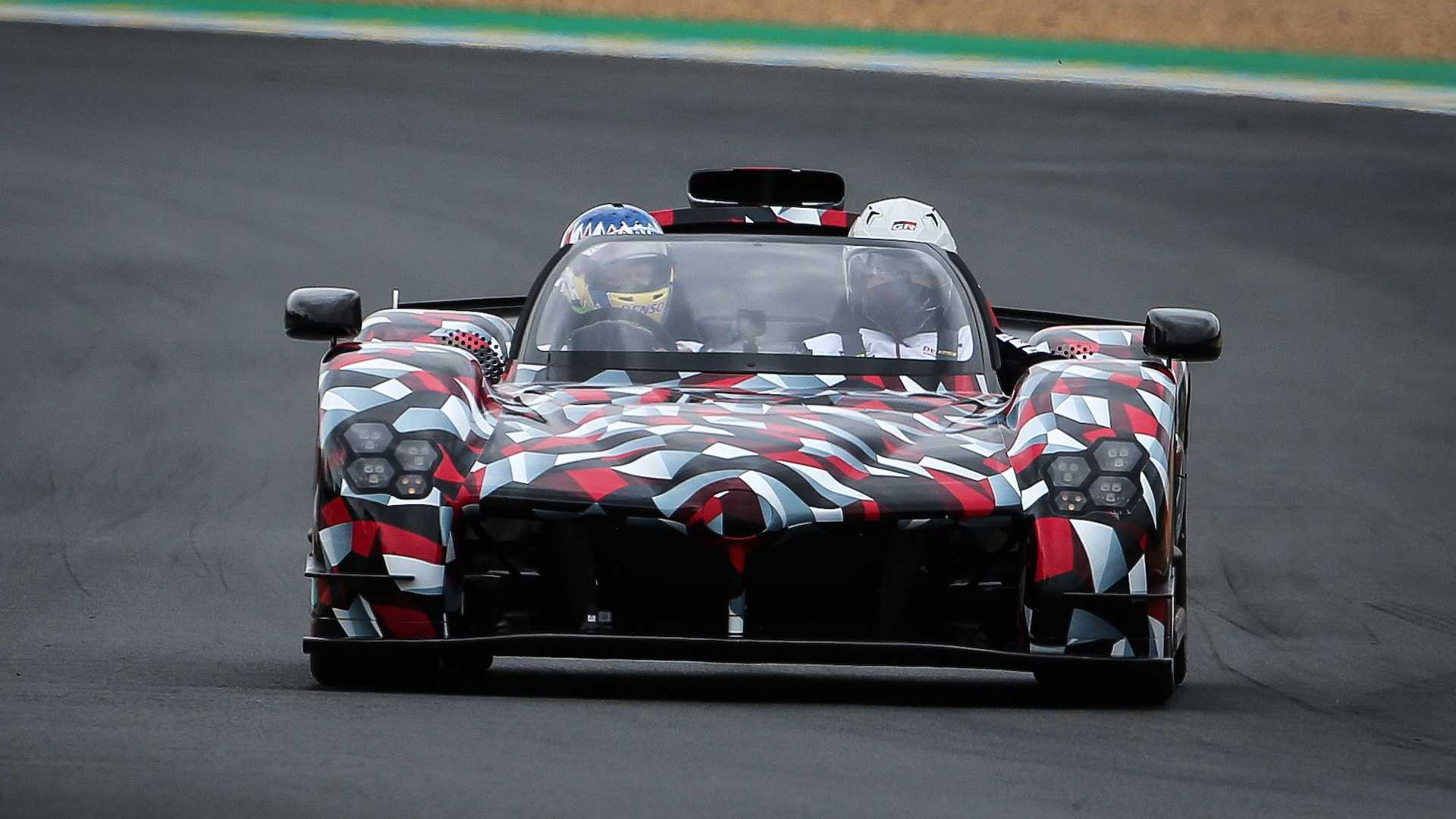 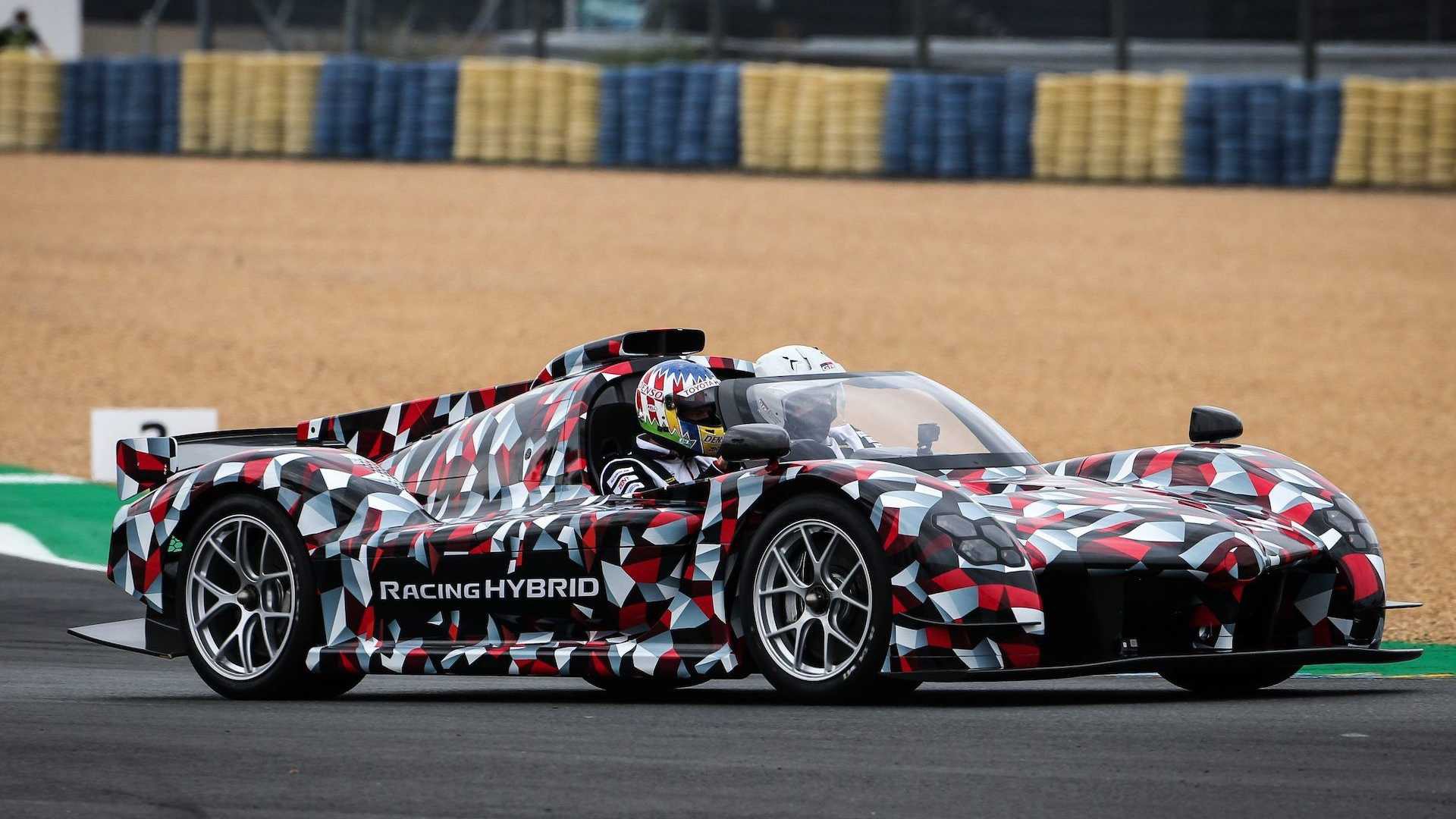 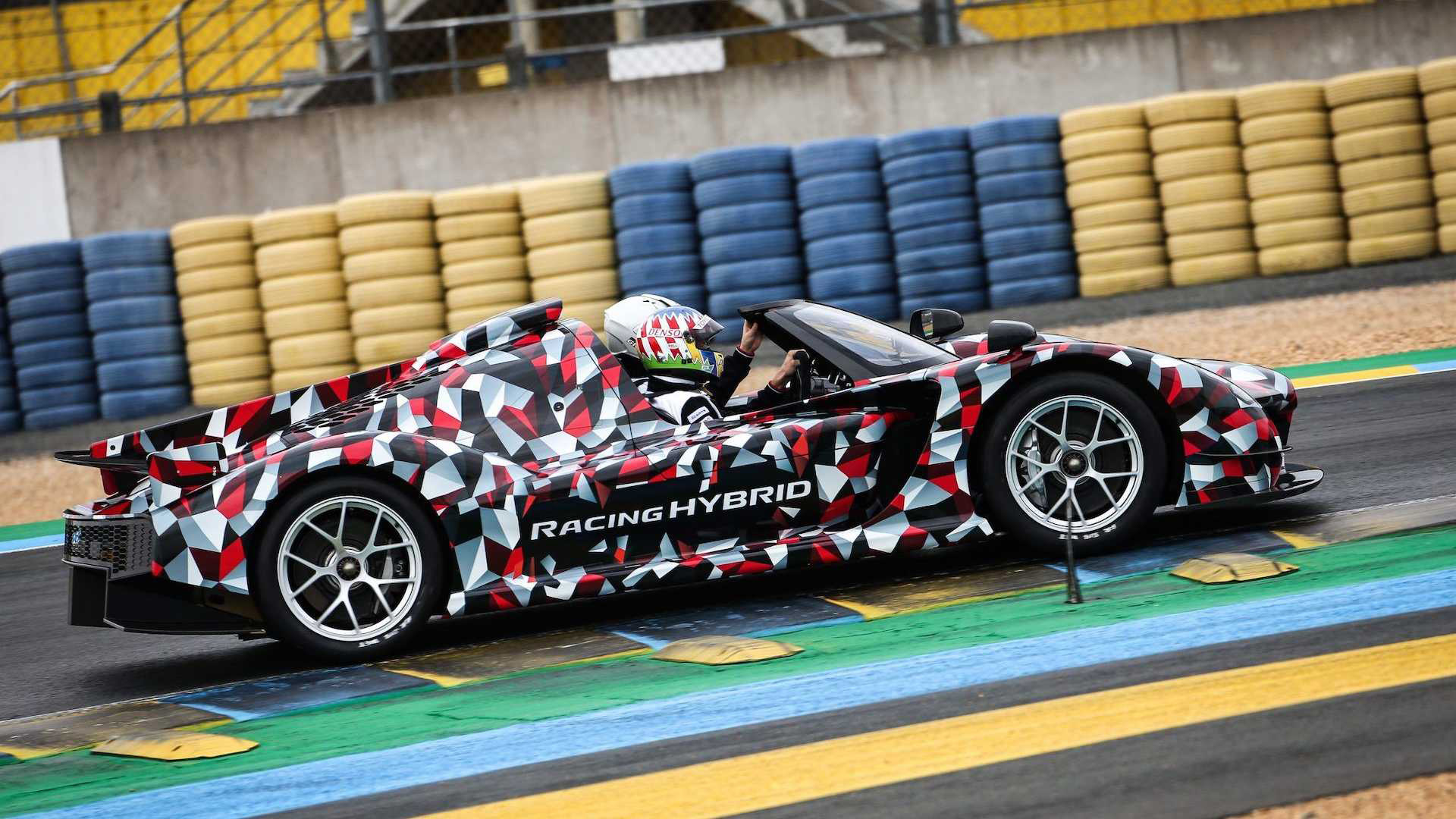 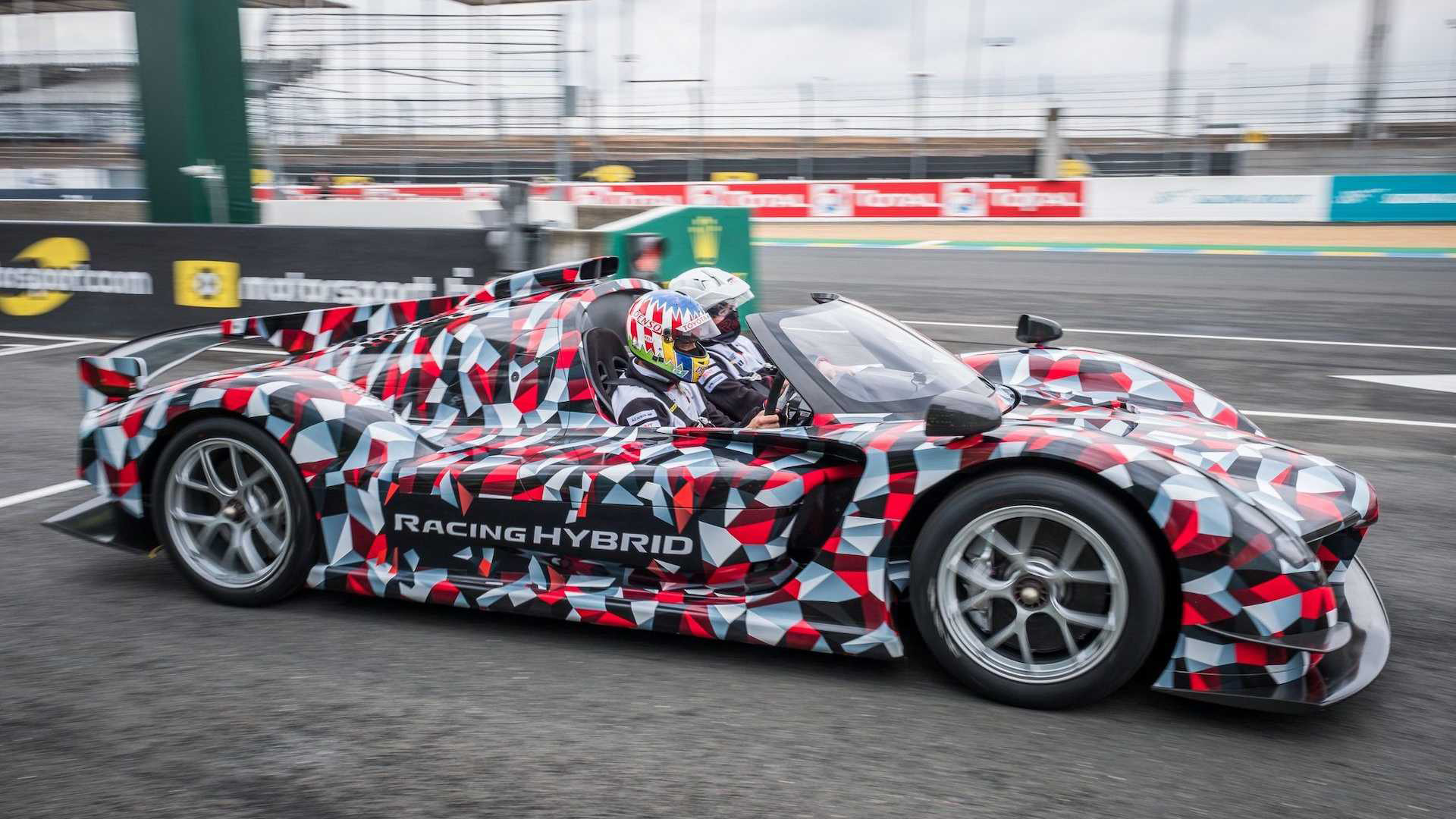 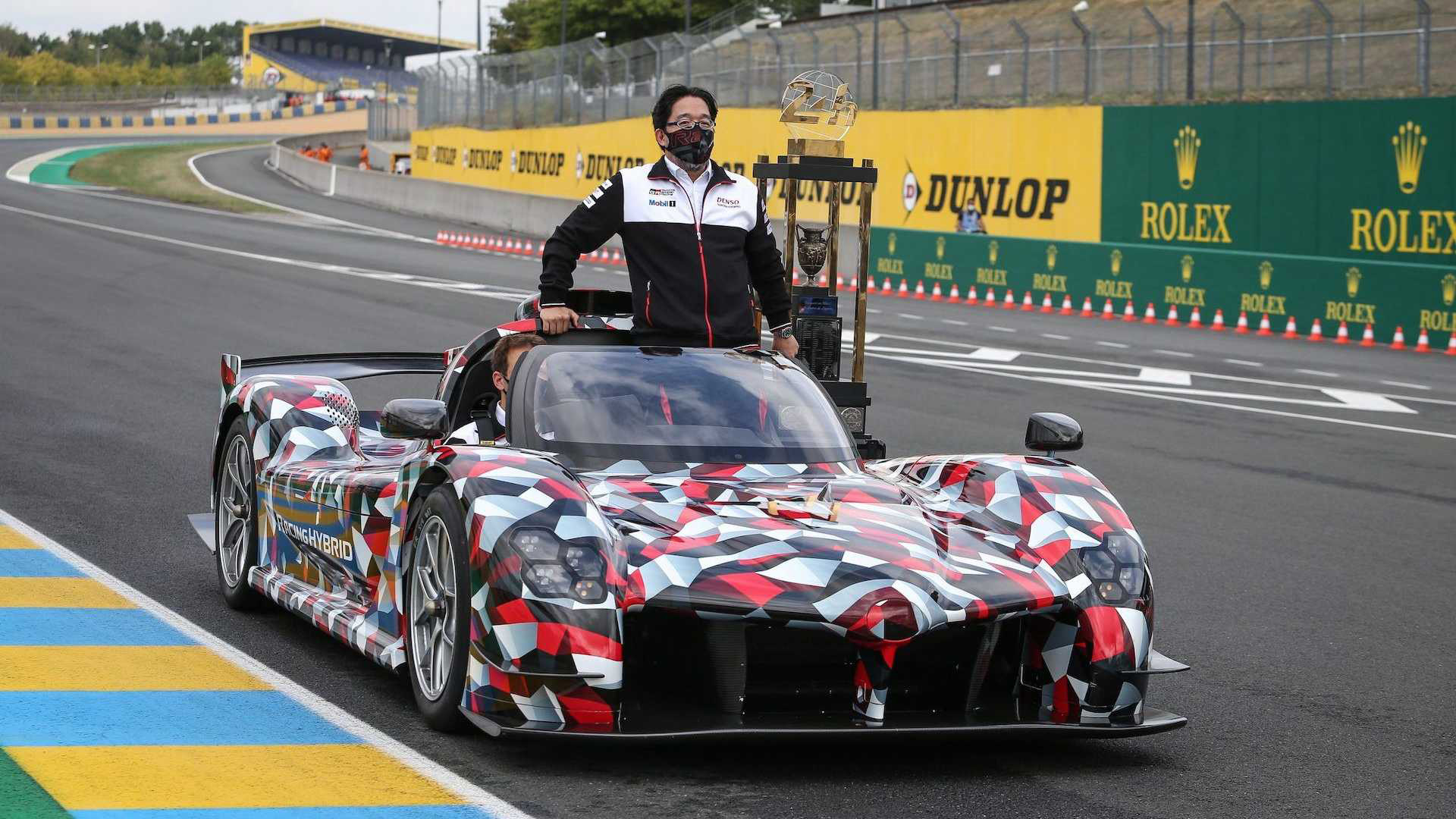 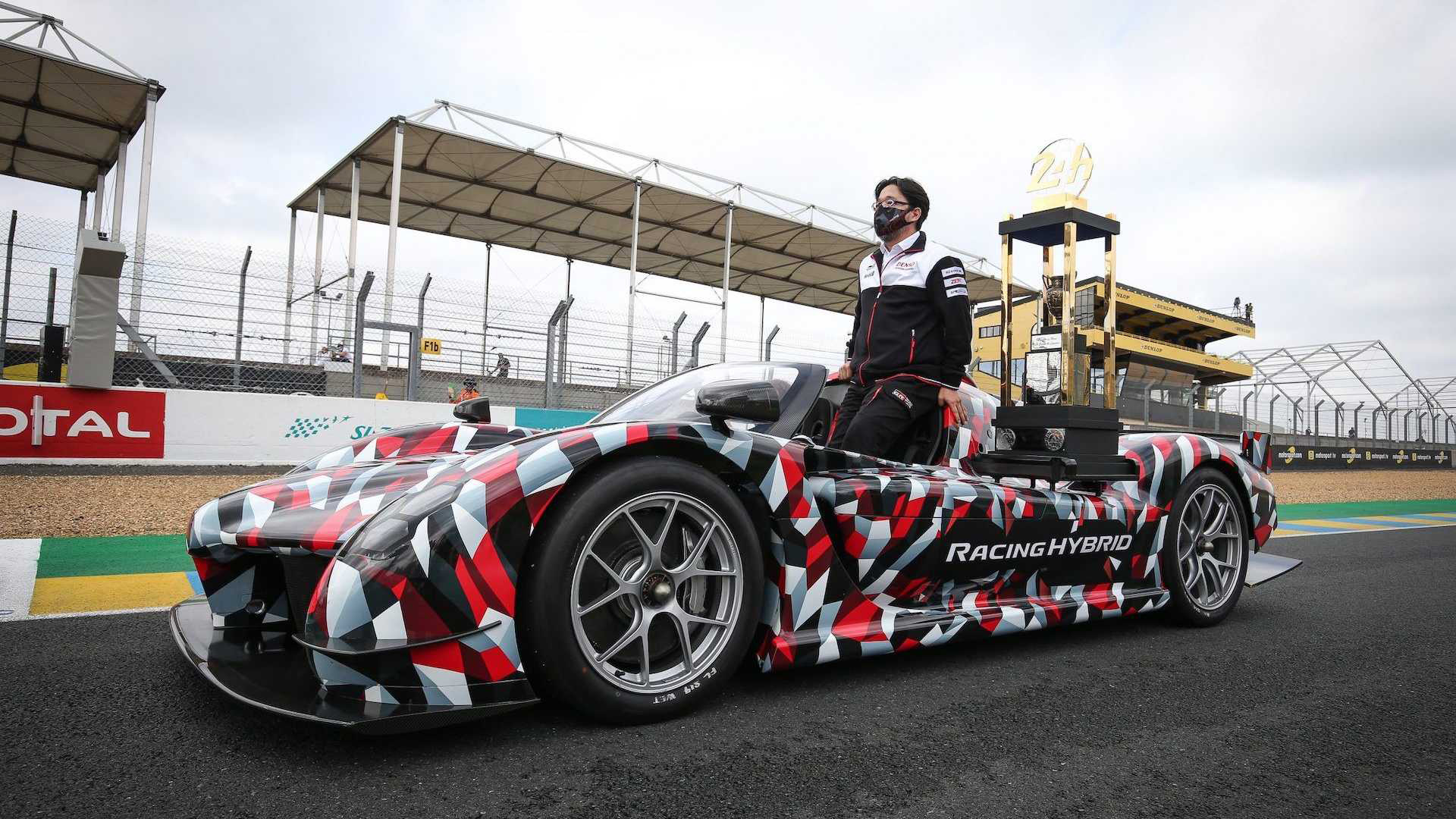 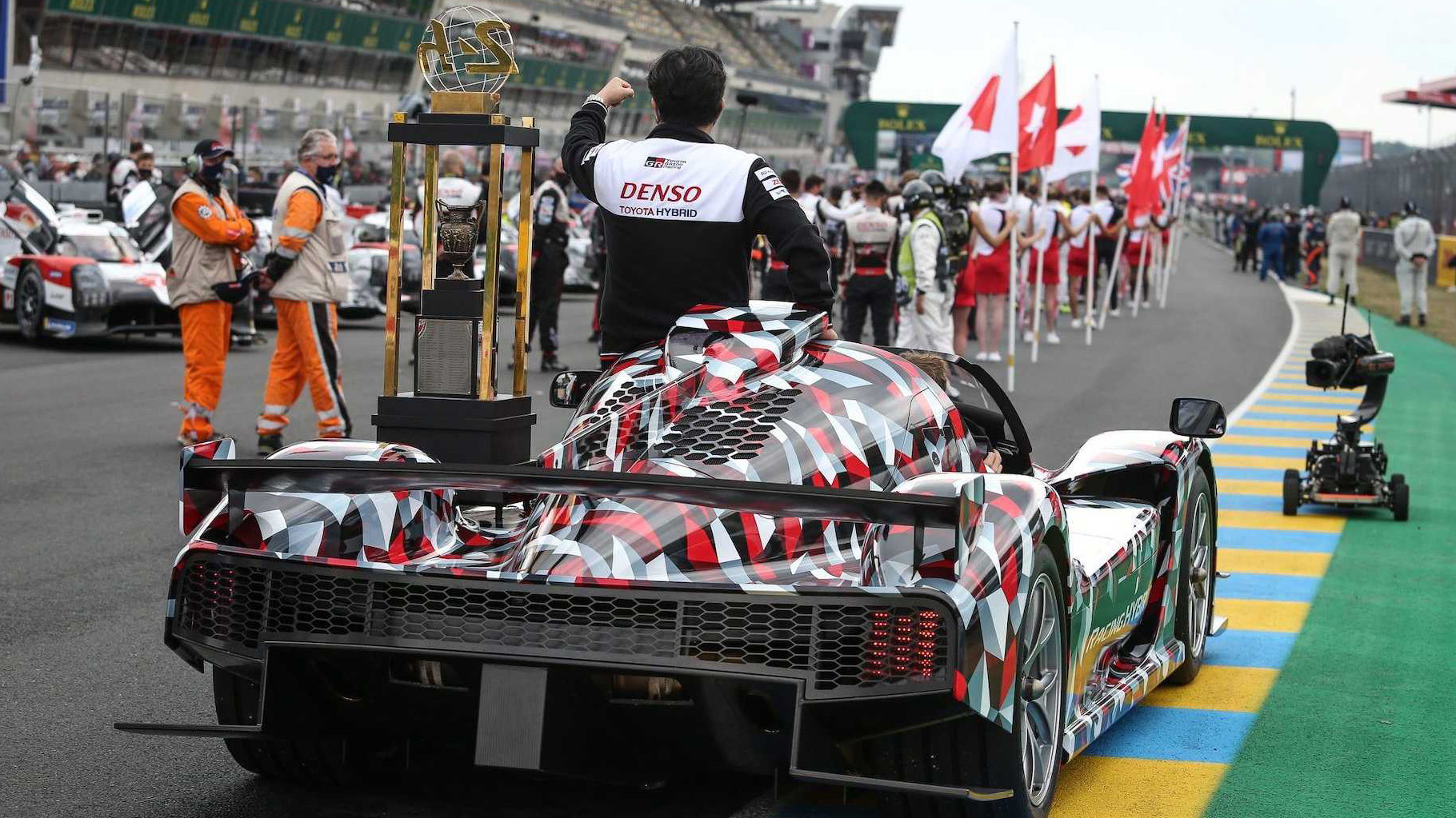 That is one tiny car. Good thing, i don't like sportscars the size of a bus.
M

ssun30 said:
Lexus played no part in the development of the TS050 and this is literally a TS050 with a road car body shell.

The LFA is F1 *inspired* and is a Lexus-run program. The only true F1 technologies used on that vehicle are the full carbon body and the sequential transmission.

The rendering didn't show the use of semi-slick tyres. I understand neither Toyota nor Lexus has ever built a performance car with semi slicks to maintain daily drivability. But I don't think any regular road tyre can handle the immense torque of this beast, and it's not like the owners will go grocery shopping in it. Plus the aero will absolutely rip those treads and make the car harder to drive on tracks.

I'm very interested in whether they will create an unrestricted TS050 after 2019. The TS050 is superior to the 919 in both powertrain and chassis and an unrestricted version will be even crazier than the 919 Evo.
Click to expand...

Engine block was built by Toyota's F1 tools and processes that were used to build real F1 engines.

My two cents regarding upcoming hypercar class in WEC/AMCO competitions is one big meh!
S

It is a pretty meh regulation considering the absurd amount of restrictions. We are in 2020 and they want to limit those cars to over 1 ton with only 670hp and they will implement BoP. Any racing series with BoP deserves death. The cars are not really road hypercars anyway but more like overweight prototypes.
S

Toyota out of the blue comes with hypercar, Mercedes One is more delayed than Supra, NSX and RX7/8 together.

UHHHHHHH I-. *covers mouth in shock* 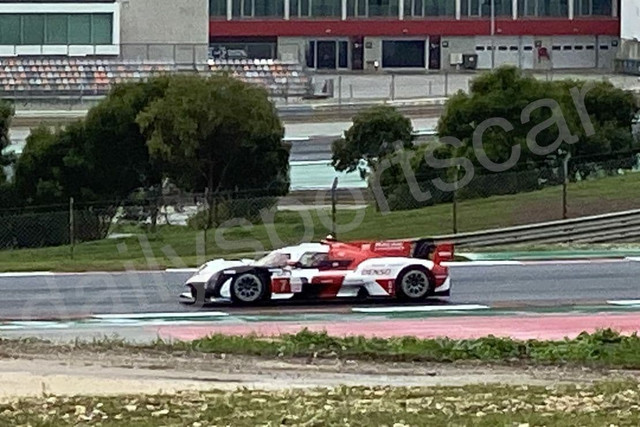 Holy god damn sh*t I AM IN LOVE. 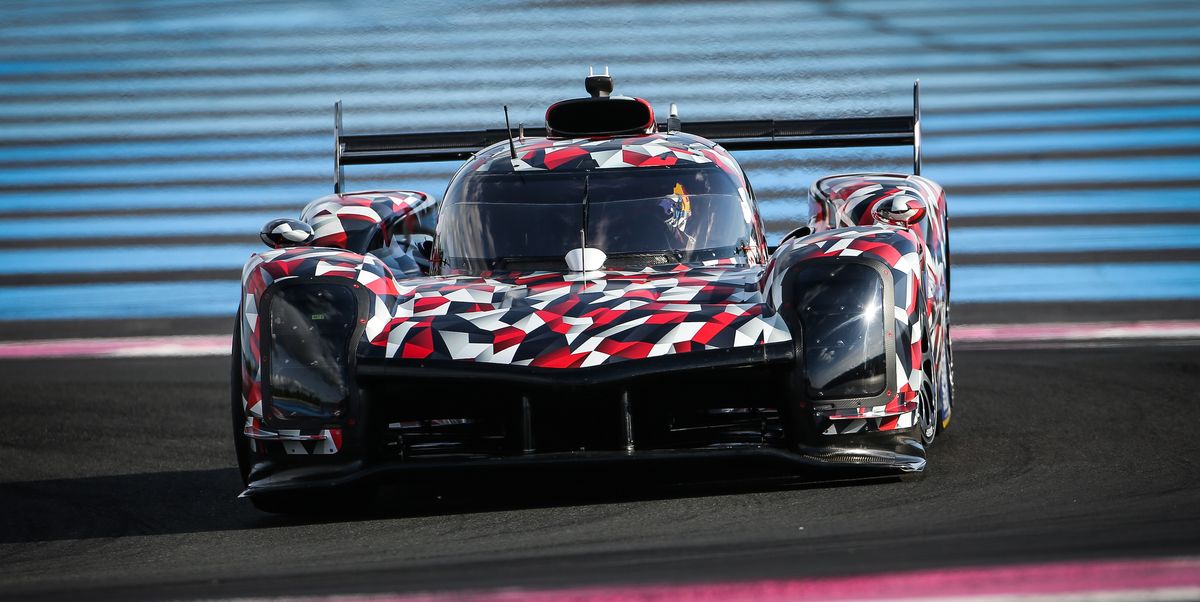 Toyota has dropped the first clear images of its GR010 race car set to compete in the WEC this year. 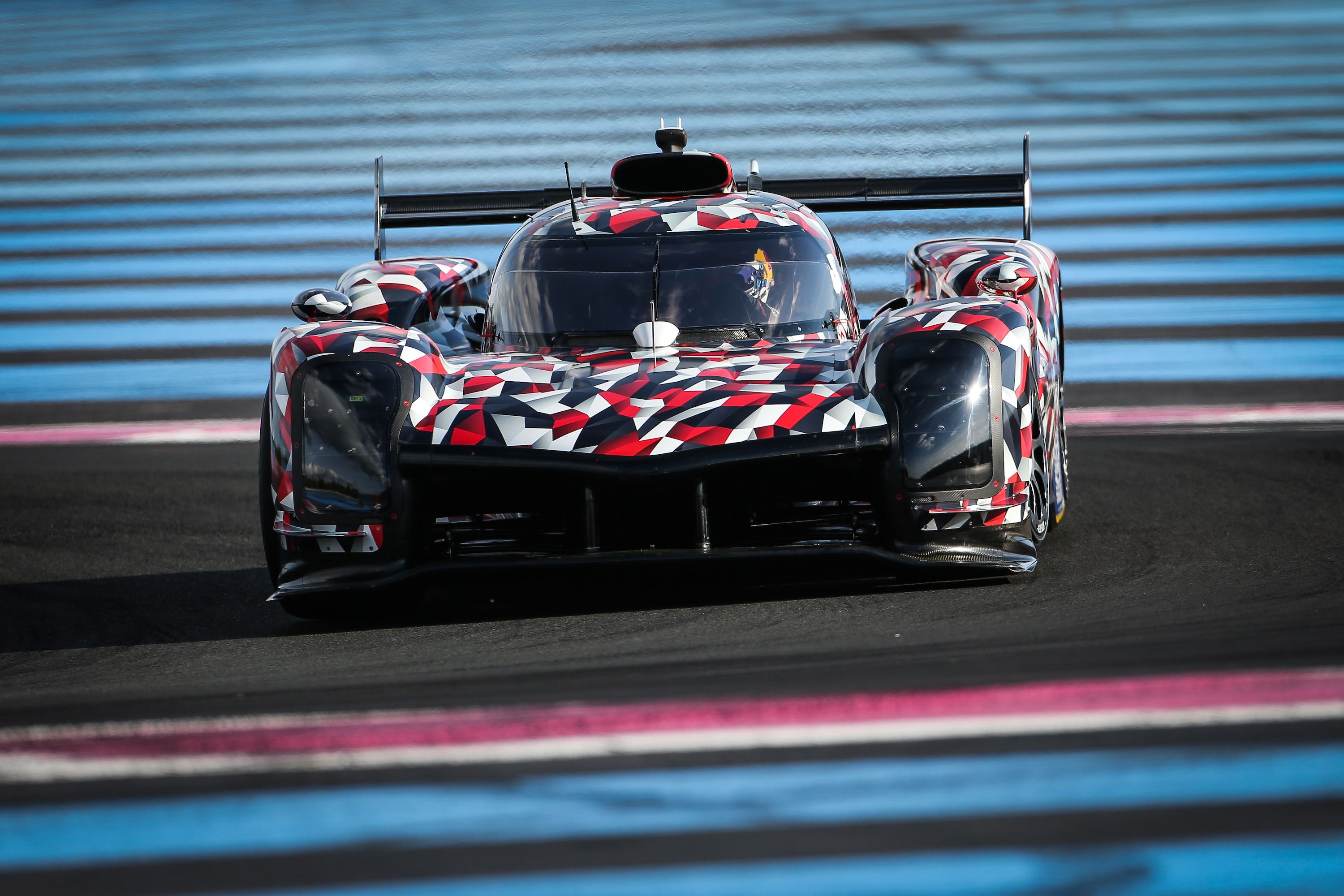 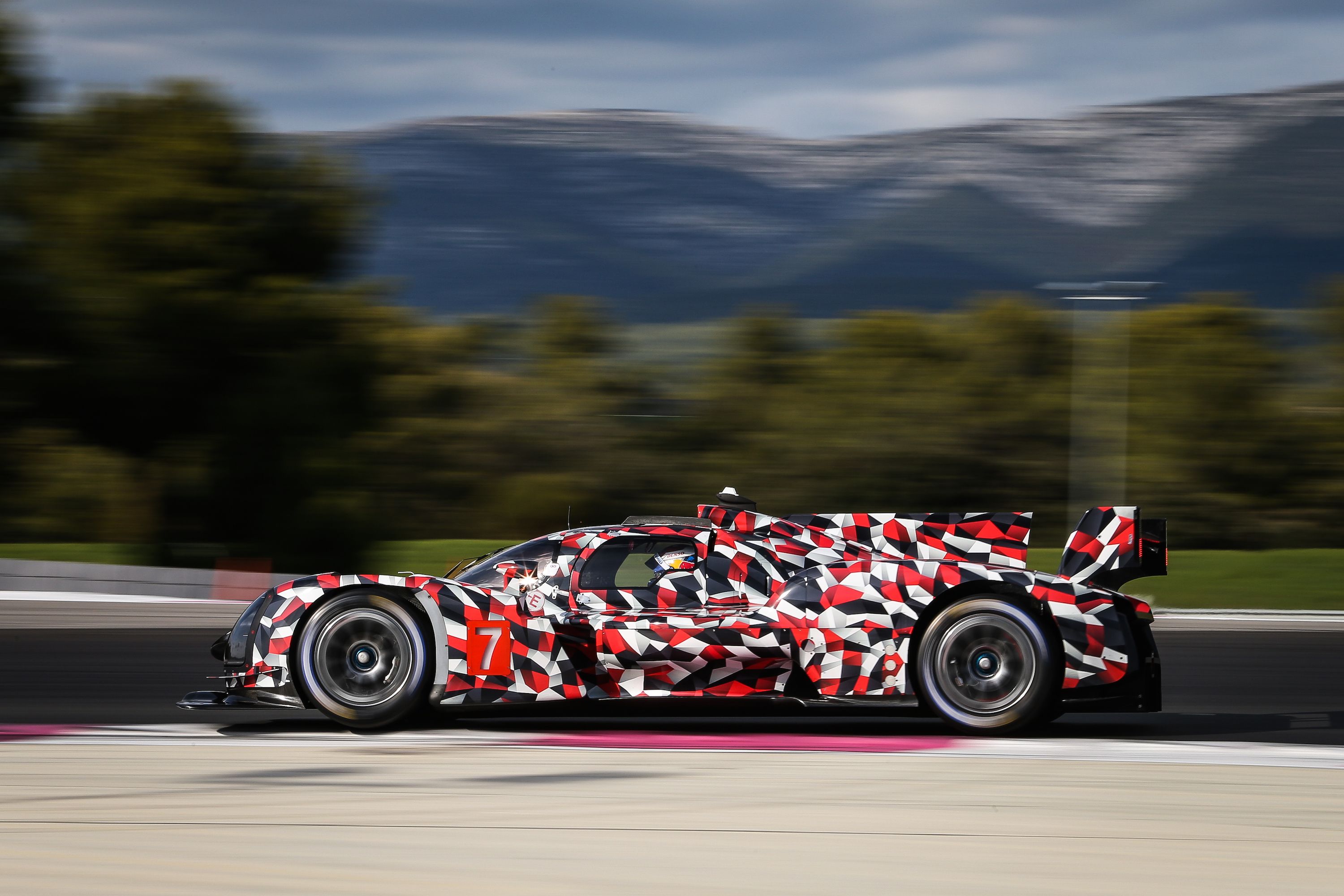 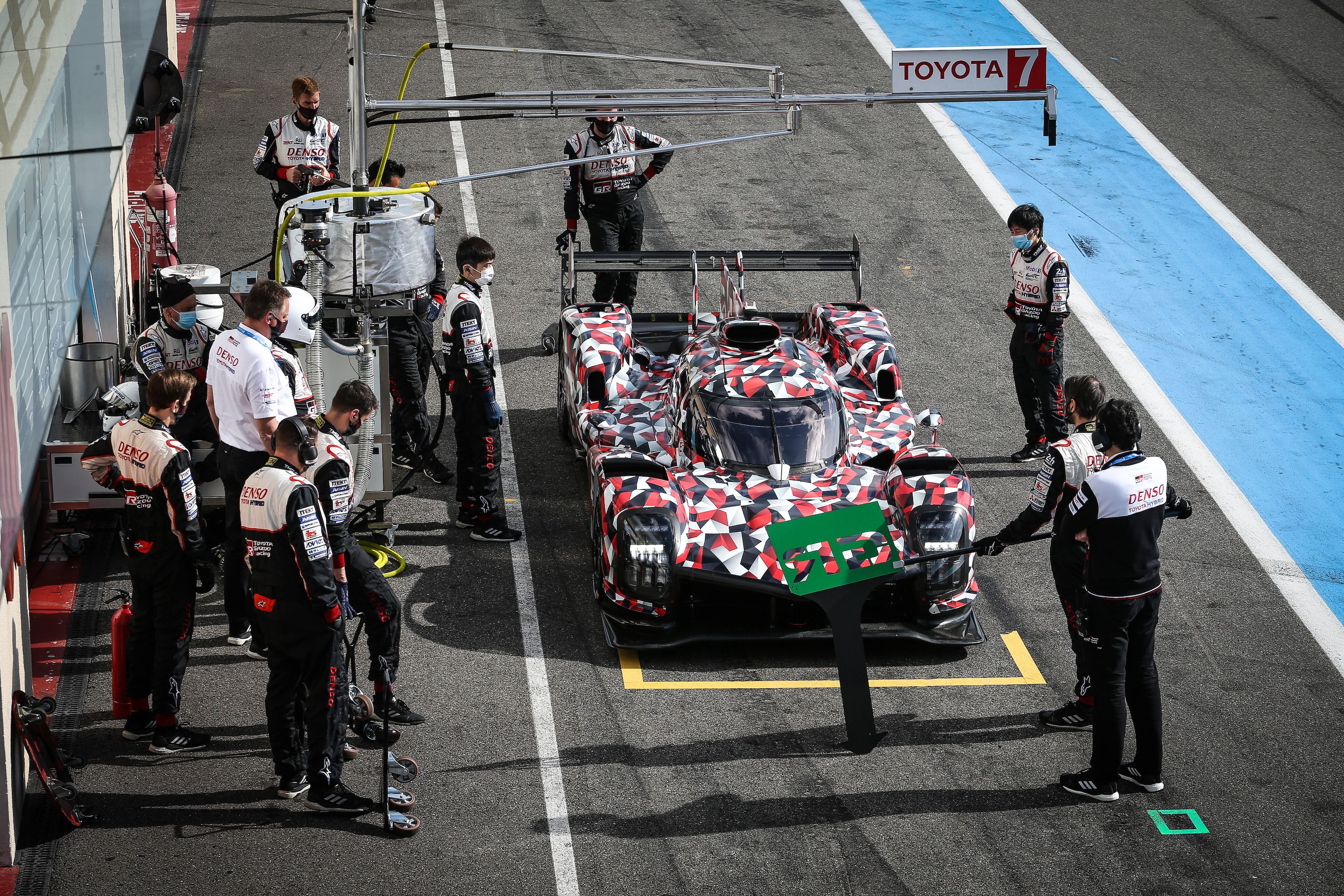 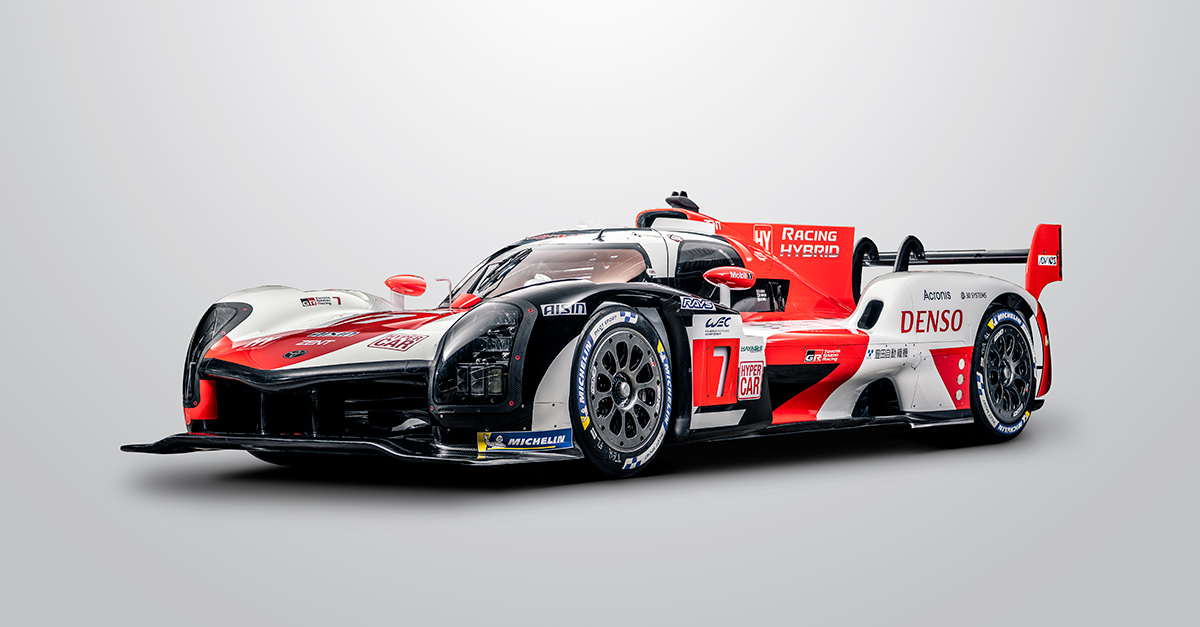 TOYOTA GAZOO Racing begins a new era of endurance racing with the launch of its all-new GR010 HYBRID Le Mans Hypercar, which will compete in the 2021 FIA World Endurance Championship (WEC).

TOYOTA GAZOO Racing begins a new era of endurance racing with the launch of its all-new GR010 HYBRID Le Mans Hypercar, which will compete in the 2021 FIA World Endurance Championship (WEC).

LMFAOOOOO Toyota is going to easily dominate the next couple of years with that engine being so stupidly under-stressed. Good luck everybody else! That's 1.1L bigger than the old engine. Just to remind everyone, the old engine was stout as f*ck.

My question to them is, why didn't they carry over the 2.4L twin-turbocharged V6? This makes no sense to me. What will happen to the GR Super Sport road car? Will it have the new engine or the old one? The concept car had the old engine, but did the car that we saw last September at Le Mans have the new engine? I'm truly perplexed and I am dying to know more. This engine is now bigger than their 3.4L NA V8 from the TS040 and is smaller than their 3.7L NA V8 from the TS030. Like I said before, the GR010 is going to tear the competition's asses so hard and wide they're going to shriek like a banshee. Granted the ACO are going to nerf the crap out of this car via BoP. I'd be so triggered if they put success ballasts on the car.

Oooh I am so excited.
L