Are factory light bars legal in US?

It's about time. I'm excited for the new Tundra! It will sell like hotcakes here in Texas for sure.

ssun30 said:
Are factory light bars legal in US?
Click to expand...

As long as they're not on while driving on public roads.
M 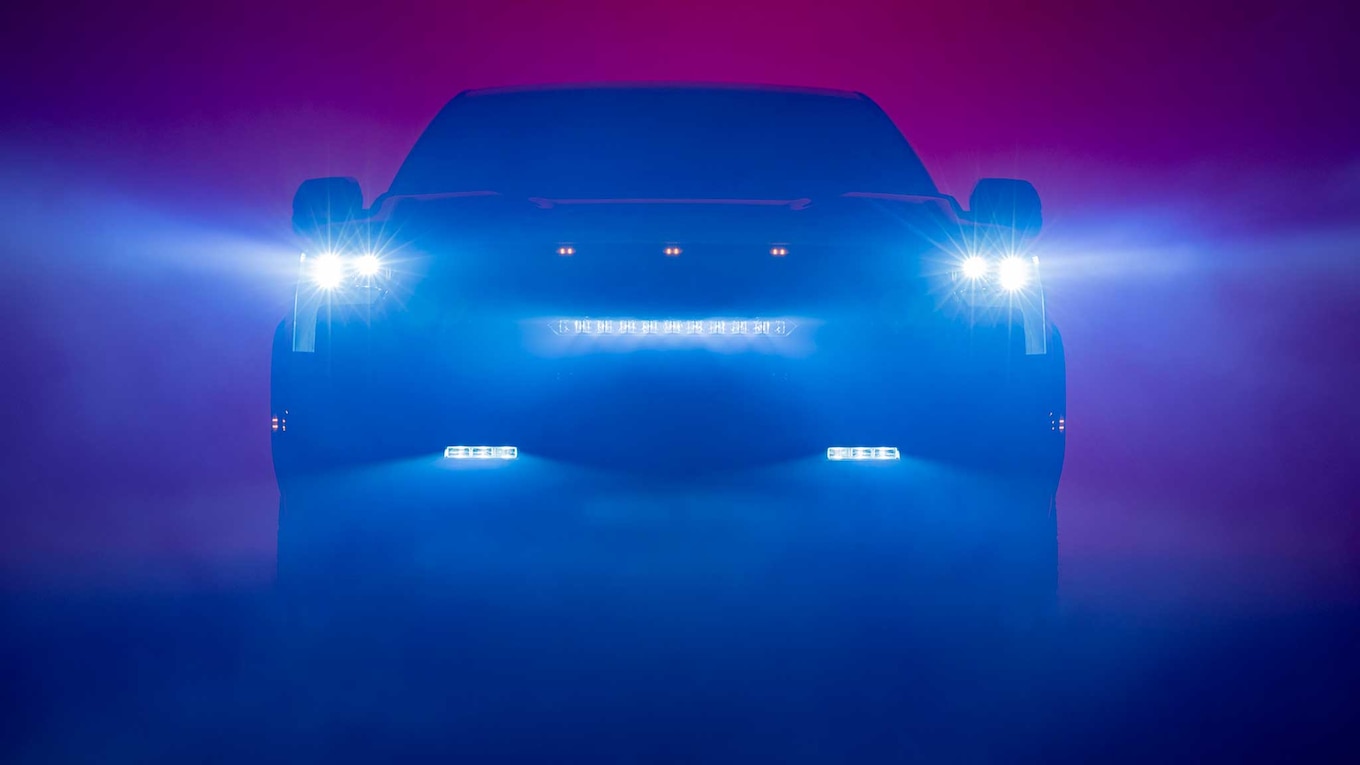 2022 Toyota Tundra Will Get a New, More Powerful Base Engine and a Mysterious Knockout Powertrain

We’re told the optional powertrain “will blow us away.”

New Base Engine, Who Dis?​

During an interview with MotorTrend, Bob Carter, executive vice president of sales for Toyota North America, revealed the new Tundra will have two all-new powertrains.

The base engine will be "a core powertrain that's substantially more powerful in terms of horsepower and torque than the current V-8," Carter said. We take that to mean the new engine will make more than the 381 hp and 401 lb-ft of torque churned out by today's 5.7-liter V-8. We do not yet know whether that new engine will be a V-8 engine or a turbocharged V-6, but we're looking forward to increase in base-engine capability.

The optional powertrain incorporates a new technology "that will blow you away," according to Carter. It remains to be seen whether that's a battery electric, a hybrid, or a hydrogen powertrain—Toyota has all three in its portfolio—the automaker already confirmed its plans to build a battery electric and hybrid truck. (We don't know if it'll be a midsize Tacoma, full-size Tundra, both, or something new.)


"We have our concept and our own technology that I think you'll be impressed," Carter said. He hesitated to give us more details on the truck, but said we should get all the information in September. "We're in it to win it," he added.

The 2022 Tundra will be built at Toyota's plant in San Antonio, Texas, which will also build the next-gen Sequoia full-size SUV. Production for the Tundra will start in November, and Toyota expects the Tundra to be arriving in dealerships in December. Now we know it'll have two new engines more up to the task of mixing things up with the diesel, hybrid, and forced-induction engines offered by the competition.
Click to expand...

Basically confirmed the 3.5 TTV6 and electrification (likely a hybrid).

Hope the ride quality, interior, capabilities, etc. are everything above posts reference with executives allegedly thinking this is a "world beater." Otherwise, from renderings and photo above I think it's actually kind of ugly vs. outgoing model which I think has grown to be quite handsome over time. 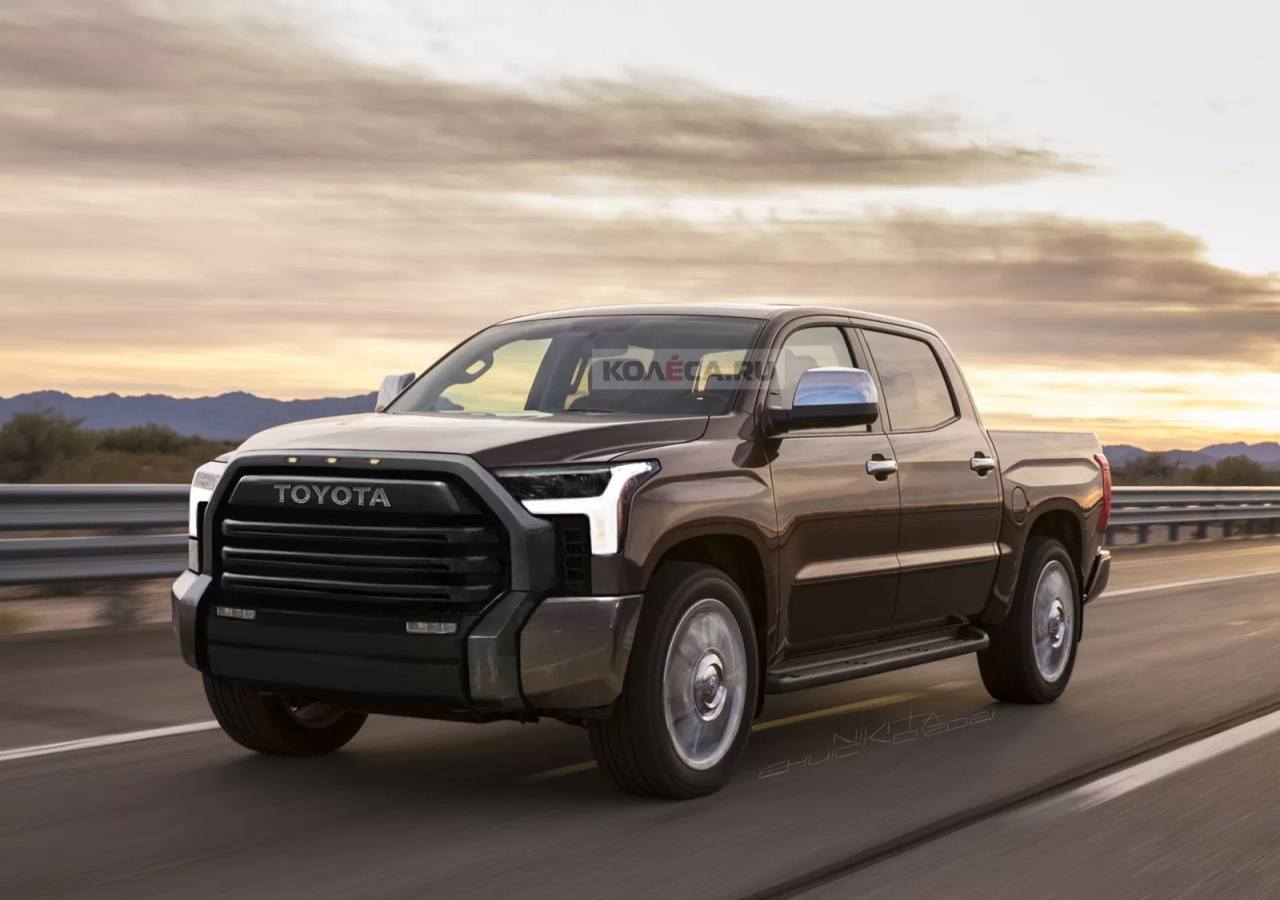 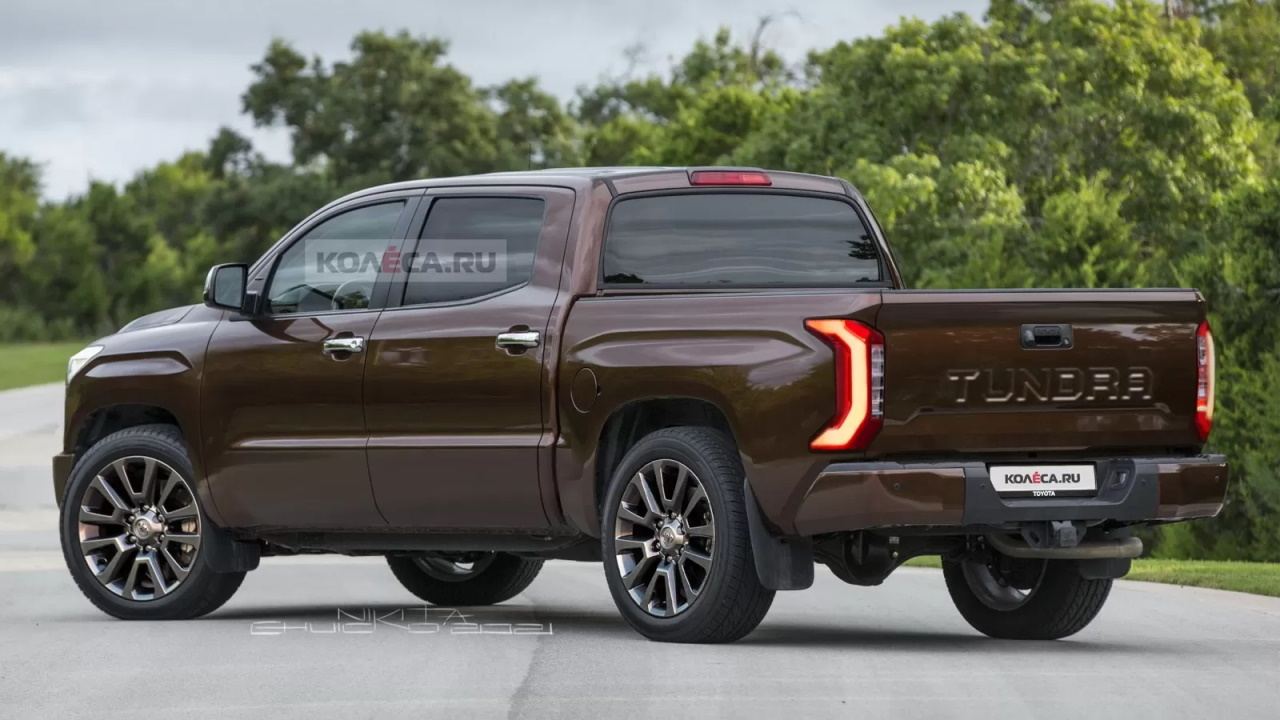 Definitely not liking the front end, but the rear looks good.
S PLANO, Texas (June 15, 2021) – The next generation of heroic iForce performance is ready to power the all-new Tundra. Sign up to get the latest updates for the 2022 Toyota Tundra here. #Tundra

pressroom.toyota.com
it seems to be a hybrid, orange high voltage line
L

It shows iForce Max in the middle with 3 slots on the left side of the engine cover...

So it’s at least a V6 hybrid, maybe turbo?
S

Will1991 said:
It shows iForce Max in the middle with 3 slots on the left side of the engine cover...

So it’s at least a V6 hybrid, maybe turbo?
Click to expand...

It does look pretty similar...
M

The speculation is getting intense. It’s definitely a hybrid in my eyes. The orange wires and blue lettering gives it away. What type of powertrain and what the numbers will be is still a mystery at this point. I just have my fingers crossed hoping I like it whenever they do decide to fully reveal it.
S

Tundra being cheaper vehicle than Land Cruiser 300, it is already a big thing that it is getting is powertrains.
S

Comparison of two different tunes of V35A-FTS and 3UR-FE. The 'truck' tune is more powerful from 1800rpm until 4000rpm. The 'car' tune has a small advantage in the low and high end. The car tune still makes sense since the LS500 is designed to cruise at very low rpm with its extremely long overdrive gears (I would like to know from LS500 owners: does it really try to cruise at below 1500 rpm as designed and how responsive is it when you suddenly step on the gas pedal?)

Both engines are vastly superior than the outgoing V8 throughout the rpm range. But because the turbo engine needs to build up boost the truck will not be able to crawl in idle and that's basically the only disadvantage.

ssun30 said:
(I would like to know from LS500 owners: does it really try to cruise at below 1500 rpm as designed and how responsive is it when you suddenly step on the gas pedal?)
Click to expand...

It really does try and stick around 1500 RPM regardless of driving speed. Responsiveness to sudden throttle inputs is more variable than I'd prefer - most of the time it's fine but not world beating, but I've had situations on the extreme ends where I slammed the pedal down and the engine slowly revs up, as well as where I step on it and get shoved back in my seat. Both of those extreme scenarios got better since ECU and TCU updates were applied by the dealer, but they do still happen (particularly the shove-back-in-the-seat version). That's why I'm a firm believer that mechanically the V35A has what it needs, but the software's holding it back.

I haven't yet driven a '21 with the new ECU software so I can't speak to that, although reviewers have said it's a noticeable difference.

It's not apples to apples with this discussion, but at the Product Showcase event in Plano, I spent about an hour driving the LX 570 and LS 500 back to back... I wanted some seat time in both to think about what the next LX might be like with the TT V6, as well as a bit of a "goodbye" to the LX 570.

First, the '21 LS does behave better than the last one... the transmission feels more sure footed and natural, and it changes gears quicker when you put your foot down. However, the turbo lag is just as bad as the '18-'20 and it's pretty dead below 1,750 rpm or so. That doesn't sound so bad when you read it, but for example, Mike was next to me at a stop light in a Camry TRD and when it turned green, I had my foot to the floor but was looking at the back of a CAMRY up to about 50-60mph due 100% to turbo lag. As the LS builds RPMs, it hits its stride and you certainly feel the power, but it's not the same thrust or sensation I've had in previous LSs or other V8 sedans. A large part of that is the 10AT too - it's so soft and smooth that you don't get the rush of feeling gear changes and then power surges... the LS's power delivery is more like riding a wave: consistent, it build's somewhat slowly, and then you're suddenly going 85mph.

The greatest surprise to me was how slow and lazy the 5.7L V8 + 8AT are, especially in comparison to the V35A + 10AT. For everything I just said about the LS 500, the LX 570 is much worse, and of course it should be. I know there are many differences between car and SUV applications, but especially for the latter, the V35A is a vastly superior engine. Those upset about losing the V8 will be humbled the first time you drive a truck or SUV with the V35A... I am in that category, so here I am admitting it. You put your foot down in the LX and it takes half a second to think about what you just did, another half second to think about how it wants to respond, and then it starts laying down the power but in a 5,700lb SUV. It's pretty slow, and none of it is in any hurry.

The V35A having so much more torque and quicker gear shifts will be a massive change compared to the 3UR-FE in real world driving. We also know TNGA-F dropped about 450lbs in the Land Cruiser, so with the LX and Tundra, we're looking at vehicles that might weigh 300-400lbs less with a lower center of gravity, the powertrain tucked further and lower into the platform, a much faster shifting automatic transmission, 30 more hp and 80 more lb-ft of torque. It will be quite a change and I don't think anyone will miss the V8. I say all of that as someone who loves V8s.

The reasons I don't like the V35A in the LS are less important or obvious in an SUV or truck: power delivery and NVH. Most SUV drivers are looking for torque, but most LS people I know are looking for smoothness and silence. The V35A isn't as smooth as the 3UR, but it delivers a lot more torque. It also sounds more like a V6, but I think that's less of an issue in a truck or SUV than it is in a performance/luxury flagship sedan.

The one thing about the V35A that Lexus still needs to fix regardless of the application is the turbo lag. It's still very noticeable. Under 2,000 RPMs, the turbo lag makes the car feel sluggish if you're looking for power off the line. Again, I have different expectations for sound, speed and power delivery when driving something like an LS and something like a Tundra. For the Tundra, LX, Sequoia and Land Cruiser, I think it will be a massive upgrade over the V8. The LS still needs something different to provide the type of low speed smoothness and responsiveness that those owners came to expect over the years, and I personally think a hybrid (TT V6 + batteries) is just the ticket.