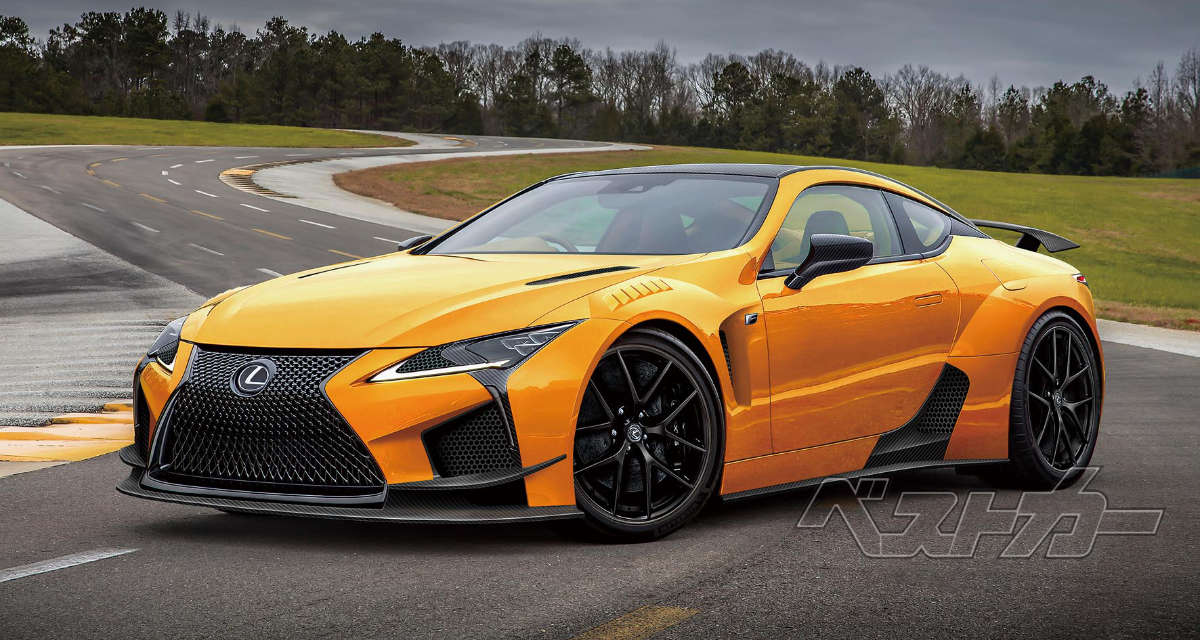 Koji Sato was given very clear marching orders when he took over as president of Lexus International on Jan. 1. His boss Akio Toyoda instructed him: Make change.

“It was just one simple thing: Make some change,” Sato recalled of his briefing with the boss.

“Lexus is a symbol of the challenging spirit of corporate Toyota,” Sato said. “Toyota is a big organization. But Lexus is a very small company and more flexible. Akio’s expectation for Lexus is to change something or take on some challenge.”

Sato stressed that the “new Lexus” will focus on three major initiatives: emotion, electrification, and automated driving. Electrification will begin with the UX 300e crossover, and a Lexus that can drive itself on highways is also on the way this year. Adding to the excitement are new upcoming additions to the F brand lineup:

One fix will be leveraging the F and F Sport performance lines,[Sato] said. He would like to extend F treatment to other nameplates. An F Sport grade is currently offered on everything but the LX SUV, but the top-shelf F designation is offered only on the RC coupe and GS sedan.

“We will enhance F model activities in the future,” Sato said. “F will take the lead. Every other model gets some shower effect.”

This is likely referring to the introduction of the LC F coupe, though it does hint at other models — could Lexus be planning its first F brand crossover?

The guy was tapped to build the LC. Tapping him to do the rest can only be good, if only for the shakeup.

I hope Lexus builds a F version of every model, like Mercedes does with AMG. It will build a brand following, loyalty and excitement of the brand. Mercedes has had great success with it and also M with BMW's. The 43 and 45 models are not real AMG cars in my opinion but it piggy backs on the name to sell more cars and appeal to those who want the AMG name but can't afford it or not willing to pay for it. But it's great marketing to sell more cars at better profit levels.

Having only 2 F cars and one on the way just is not enough to have brand recognition. By having a F Version of our slowest selling vehicles, Lexus will not appeal to may of its guests. Have a F version of our most popular products like the RX and NX! Wouldn't that make more sense and appeal to a greater audience?

I've owned 7 Mercedes car, 6 being AMG models and loved driving every single one. But hated owning every single one due to cost of maintenance and depreciation. Same can be said with my Porsche 911 Turbo and a few Range Rover Supercharged I've owned. Currently on my 12th and 13th Lexus cars, one being a Yellow LC500. What Lexus did 30 years ago to the luxury market by bringing better, less expensive luxury cars, with more reliability and more value, Lexus can do it again and change the Performance Luxury market. Better, more reliable, less cost to maintain, more value. All it needs is Brand Recognition. Ask anyone who's owned an AMG car if they would like more reliability and less cost of ownership. I don't care how rich they are, they will jump at it. BUT, still buy a Mbenz over a Lexus just because of the status of Benz ownership. Lexus has always been about the best products and value. But if we had the same name brand status of some of the German products, we can still have the best products but the value equation will go through the roof! Having more F models of realistic cars that many can own (I'm looking at you LFA!), Lexus will boost its Performance image and hopefully lose some of its Soccer Mom image.
BTW, I do love the fact that Lexus produced the LFA to show that it can be done and scream Profits be Damned! That took guts and showed they really can do anything they put their mind to it. Maybe Toyota should create another brand, a Hyper Luxury Sport brand to compete with Ferrari, Bentley, Lamborghini, Aston and so forth. It will change that market like Lexus did 30 years ago. That will get you street creds!

They should come up with a slogan that says something like just F it as an ad commercial to promote the cars.

$4k in service on an AMG is what, wiper blades?

But seriously, when the guy who made the LC wants to F all of the things, that's good news.
I

James said:
They should come up with a slogan that says something like just F it as an ad commercial to promote the cars.
Click to expand...

So true. Even Acura is on it.

So we gonna get

Crossover F
A GS-level more characteristic F model (Something similar to RS7 but not S6)
I think these two are the most needed at this point to fill the holes in their line up. A smaller 4 door sedan F would be welcome to go with RCF but I would rather they improve on RCF and then release a grand coup like car for RCF just like BMW
HOWEVER, I think what he meant is LC F. And there will be some new things in LC F that will be brought down to other models. Just like they use the gauge "inspired" by LFA on all the F Sport model.

Good luck on all these endeavors. Just make sure those sales targets and initial production numbers are low....

have all struggled with demand.

suxeL said:
Good luck on all these endeavors. Just make sure those sales targets and initial production numbers are low....

As stupid as it sounds, but performance crossovers will take over in the next few years. Lexus will keep struggling finding demand if they create the wrong product. I'm sure the sales distribution in M and AMG will heavily shift to crossovers as well.

The one killer product for Lexus should be a plug-in NX-F.

FamilyLexus said:
So we gonna get

Public service announcement: The LQ trademark was a Toyota concept car last year. It is not Lexus related. Any high end luxury SUV implementation of the LF1 is likely manifested in the LX in the next year or two.
S

CRSKTN said:
Public service announcement: The LQ trademark was a Toyota concept car last year. It is not Lexus related. Any high end luxury SUV implementation of the LF1 is likely manifested in the LX in the next year or two.
Click to expand...

actually no, LF1 and LX will not have anything in common.
G