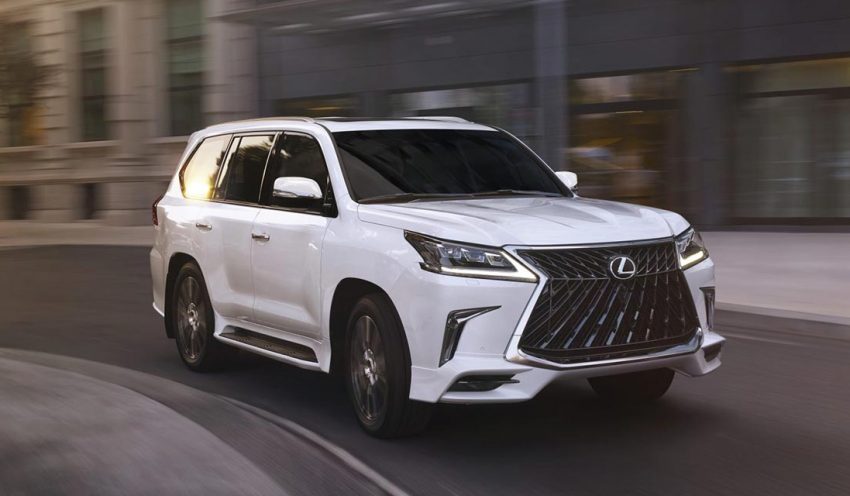 Lexus has trademarked the LX 600 nameplate in the USA, giving rise to both a more powerful drivetrain and an upcoming next-generation model of the flagship SUV.

A safe bet for the 600 engine would be the long-rumored twin-turbo 4.0L V8 expected to power the LC F high-performance coupe. Speculation puts the engine at 600 horsepower and 500-lb-ft of torque.

Current rumors put the debut of an all-new LX SUV some time in 2020, though new information suggests that a 2022 launch may be more likely.

LX is one of the best selling global Lexus models, and in many markets, it is the most prestigious. There is no way it will be outright replaced by the LF-1.

Gecko said
LX is one of the best selling global Lexus models, and in many markets, it is the most prestigious. There is no way it will be outright replaced by the LF-1.
Click to expand...

Don't they sell like 5x more GX than LX? And I thought they sold way more LS than LX last year (LS seems to be outpacing LX as well as of the september sales report), no? The LX is pretty rare where I am at.

How should we otherwise interpret this from carmaker1 earlier:

In 2018, a Toyota dealer conference attended by members of the land cruiser/LX design team in the highest sales region for the LX 570, mentioned that the next LX will be a huge departure from the current version.
"The new LX will feel and look like an entirely different vehicle that isn't related to the previous LX or LC in anyway, besides the name, no one would even figure out it's even in the same class as it's predecessor. It will be very luxurious, so think more along the lines of Bentley Bentayga instead of land cruiser based 4WD".

If that happens though, I feel like the fully loaded versions of the LC (NON-USA) will be the spiritual successor of the current LX.
Click to expand...

Hearsay i guess, but either way there needs to be a CUV top end offering as well.