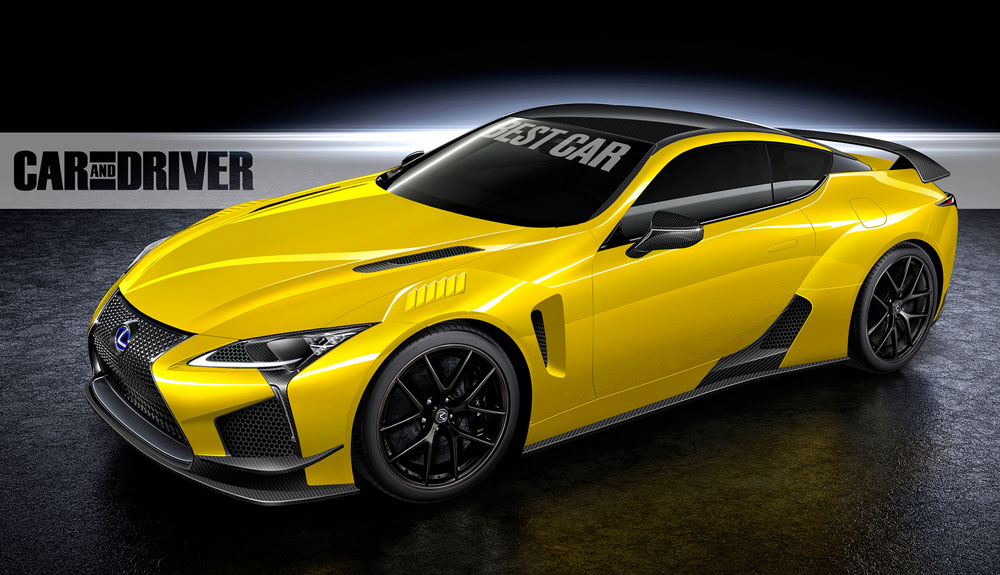 Car & Driver is reporting the Lexus LC F will debut at the Tokyo Motor Show in October:

According to our source at Lexus, this high-performance powerplant is in essence two 8AR-type 2.0-liter turbocharged four-cylinder engines joined together at 90 degrees. The twin-turbo 4.0-liter V-8 also will find its way into the GS F—making 550 horsepower—but for the LC F it will be turned up to 600 horsepower, with 470 lb-ft of torque. As with the LC500, the F will use the company’s 10-speed automatic transmission.

There are other details — an agressive body kit, 20-inch wheels, six-piston brake callipers — but the big news is the 600-horsepower V8. This would be the most powerful power plant Lexus has ever built, with enough power to transform the entire brand. Even the idea that a detuned version could find its way into the GS F (and RC F?) is a huge deal.

But how accurate is this rumor? With enough smoke about the twin-turbo V8, I’m inclined to believe there’s fire. If anything, it’s the timeline that doesn’t ring true — Lexus has traditionally introduced F performance models at the Detroit Auto Show, and it’s a strategy that’s served them well. A minor point, but worth mentioning.