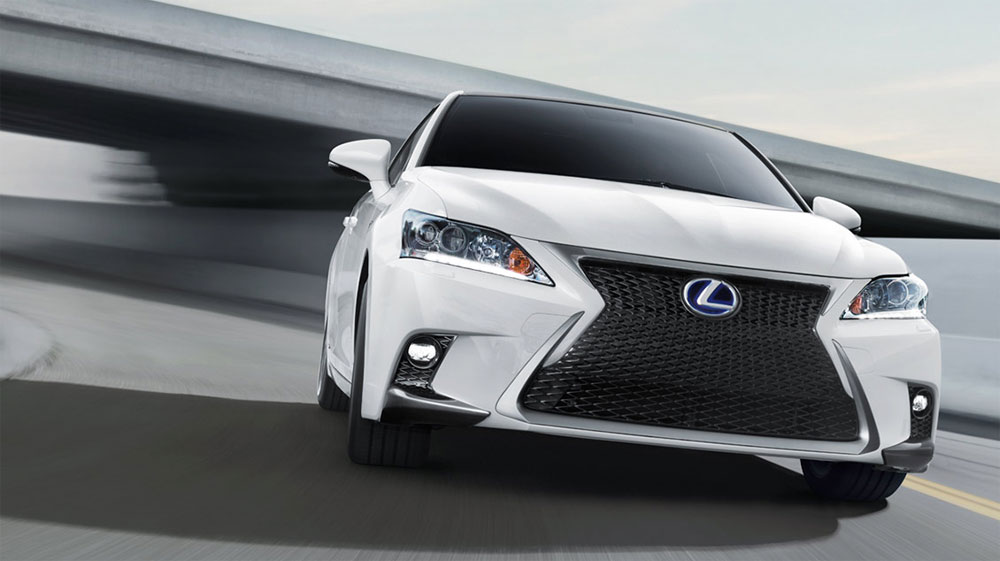 The secret concept that Lexus announced yesterday may not be the mystery we were expecting — in an interview with Motoring Australia last October, Lexus International president Tokuo Fukuichi suggest that a CT-based sedan would be revealed in Geneva:

“This is also a new product that … we consider about the possibility in the market. We have a chance to develop something like this,” said Fukuichi, who is also the global design chief of Toyota and Scion.

When pressed about the existence of such a car, the notoriously cagey Japanese design guru virtually confirmed a concept car would preview the small sedan at the 2015 Geneva motor show in March.

“Yes. Wait till next year, at the Geneva motor show,” he said with a wide grin, unable to contain his excitement.

As definitive as this may be, there’s also another clue — yesterday, a second image of the Lexus display in Geneva was posted on the Lexus Europe website:

Beyond the 2012 LF-CC concept in place of the LF-C2 concept, there’s something curious on the stage where the new concept will be revealed — here it is, zoomed up: 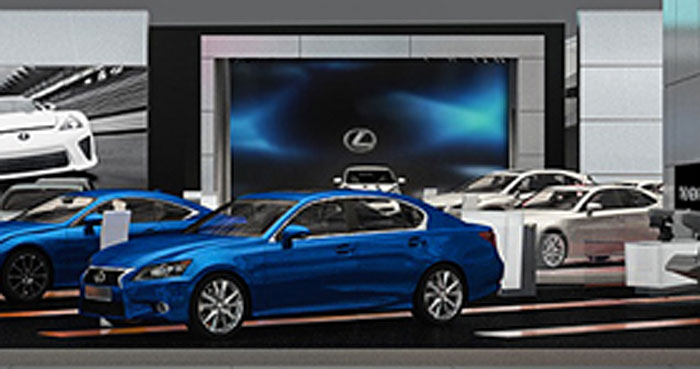 As menioned in the comments of the original concept post, this looks distinctly like an Aston Martin Cygnet — pretty sure Lexus won’t be releasing a city car any time soon, but using one as a placeholder is a message all of its own.

CT200t sedan :) . We can only hope :)
I think it is a model even smaller than the CT. All new. I have heard about some rumors, a cooperation with Mini.

if Lexus makes a car with Mini they will instantly loose Lexus' legendary reliability
Hmmm...I've definitely read the rumors about a smaller Mini Minor (essentially a production version of the Mini Rocketman concept from a couple of years ago) being shared with Toyota. I haven't heard any rumors of Lexus badging for that one, but it's definitely a possibility, given Mini's premium positioning. I'd also forgotten about that Motoring Australia interview with Fukuichi-san. I'm now thinking a concept predictor for the rumored CT-derived sedan is, perhaps, the likeliest possibility for the Geneva debut.

A guess: a mini CUV ?! The CX.
Good catch!
CS 200t? Aha that's pretty exciting. But if I remember didn't lexus say they wouldn't go down to the cla level?
Isn't that just the current GS?

Behind it, under the Lexus logo.
Ahh.. missed that one. Thanks!

I mean I can kind of see how the car could resemble the Scion iQ, already in the Toyota family... And from the iQ sales, I don't think it warrants Lexus releasing a similar model with a Lexus badge. It's likely the CT Sedan. Kind of cool to go compact on the sedan, but would it be 200t? We all hope so, but I am not sure that it fits that Lexus Profile of non-sub $30,000. The article before said it was "range oriented" I kind of feel it has dual meaning, like it will get 50-60 MPG or something and it's going to extend the range of Lexus available vehicles. And I have nothing against the CT because it's a hatch, but when this gets changed to a sedan, hopefully it has a slightly longer rear deck lid, and a 105-107 inch wheelbase increase to go with that 8AR-FTS. I just photoshop'd a CT really quick with the 101 wheelbase, it doesn't look too bad.
CT sedan/coupe with the new 2.0 turbo? Yes please! Oh also be RWD!

It can't be based on the current CT h cause it is about to get replaced by the totally new modular base wich will debut on the Prius 4 wich will have a totally new hybrid powertrain with 4 wheel drive as well.
A CT sedan is not going to preview the Prius drivetrain. Prius will be first. Maybe they dely the new CT until like 2018 or so, then it might have the NEW Prius powertrain. Which will most liekly be something like a direct injected version of the current engine using electric VVT. This will most likely boost power from 99hp to 107hp. The repackaged NiMh batteries will add one additional hp. Thats realistic. Everything else is just dreaming about getting Alice out of wonderland.

This article has some good info. Fukuichi-san specifically mentions turbos in the article. http://m.motoring.com.au/news/2014/lexus/lexus-ct-small-sedan-for-2015-46481
Errrrrrrr... anyone remember how "successful" the HS250h was?? FACE PALM..... Just put the 2.0L Turbo 4cyl in the CT then make it CT200T give those hopelessly uninspiring VW Golf GTi owner a ray of light.
Lexus teased the LF-SA on twitter then deleted.