END_OF_DOCUMENT_TOKEN_TO_BE_REPLACED " /> Lexus to Build a CT-Based Sedan? | Lexus Enthusiast
Menu
Log in
Register
You are using an out of date browser. It may not display this or other websites correctly.
You should upgrade or use an alternative browser. 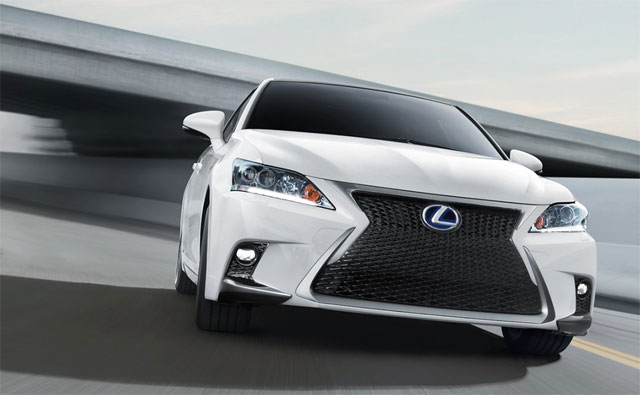 Lexus is considering a CT-based compact sedan, according to a Motoring Australia interview with Lexus International president Tokuo Fukuichi:

“This is also a new product that … we consider about the possibility in the market. We have a chance to develop something like this,” said Fukuichi, who is also the global design chief of Toyota and Scion.

When pressed about the existence of such a car, the notoriously cagey Japanese design guru virtually confirmed a concept car would preview the small sedan at the 2015 Geneva motor show in March.

“Yes. Wait till next year, at the Geneva motor show,” he said with a wide grin, unable to contain his excitement.

This would be a smart move by Lexus. It adds more options for entry-level customers, and there’s some real potential with a stylish compact sedan in the same mold as the Audi A3 & Mercedes CLA.

When asked about possible engines, Fukuichi-san had this to say:

This might be putting the cart before the horse, but does that mean a turbo engine will be offered in the next generation CT as well?

I think this is a brilliant idea, also adding a turbo engine is a must to attract younger buyers. I also think that they should eventually add a NX300t and a CT300t, consumers need more engine options. What do you guys think?

Lexus HS thats what i think.
The only downsizing that would not cheapen this brand anyfurghter is converting the FT86 into a lexus. The problem with lexus is they wanna wait for somebody to start a new trend and they wanna follow. forget CT sedan and start your own thing by converting the 86 u are garanteed to win with that. The CT is not selling best as is, why add another model on that?
They started it with the RX and that has been doing extremely well, why didn't they think of something below the RX before the competition? They need to start being ahead of the competition again, the LS hybrid was THE hybrid to talk about and now it's just way behind the competition. Lexus has great potential, but I don't know why they are holding back.

I hope it gets built on brand new platform that is coming out on next gen Prius and FCV next year.
I am sorry to say this (as a hugh Toyota Group Enthusiast) but for me this not a "smart move" from Lexus instead this compact sedan is coming at least 2 years too late in my eyes. For me Lexus have seen the GREAT success of the CLA and BMW 1 series worldwide And now they wonna have a little piece of the cake.....

"Better late than never". What's wrong with having "a little piece of the cake..."?
nothing... but since the beginning it made no sence for me offering a compact car from Lexus as a hatchback in the US!! You need a sedan for big selling numbers in the US, right? Best selling Toyota is a sedan, best selling Lexus car is a sedan. Why isn´t Toyota offering a compact hatchback anymore at the moment? No big deal they say.... this is the reason why i am saying a CT sedan MUST be offered right from the start. And sorry for my really bad english....
You are wrong my friend, the best selling Lexus is the RX, it even out sells the 3 series.
We don´t talk about SUVs in this case. I thought the issue is "would make an CT sedan sence on the US market?" and my answer is YES. More than a hatchback does.....
technically, the RX is based on the ES ;)
It's never too late, never.
When BMW will show there 2 series sedan next year, then you will know what i mean.
Unless you mean that adding a sedan is too late in general, this will be a preview of the 2nd Generation model. By now (based on this), I presume Toyota is finished with both versions, planned for intro in 2016.

Great idea! Fill these gaps in the lineup already. 200t is a no brainer.
I better hope that the CT will not be a new HS. That one was hideous!! Unfortunately....., the CT has SO much more potential. I get the feeling that they haven't quite figured out where to place the CT. They will soon have to aim for a direction anytime soon!!

Ugh, it will be placed under the IS/ES.

I was actually pondering this a few days ago, and studied the rendering of the CT as a sedan from a while back. Just making it a generic sedan makes it seem too small. I have a feeling Lexus will be exotic about it and use cues from the NX. I really hope so at least. Also, they need to make it feel more premium. I had a chance to overview the CT at my local dealer, and the materials just weren't up to par, for me at least. For example, the plastic on the B-pillar between the two doors is a matte, cheap feeling and looking plastic compared to every other Lexus. That's just an example from the outside, which I feel is extremely important, in addition to interior premium feel.
It sounds like the 2nd generation model due in 2016, which makes sense, as last year it received a facelift. Toyota may not work as far ahead as we do, but I figure the styling/design of both production versions (hatch & saloon) have been recently signed-off for 2016. Styling sign-off/design release on a next generation, happens exactly when (or shortly before/after) a predecessor gets a facelift or updated. Just like the 2012 IS- CF mule was an RC-F mule (and not a late addition to the XE20/2IS linup), this (again) refers to the next CT and NOT the current model.
Instead, I think that Lexus should focus on equipping the CT with more power. The 1.8L hybrid just isn't exciting enough.
In another report, TME EVP, Karl Schlicht said that a CT-based sedan is unlikely. But this report by Motoring Aust came from the design CO himself. Will it be a HS next gen or a brand new nameplate? The options are wide to say the least. They can offer anything from CT200h, CT300h, CT450h, to CT200t, CT350. I think this time, for the new generation, they are going to go the ''fun to drive + eco route'' and going to be similarly exciting as the IS. I have this feeling that they are going to make this sedan slightly larger than the IS, at 47xx, putting it below the ES.

The only engine option I see that they would possibly put in the CT is the 200t. The rumoured sedan will be placed directly below the IS, definitely not the ES. Lexus loves to play it safe!
they're not that dumb to revive the HS nameplate, at least not in the US. and they wont offer any more than two engines max if going by traditionally.

Not sure if good. Building entry level models will not improve Lexus' market share in Europe. They have to sell more IS, GS and LS.