END_OF_DOCUMENT_TOKEN_TO_BE_REPLACED " /> More Lexus F High-Performance Models in the Works? | Lexus Enthusiast
Menu
Log in
Register
You are using an out of date browser. It may not display this or other websites correctly.
You should upgrade or use an alternative browser. 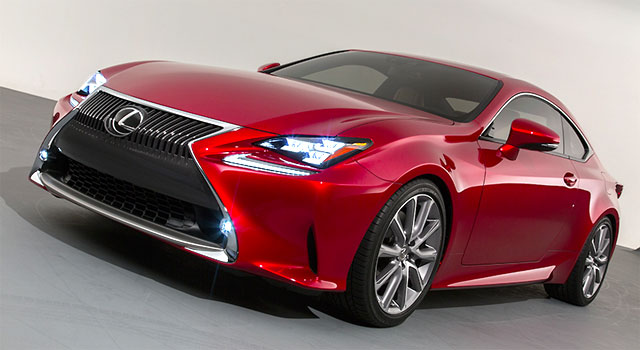 “The car is great because it is wider than IS, it’s got the track width of GS, it’s shorter than IS. It’s got bits from both of those cars and it’s going to be a kick ass driver’s car with a lower centre of gravity and some other things that will make it a fantastic car to drive.

“It will also get people excited about Lexus design.”

Templin also discusses the possibility of high performance F models in the future:

Putting the unique limited edition LFA Supercar aside, there has only been one F ‘halo’ model developed and that’s the V8-powered second generation IS launched in 2007. But along with the RC F a GS F is expected soon.

“F is an important part of our forward strategy,” Templin added. “At each step I want to have halo cars that make the brand, make people passionate about Lexus.”

While the thread of performance has been woven throughout the lineup, true F ‘halo” models are necessary to bring the next level of creditability to Lexus — prototypes for both the RC F & GS F have been spotted at the Nürburgring in Germany, and going by Templin’s quote, we could see more high-performance models throughout the range.

And of course,a competitor to the Boxter,SLK,Z4 and the poetically handsome F-type would be sweet. The RC's platform would be an excellent starting point.

I was thinking of a revived SC to come out with an SCh and SC-F to compete with those models. (I just want the SC to be revived!)

I would be more than satisfied if they have on F model. The old IS F is phased out in a couple of months and thats it then. Just cause there are some prototypes around some racetracks doesn't mean anything.
Seriously, all those reports saying Lexus is content and will do away with the true F halo model is ridiculous. "F-Sporting" regular production models is not an appealing way of saying "We have performance vehicles you are going to want to drive" F Model priority goes something like this. 1. GS F 2. IS F (You can argue it should be #1) 3. RC-F 4. LS F 5. I don't really care after those four 5. Maybe a convertible 2 dr sports coupe like E89 M.

A new IS F is important. Its starting to lag behind its competitors.

Extremely happy to see the RC F and GS F being mentioned. Personally though I would love to see an LS F. Something like the TMG650 would be great once the 5th gen LS arrives.
I wonder if Lexus will tune the 3.5L to 320HP or so. As it could be easily done.
Put more power in the Fsport variant and make is as sexy as my GS Fsport and I'm in. Lexus has me hooked on their cars.
Owning a '13 GS an F would be a welcome addition. My second vote would be of course an ESh F :p

ES has never been a sporty car... It would be pointless. As Kelley Blue Book mentiones: "There are very few less thrilling cars to drive... Straight line acceleration is where the fun begins and ends ..." :)

Great that Mark confirms what we already knew, and is looking to expand the sub-brand. I would like to see a LSF. BD

This is the F Model I wish to see most. LEXUS needs to have a rival to play with in this category.....Bring it ! LSF 650 PLEASE !

Mark Templin is wrong about the length. The RC is not shorter, but 1 inch longer than the IS. (184 inches vs 183 inches for IS). Cannot believe someone at such an executive position would make such an erroneous statement.

Now i make a sarcastic statement: He doesn't know the length of the car in front of him. So how can he konw anything about future powertrains?
Good eye -- I'm sure he meant "shorter than the GS", could have been an error in transcription as well.
I think he meant it has a shorter wheelbase than the IS(4 inches i think) Which is of greater influence on driving dynamics than overall length