END_OF_DOCUMENT_TOKEN_TO_BE_REPLACED " /> Lexus & BMW Working Together on a Hybrid Supercar? | Lexus Enthusiast
Menu
Log in
Register
You are using an out of date browser. It may not display this or other websites correctly.
You should upgrade or use an alternative browser. 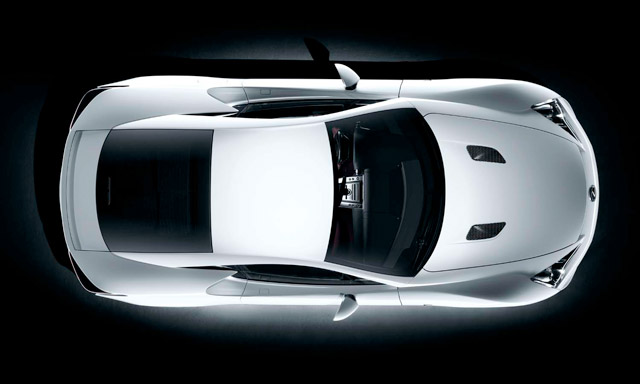 Peter Lyon from Motoring Australia is reporting that BMW & Lexus are working on a next-generation LFA supercar:

It’s been nearly two years since Toyota and BMW announced an agreement to co-develop sports cars using state-of-the-art hybrid technologies, and now a source close to the two companies says the pair has decided on its first joint-venture.

In all their wisdom, executives citing the high cost of developing a high-performance sports car with lightweight materials have opted for a $300,000-plus Lexus LFA-style package, but with a hybrid twist.

Lyon speculates that this new supercar would be powered by the BMW M5’s 4.4-liter turbo V8 and the Lexus hybrid system, with the chassis developed using carbon fiber techniques from both the Lexus LFA & the BMW i8 — if correct, this would certainly make for a potent mixture of speed and performance.

This rumor seemed outlandish when it was first mentioned in Best Car magazine last week, as the partnership between the companies was expected to focus on BMW & Toyota — I’m lukewarm on BMW engines in Lexus vehicles, but it’s far too early to say what the end result will be. A very interesting turn-of-events, to be sure.

Read the full Motoring story about the LFA II

Makes no sense. The purpose of a halo-car is to showcase the ultimate technological state of a brand/company. The main purpose of a co-developing a car is to cut costs. These two obviously contradict each other
Agreed. This is absolute nonsense news. This is a disaster waiting to happen. Using the mass produced generic BMW 4.4 Liter V8 for an ultimate halo car? That makes no sense whatsoever. The first generation LFA was pure perfection. Lexus is way ahead of the game compared to BMW. There is nothing BMW can bring to the table that Lexus can benefit from other than cost cutting.
Since they both are pioneers in carbon fiber technology, and you won't find a better hybrid system than Lexus', and BMW's turbo V8 is a beast......I can see that working out. I guess they would both get a version. The Lexus LFA II and the BMW Z9? BD

No sense for me If Lexus wanna turbo engine to put it in hybrid they can use their own 650 TMG 5.0l It is surely better than all the German offers Thumb down if it is true
Plus Honestly if this turn to be true, I just hope they keep away the LFA name for even more powerful and unique car made just in home Please Akio Please listen If you wanna make something with BMW ok Just keep the LFA name out, called it whatever you want, but not LFA

This will certainly make for a potent mixture of failure for Lexus and a huge win for bmw This partnership screams monumental failure through and through.... >=( Lexus needs to exercise a little more hubris and tell the germans to bugger off..... 10 years of genuine R&D on the LFA, Lexus has leapfrogged BMW by leaps and bounds on supercar technology... BMW is notorious for electrical problems in their cars. It's little wonder why their hyrbrid system is complete junk.... The only beneficiary in this is BMW, for Lexus it will only result in the degradation of quality for the brand and everything that Lexus stands for.
This is really bad for lexus. Lexus please just stick with telsa and dont let the germans in
Bogus news altogether. Lexus is definitely much smarter than that and know where it stands. Lexus LFA had won multiple "best engine of the year" and in some cases "best engine ever awards" beating out other mainstream exotics so why would Lexus want to use a cheaper and inferior, heavy and unexciting BMW V8 that is found on everything from a 550i all the way to the 750 and M5?
Lexus, have you lost your mind? You really let me down on this one.
Not happy about this. Lexus does not need BMW and frequent trips to the mechanic.
I like it. 1. This means there will DEFINITELY be an LFA II, and it will be even faster at Nurburgring 2. It will be built much faster with another company supplying the base engine, and splitting the costs. 3. Under 3000 lbs and under 7 minutes, ce bou pley? BD

A completely terrible rumor just to sell more magazines. Nothing more. What made LFA so great was its connection with pure bred racing car and emotional response from the F1 V10 engine and the 9500 rpm etc. Why would Lexus shoot itself in the foot by even thinking about an ordinary BMW V8 turbo where BMW needs to put fake sounds through speakers just to make the engine sound? Even if Lexus wanted to, Lexus has a great V8 already, which is the 5.0 Liter V8 from IS-F and Lexus could more easily turbocharged that engine since it has been done before. Such a bogus story just to get the buzz and sell more magazines. Nothing more.
Most critics have panned the new M5 for a lackluster engine and also going soft compared to the previous V10 M5. I am sure Lexus is not stupid enough for putting such a lackluster engine in a very expensive exotic supercar especially having done the LFA which has been hailed as something with one of the best engines ever,
This looks to be a clear win-win deal for Lexus & BMW. BMW knows that its engineering/manufacturing expertise is behind Lexus and cannot produce a challenge to the LFA2. Lexus knows that they cannot compete in anti-Japanese markets (with China being the worst), import quotas for Japanese cars in certain markets, etc....no matter how good their cars are. By this joint venture, the LFA2 is likely to be branded as BMW in anti-Japanese markets and branded as Lexus in Japanese friendly markets. This deal certainly makes economic sense! Am sure Lexus is smart enough to have a cap in the technology transfer to BM.
Outrageous! This is absolutely outrageous! Why would TMC/ Lexus even come up with such an idea and to even think about an alliance with, whom I consider, as an arch enemy is beyond my imaginaiton. No my beloved TMC, I hope this is just rumors and speculations regarding the drive train and an obsolete power plant. Granted, I have accepted their collaboration, but I'll never forget the fact that TMC can do things on their own. To put name of Supra on this creation would be an abomination!
I've always said such partnership will have Lexus at a loss and BMW will end up as the benefitting big time. Never trust the Germans companies. When you deal with them it's all about them and their best interest. Look at all the resources Toyota has, why on earth would they need a scrappy trash company like BMW to partner up with?!!!!
And BMW's 4.4L TT V8 is pure trash. I honestly would easily pick the 6.2L pushrods V8 from GM over it.

For God sake Why they won't use the 5.0 L TT that been used and well modified in the LS 650 TMG Imagine this 650 hp with the racing hybrid architecture of capacitors that Toyota shown before Tadaa You have at least 800hp

The anti Japanese in China market does not stand up. The WWW makes people very aware (good or bad) of what's going on. Most people can't be fooled any more. The strong responses on this topic prove it. So it follows that if they tried to sell BMW in China with any hint of Lexus they probably wouldn't buy it. In the UK the argument is opposite but for very different reasons - there's so much badge snobbery over here for BMW that any hint of BMW in a Lexus we probably wouldn't buy it.
This will be an interesting partnership. The BMW engine in a Lexus should be interesting, as I am also not too hot about that.