Included in the press information given out at the 2013 Lexus GS press launch were these two concept drawings (click for a larger version): 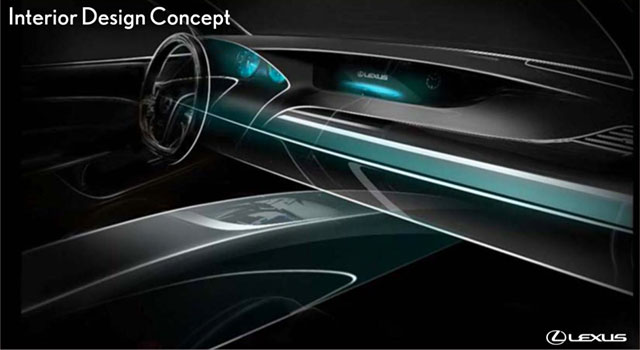 While the exterior drawing certainly bears a passing resemblance to the finished GS, I’m amazed how the interior concept lines up with the real thing: 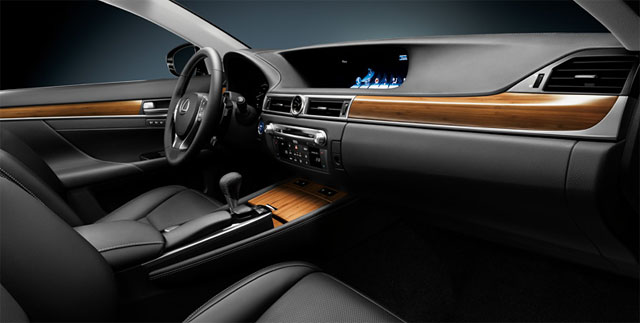 Considering the process and reworking that a car goes through on its way to a production model, the fact that the finished interior shares so much with an original concept drawing is staggering — very cool stuff.

What a sleek  and free flowing profile on the concept......my question is why did LEXUS tone it down so much? This rendering is absoluting a peice of art and expression  of L-FINESS that would set MB, BMW, AUDI on their heads. I love the current expression that will debut next year, however, without sounding negative, this design would have been leading edge  that LEXUS needs so to set them apart right now......I am a bit dissapointed that this is not the car we will see.  I have seen a rendering of the 2013-2014 next LS and it looks much like this with a very long wheel base---I certainly hope this comes to pass on the LS.......we need the best with no exceptions on the flagship.....it needs to be cutting edge to lead the pack.

Can you share the rendering you've seen?
Yeah! Please share! I really hope Lexus goes all out on the next LS!
In reply to Jerry and Worldof Luxury---I happened to stumble across the 2013 LS rendering about 48 hours ago and was struck with my jaw wide open glaring at this marvelous picture......the caption below read 2013 LS.  The sleek profile view was similar to the one above, but miles ahead in class.....long hood with short rear and the longer wheelbase that LEXUS needs to increase to compete with the German Uber Sedans....some are 3-4 inches longer than the "L" version we have.....I have gone back to look for this redesign photo and it has vanished.....I really believe it was an accident that it leaked into the internet.....I have revisited many times to double check, but no chance it is still out there. This was first seen by a Google for : 2013 LEXUS LS 460 redesign.  The only thing out now that would be near it is the new Uber Jaguar sedan......sleek and long with very low profile with the shades of what we see above.....it was the purest representation of class I have ever seen.The suicide doors were present and even a sporty air vent grill near the front end panel that is similar to Jaguar and some Cadillac sedans.
so did you mean that one
Sorry not the right photo----this is very unusual---complete profile shot----awesome sleekness and very much like the GS rendering.

i want that sleek drawing  it makes the beautiful fourth generation GS looks ugly
Really curious about the upcoming IS, hope they don't screw it up....it would've been awsome if they used this sketch without toning it down much....it could easily beat the new and ugly 3-series
Driving the NX 450h+