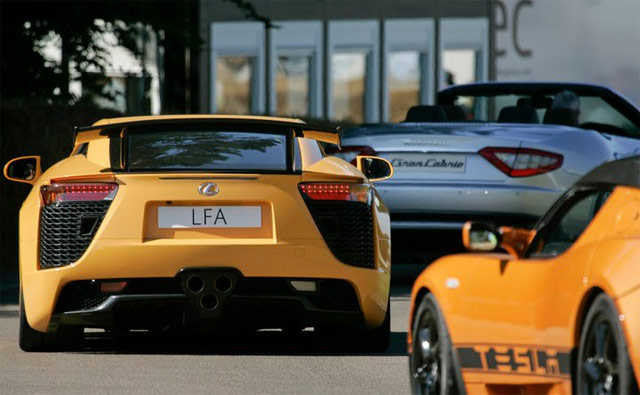 It was a busy weekend for Lexus in Europe — not only did a LS Hybrid serve as the official wedding car of the Royal Monaco wedding, but the UK’s Goodwood Festival of Speed included two LFAs: the #88 Gazoo Racing LFA from last month’s Nürburgring 24h race and an example of the super-limited Nürburgring Edition LFA — let’s start off with some photos from the Lexus UK Facebook page:

There was also a Goodwood run with Akira Iida, the same driver that completed an impressive Nürburgring test run in this very same car:

Some auto journalists also had a chance to drive the LFA up the famous hill — more on that as the articles show up online.