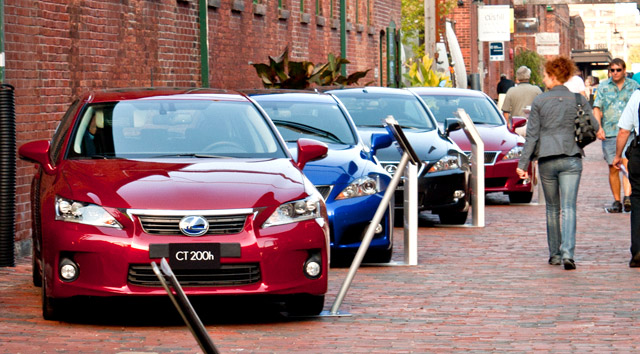 Last weekend, Lexus Canada held a concert series in Toronto that also provided the first public look at the latest CT 200h prototypes, one a Euro-spec Matador Red Mica and the the other an Obsidian CT built for the US market.

Living only a couple hours away from Toronto, I spent the weekend in the city with my little family, where I had ample time to get a good look at Lexus’ latest newest model.

The first thing I noticed immediately, and turned out to be true all weekend — the Obsidian CT is a people magnet. Crowds gravitated to the black hatchback, lining up to take turns behind the wheel. Great for Lexus, but not so great for getting photos — most of my shots of the black CT are closeups: 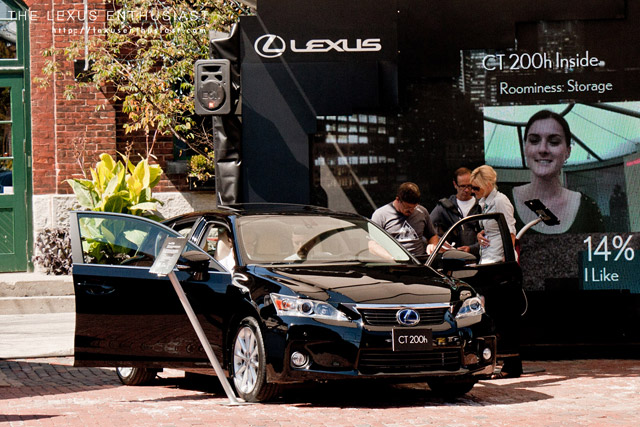 I did take some night photos of the black CT: 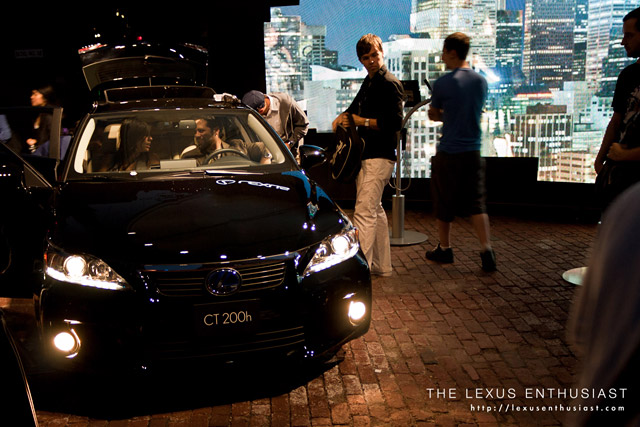 Really though, I much preferred the Matador Red Mica CT, where I spent the majority of my photography time: 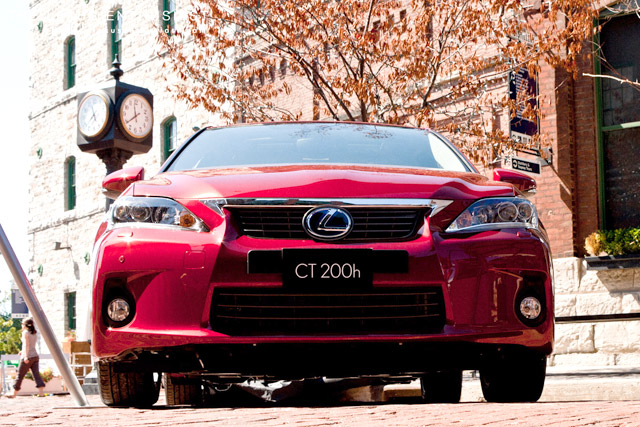 I couldn’t resist some macro photography: 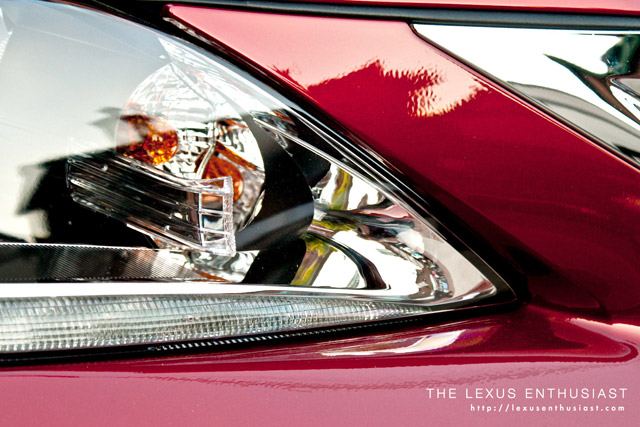 The Hybrid badges really stood out — I never realized how much I like red & blue together: 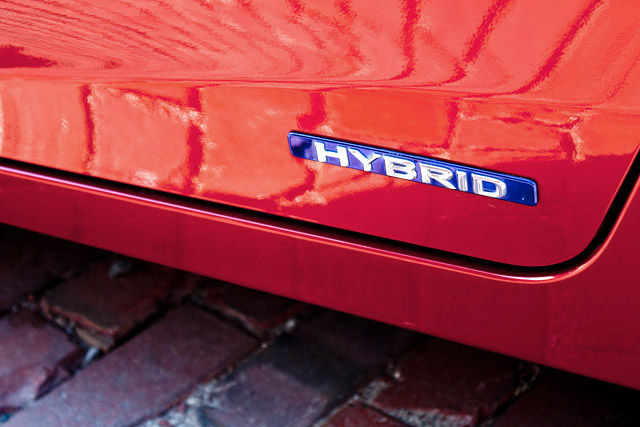 If there was one thing that surprised me, it was how much different the CT looks in person — all my minor quibbles and question marks ended up being of little consequence. For example: 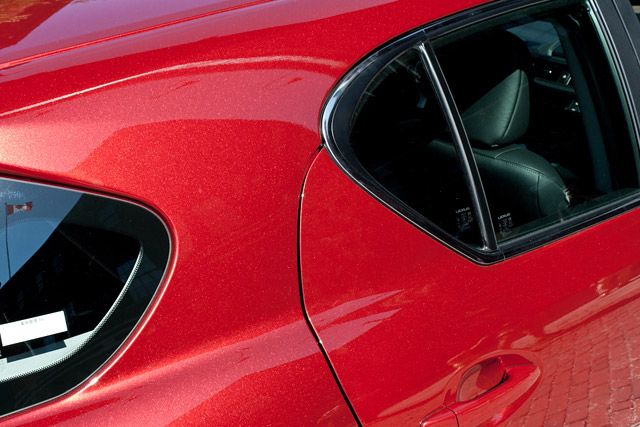 This little wave in the rear door design may look awkward in photos, but up close and personal I struggled to even notice it — it certainly doesn’t stand out the way I thought it would.

And then there was the rear wiper: 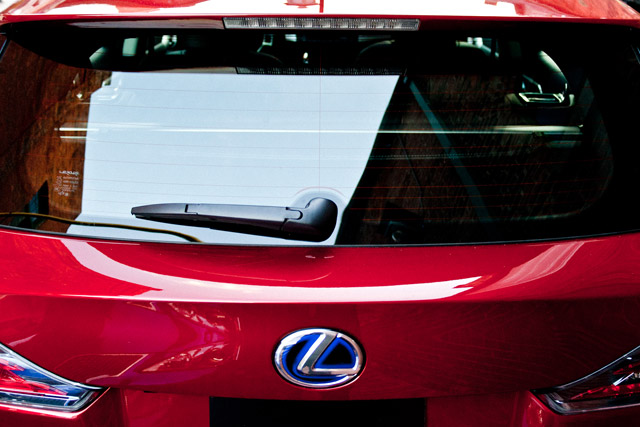 For as much as I hoped the rear wiper would be built into hatchback overhang, the exposed blade fits well with the overall rear design.

And if the exterior draws people in, it’s going to be the interior that sells the CT — it’s that good. The cabin is airy and modern, and much like the RX & HS, it feels like the next generation of Lexus interiors.

Here are some photos from inside the red CT: 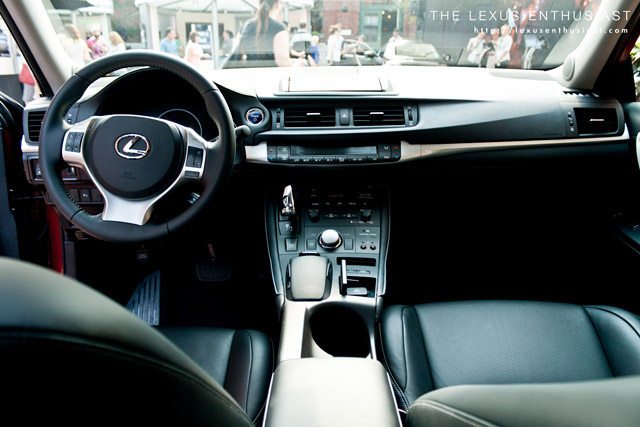 Plus some photos of the black CT interior, which I preferred: 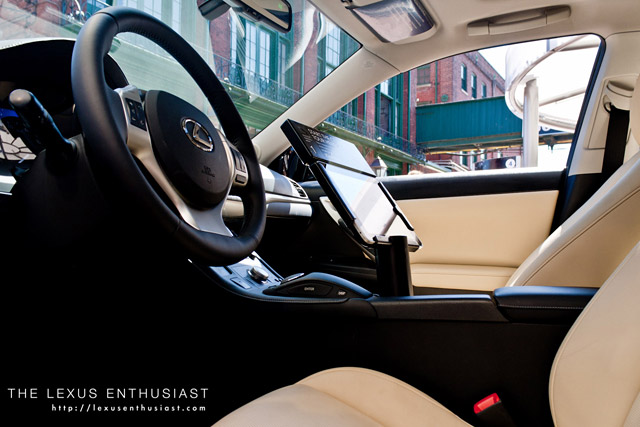 Sit behind the wheel of the CT and it becomes clear why Lexus UK put out a press release about the seating position — they are a bullet-point highlight of the vehicle, and one that fully expect to be a talking point in auto magazine reviews.

Rear leg-room is decent, and benefits from a deep curve in the front seat-backs — but more importantly, the rear seats fold down, making it the only Lexus car to do so.

As a first look, I came away extremely impressed with the CT. The exterior has a lot of personality, and the interior is first-class, even in pre-production form. Much remains unknown — gas mileage, final price, even what it’s like on the road — but if Lexus hits all the right notes, they have the makings for something pretty special.

(Special thanks to everyone from Lexus Canada for their hospitality over the weekend.)

NICE! Now what can Lexus do with the LX 570?!
Great photos! The CT is a feast for the eyes!
I noticed the Euro-spec and US-spec cars had different headlights. Anybody know why?
@Eljay: I'm guessing the headlights on the Euro-Spec cars you see in the official Lexus images are the standard ones. If you look on the red CT, you'll notice that the headlights are the same as those in the official images. Personally, I prefer those on the black -- a bit more aggressive -- but they're probably optional extras (notice the adaptive beams).
@Eljay: The CT will come standard with the HID headlights seen on the black car, and the LED headlights on the red car will be optional. (I love the Lexus LED headlights, probably my favorite design on the road.)
So the HID ones will be the kind that turn with the car? I tried an RX with that feature last winter and I loved it.
@krew: I think you are wrong .. This is a photo of the BASIC EDITION of CT200h in Europe :

@seal: Could be -- I'll have to get details on the differences. :-)
The ones on the black car cant be standard. those are bi xenons, and not the HS, ES, IS, or RX comes standard with it. Most likely, proejector lamps that look like HIDS will be standard with LEDs and Bi Xenons being optional extras
@seal: @Josh: I'm very confident the black one is the one with HIDs. The headlights on the red one resembles LED clusters on other Lexus hybrids in so many ways - too lazy to go over the details :P
I guess we'll know when the Paris Auto Show rolls around in a few weeks.
One of the best small cars I've have ever seen. The interior looks much more upscale then you would expect from such a small car.
Can't wait to see it in person one day.
I'm a bit shocked at the level of orange peel on the red one.
@krew: Krew and all the other guys here ... as i've already told you ;) THE OFFICIAL SPECS AND PRICES .. OF CT200H ;) Do you like to know them ???

WorldofLuxury wrote:@Eljay: I still care more for the LFA!

Well,who wouldn't! :-D I'm still more than a little miffed over the limited production volume. Quite silly really,as I'm about as likely to ever afford something like that as Hawaii is to host the winter Olympics...