END_OF_DOCUMENT_TOKEN_TO_BE_REPLACED " /> New 2010 Lexus IS F Photo Gallery | Lexus Enthusiast
Menu
Log in
Register
You are using an out of date browser. It may not display this or other websites correctly.
You should upgrade or use an alternative browser.

Lexus UK has released some new images of the 2010 IS F, including photos of the all-new white leather interior option: 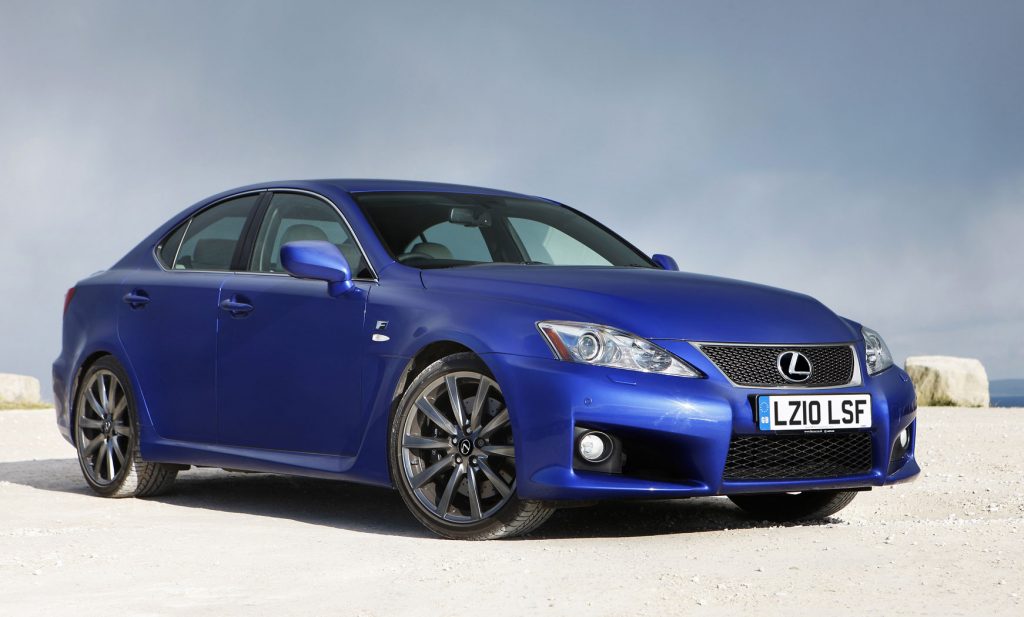 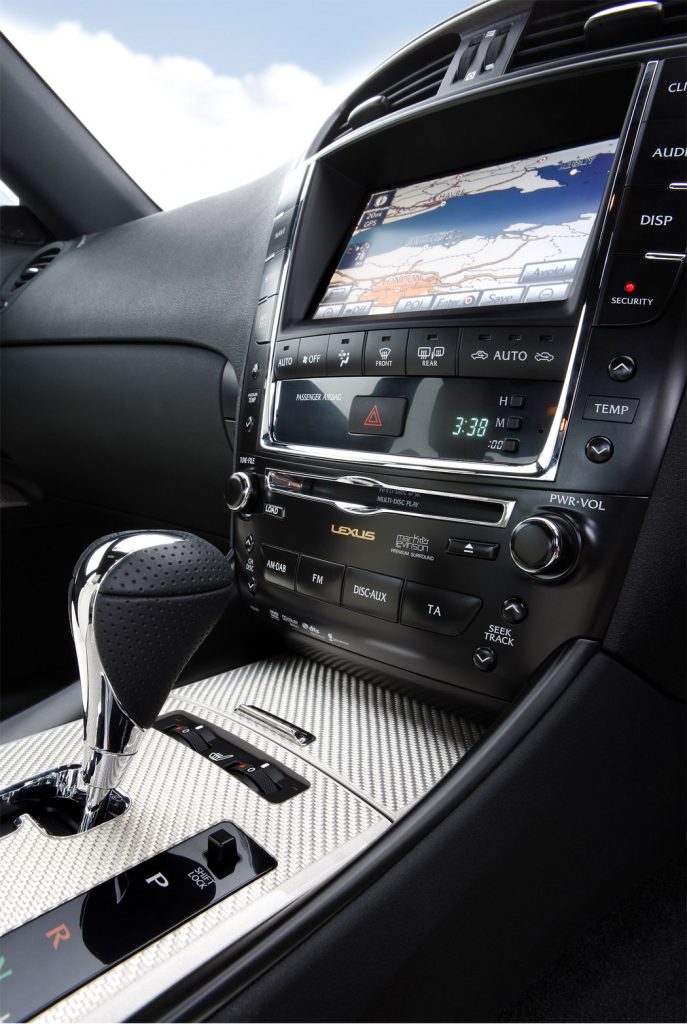 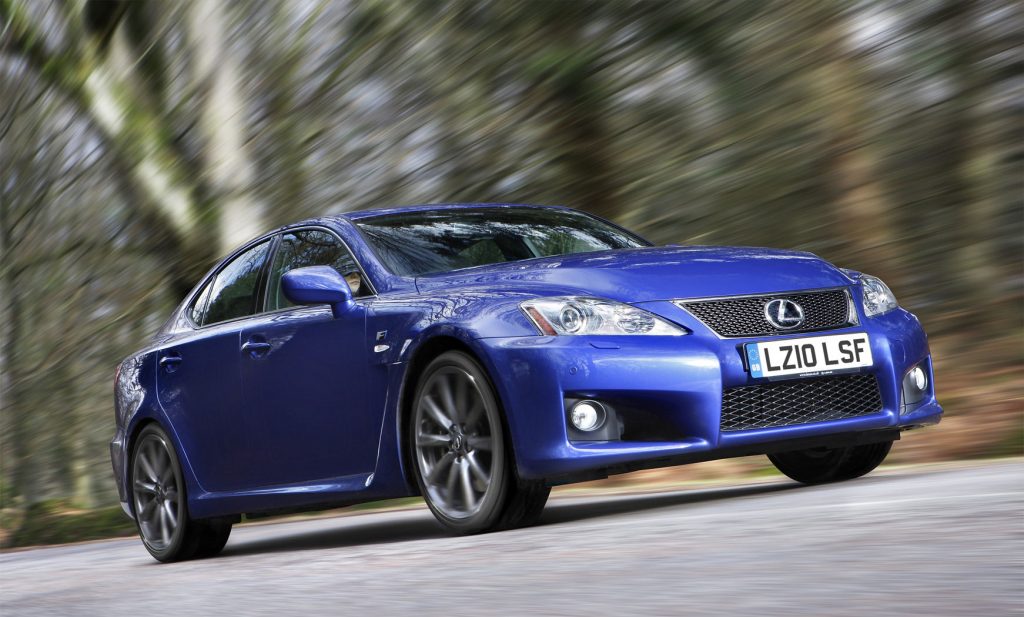 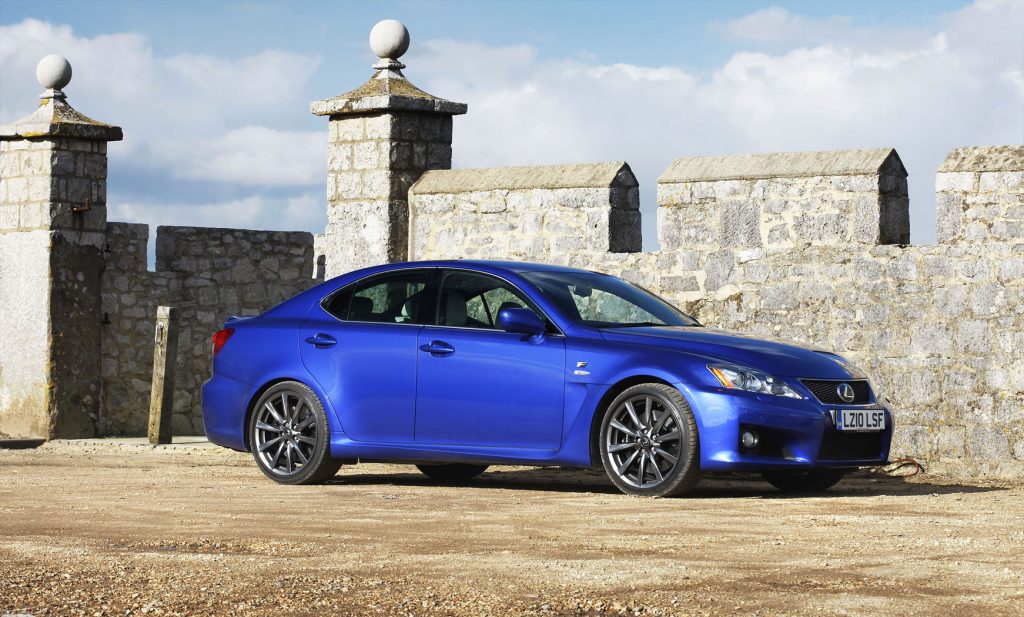 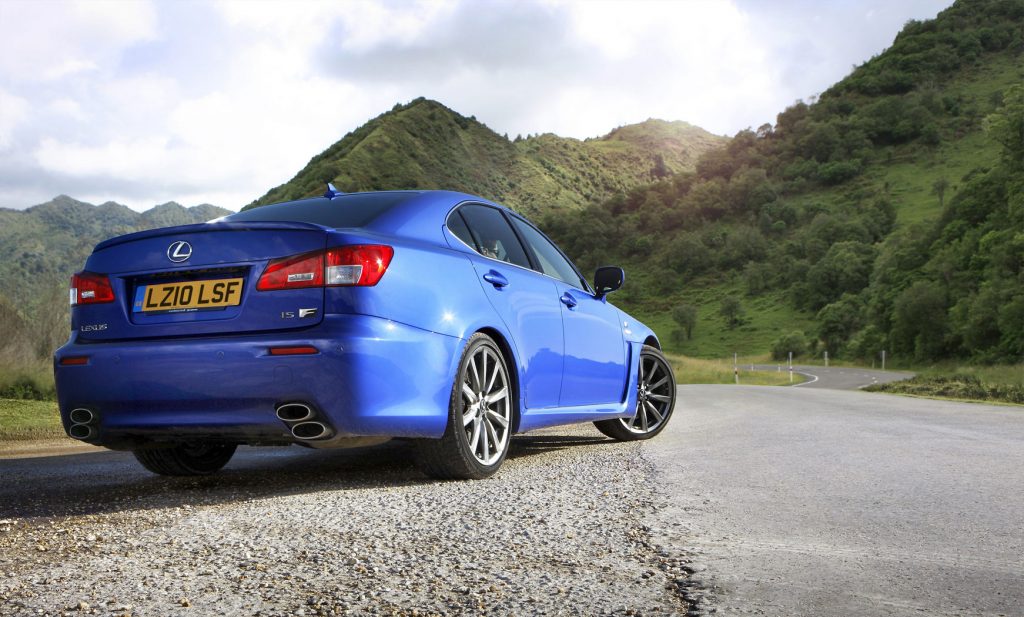 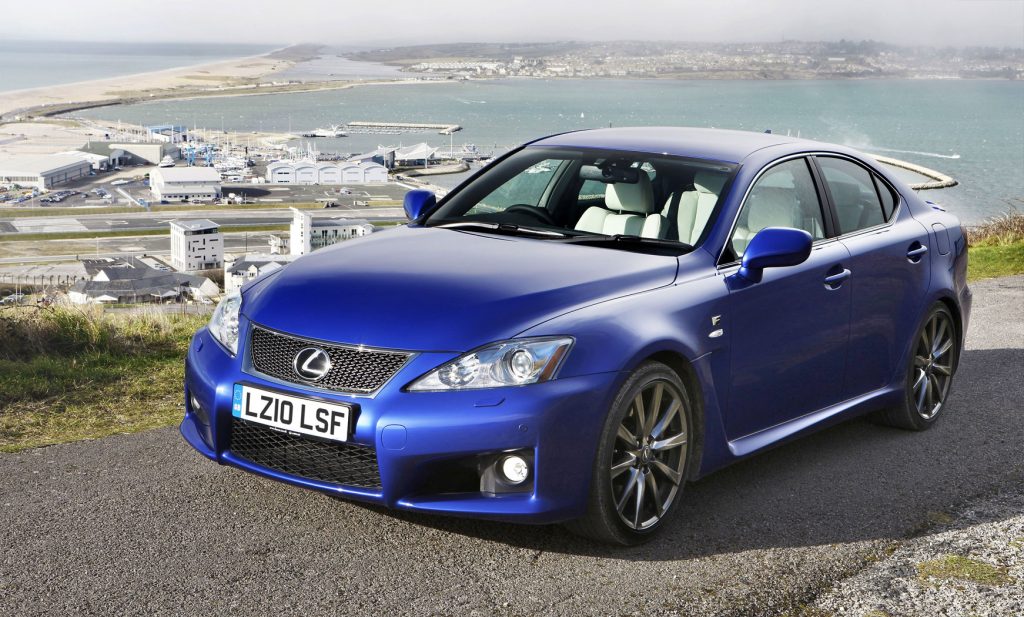 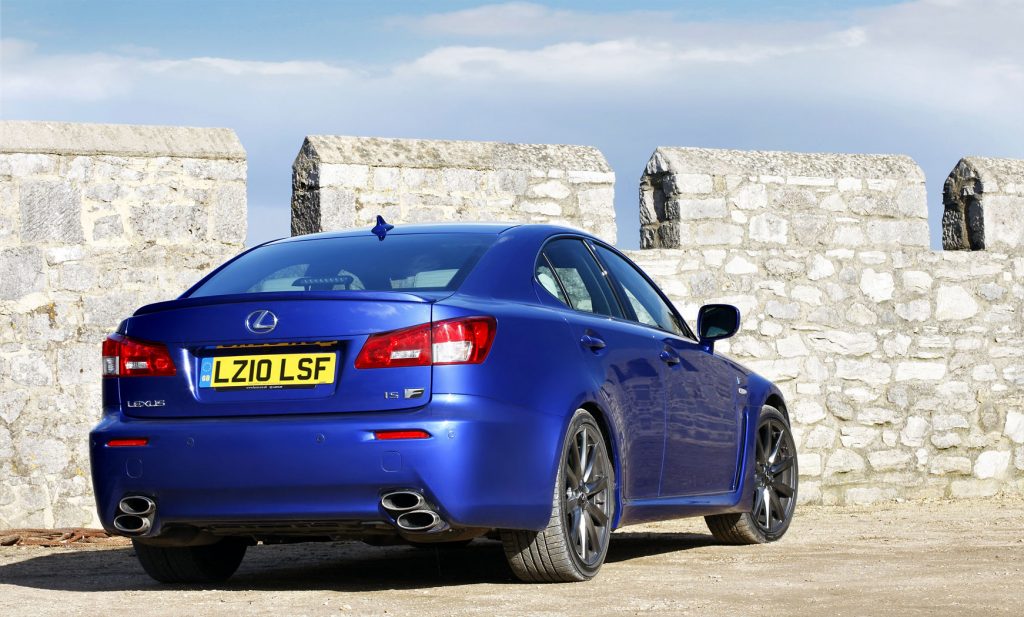 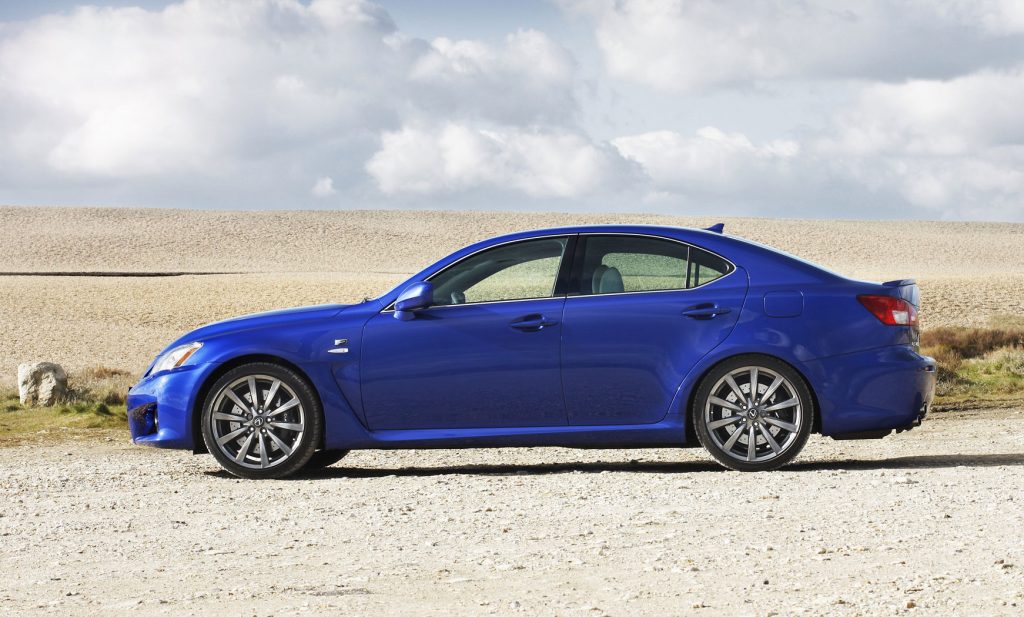 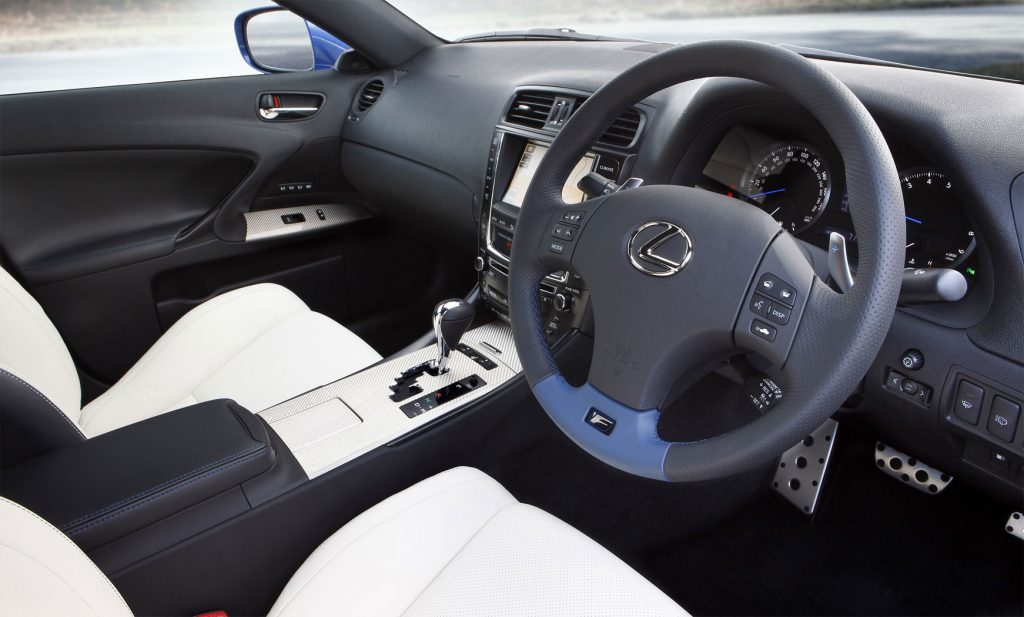 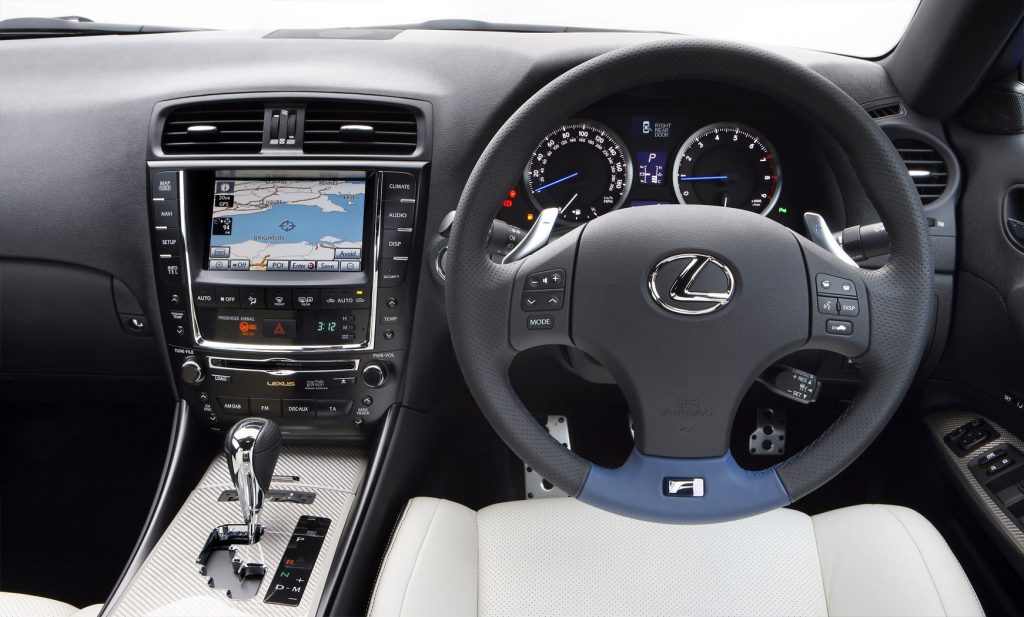 The 2010 IS F has received some minor upgrades for 2010, including a new limited slip differential that improves traction and stability in high-speed cornering. The European spec IS F has also received a new satellite navigation system that gives full-map coverage across Europe.

For full details, the press release is included after the jump.

SHARPER HANDLING, SWEETER SOUNDS FOR 2010 LEXUS IS F
Sharper handling, new high-tech features and a cool new all-white interior lead the list of improvements and changes for Lexus’s ultra-high-performance IS F for 2010.

As announced at the 2009 Frankfurt motor show, the full-blooded sports saloon gains the benefit of a new limited slip differential. Fitted as standard, it gives the IS F significantly better traction and stability in high-speed cornering: Lexus test engineers were able to improve the car’s lap time around the Fuji International Speedway by a full two seconds.

The Torsen unit is robust enough to handle the 505Nm delivered by the IS F’s 5.0-litre V8 engine, automatically directing drive torque to the rear wheel with the most grip. Out-and-out performance is unchanged, with the IS F capable of nought to 62mph acceleration in 4.8 seconds and a top speed (electronically limited) of 168mph.

In keeping with Lexus’s reputation for effective use of advanced technologies, the IS F is fitted with a new satellite navigation system, powered by a 40GB hard disc drive (HDD). It is one of the fastest-responding and most accurate guidance systems on the market, giving full-map coverage across Europe, with automatic links to local traffic information data to ensure efficient route planning.

The HDD also provides an on-board ”sound library” function, with 10GB of disc space available for owners to store tracks from CD – space enough for around 2,000 songs.

The tuner in the IS F’s 14-speaker Mark Levinson 5.1 surround sound system has been upgraded to receive DAB digital broadcasts and a USB port has been added (in addition to the Aux-in jack), to allow for fully integrated connection of portable digital music players.

@Brendan: the 10 spoke wheel is still standard for Canadian market for 2010 as well. But not too sure if its the same as UK which you can choose which wheel you want the mesh (Assuming its the US standard 2010 wheel) or the original 10 spokes?
Driving the NX 450h+