END_OF_DOCUMENT_TOKEN_TO_BE_REPLACED " /> Lexus SC 430 to End Production, Japanese Special Edition Revealed | Lexus Enthusiast
Menu
Log in
Register
You are using an out of date browser. It may not display this or other websites correctly.
You should upgrade or use an alternative browser.

Lexus has announced that the SC 430 will cease production in July, ending the nine-year run of the second generation sports coupe.

To mark the occasion, Lexus Japan will be offering a special, limited edition dubbed The Eternal Jewel, which will bring an extreme level of customization to both the interior & exterior color choices, including separate colors for the body and the roof:

There’s even more variety in the interior color choices: 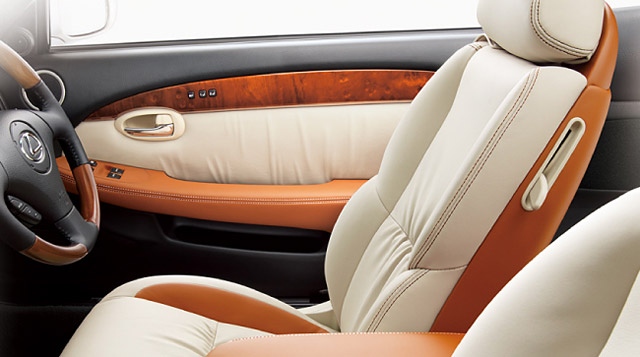 Of course, The Eternal Jewel is also marked with some special badging:

The Eternal Jewel will limited to 200 units and will only be available to Japanese customers. You can find more information on Lexus Japan website.

Naturally, the question becomes: What happens next with Lexus’ sport coupe? We can definitely expect a hiatus for the model, similar to what happened in 2001 with the transition from the first-gen SC to the current SC. Rumor suggests that we might see a concept in 2011 and a production model in late 2011/early 2012.

This is strictly conjuncture, but it’s likely the delay has to do with not taking any attention away from the LFA as it builds momentum towards the first production units in early 2011—but once those units start hitting the roads, it will be a natural marketing opportunity to bring out a (relatively) affordable sports coupe that can capitalize on some of the technology and design cues from the LFA.

My mother-in-law said she's going to sell her 2002 SC 430, red hardtop convertible with 36,000 miles. Excellent condition. I stumbled on this site and don't know if it's appropriate but if somone's interested my email is history@digitalpath.net. The car is in Escondido, CA

Larry Jack­son wrote:My mother-in-law said she’s going to sell her 2002 SC 430, red hard­top con­vert­ible with 36,000 miles. Excel­lent con­di­tion. I stum­bled on this site and don’t know if it’s appro­pri­ate but if somone’s inter­ested my email is history@digitalpath.net. The car is in Escon­dido, CA

Don't sell the car now and wait for the production to end, the value will increase a lot, and try to keep it in good condition till the end of production.
Driving the NX 450h+