END_OF_DOCUMENT_TOKEN_TO_BE_REPLACED " /> 2010 Detroit Auto Show: Lexus LF-Ch Photos | Lexus Enthusiast
Menu
Log in
Register
You are using an out of date browser. It may not display this or other websites correctly.
You should upgrade or use an alternative browser.

The Lexus LF-Ch was a cornerstone of Lexus’ Detroit Auto Show exhibit, its yellow exterior a beacon among the silver of the other Lexus cars on display.

The aggressiveness of the front end is cartoonish with its muscular styling and the cute car-face, but that’s nothing a new bumper wouldn’t fix. The exaggerated design boosts the concept car appeal though, and in that the LF-Ch succeeds wildly. It’s an eye-catcher, especially viewed from any 3/4 angle: 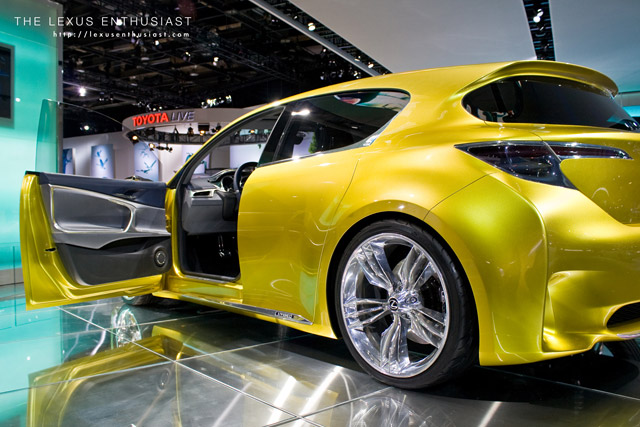 It was the wheels that really got me going—it’s as though they were made out of plastic the way the light bounced off them, as though you could see right through them: 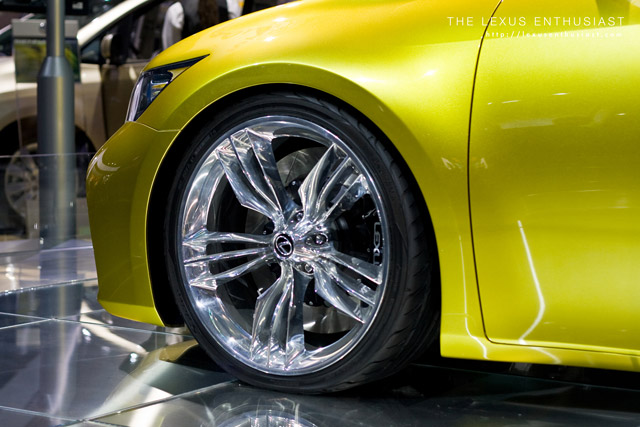 This car is going to be a winner. Ignoring the obvious concept car elements—the darkened light fixtures, the mini mirrors, the over-the-top bumpers—and there’s a strong production car that hits all the right notes, at least from a design perspective. The engine options and the final interior design are still unknown, but the vehicle certainly fits well into the Lexus lineup, especially with the F-Sport accessory potential. Much more excited about the LF-Ch after seeing it live, and can’t wait for the production model.

Some photos for you to browse: 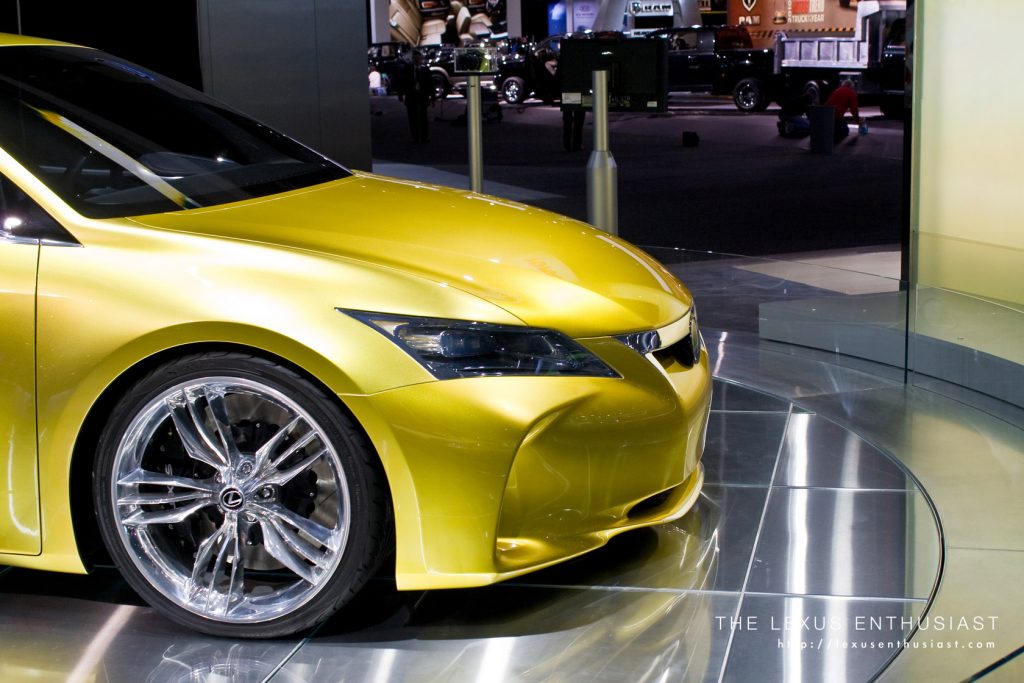 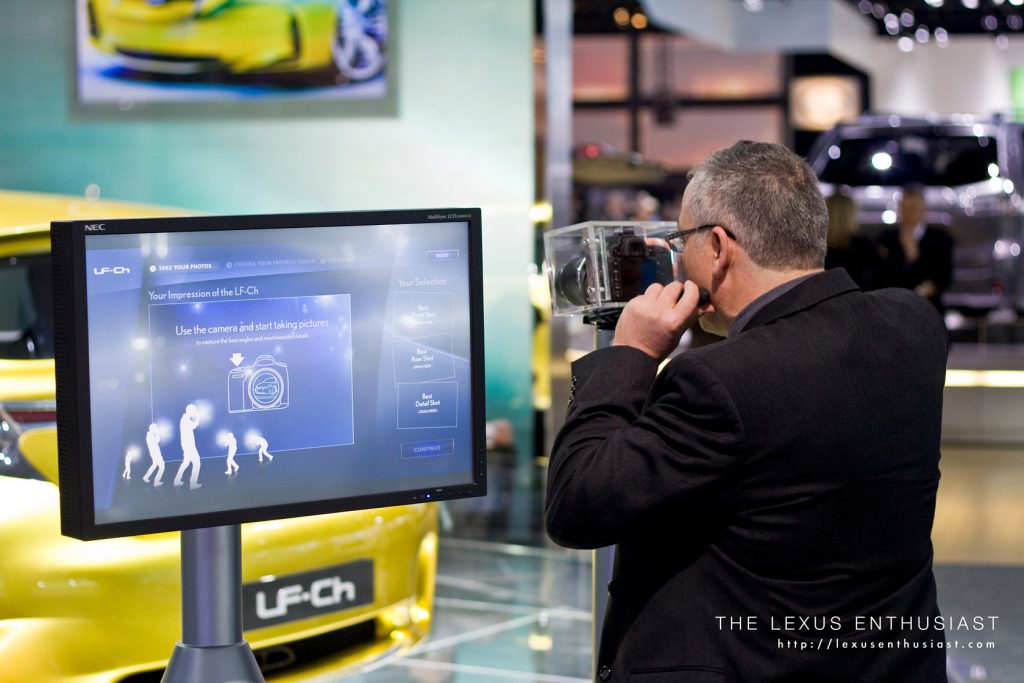 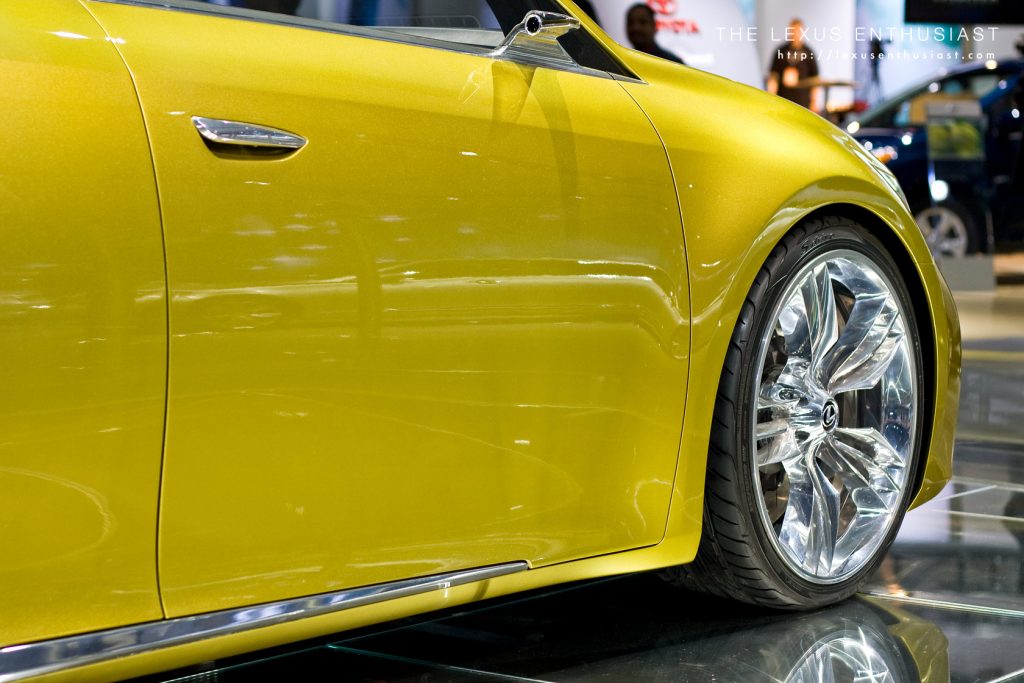 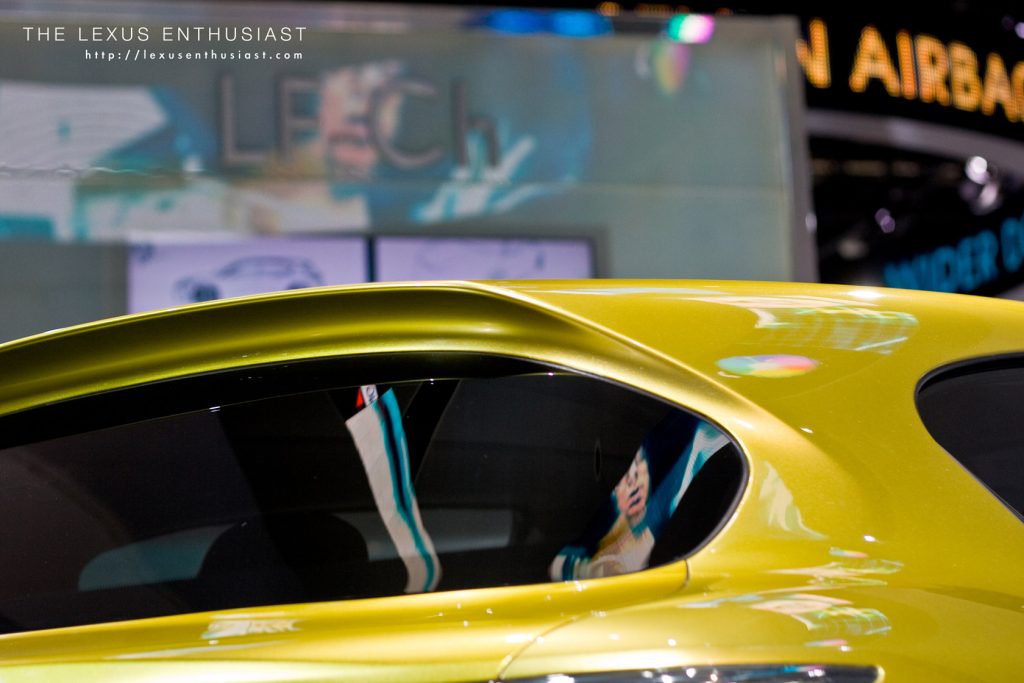 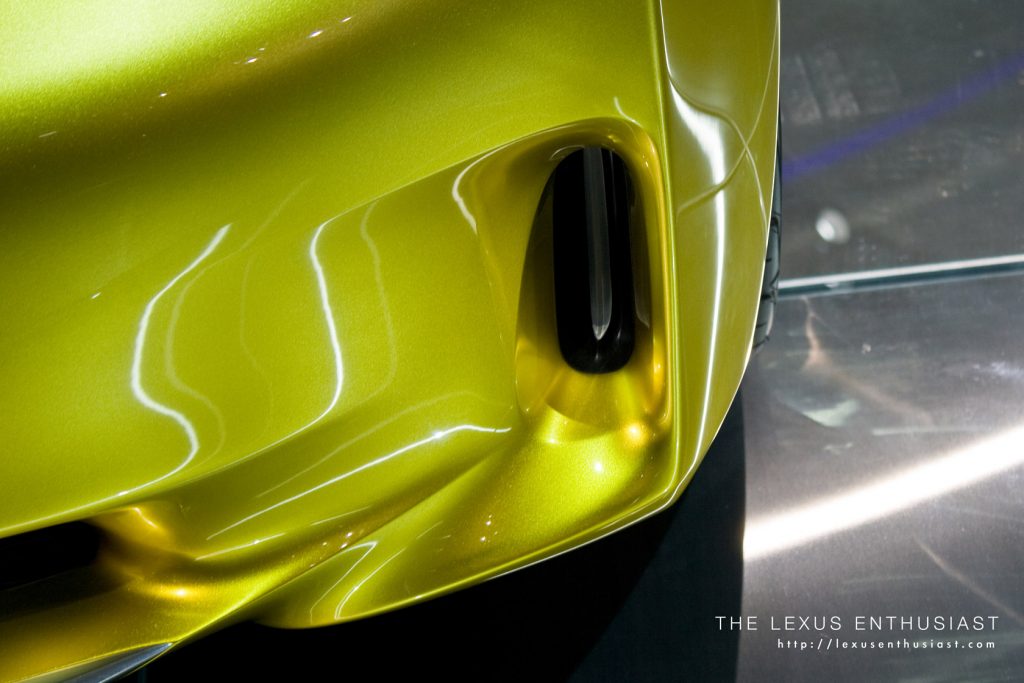 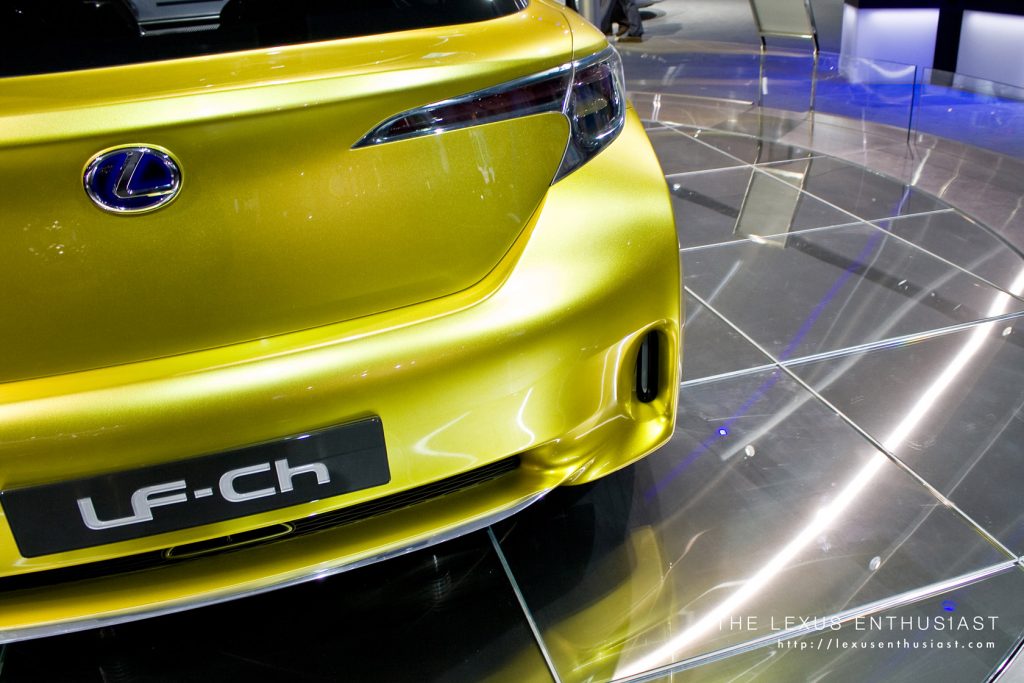 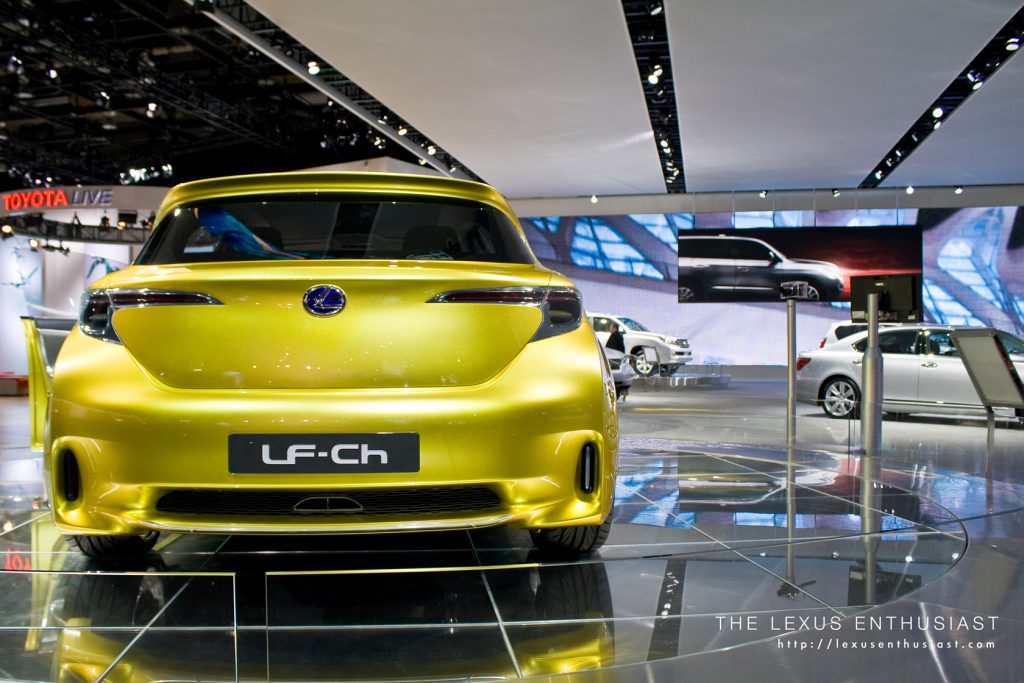 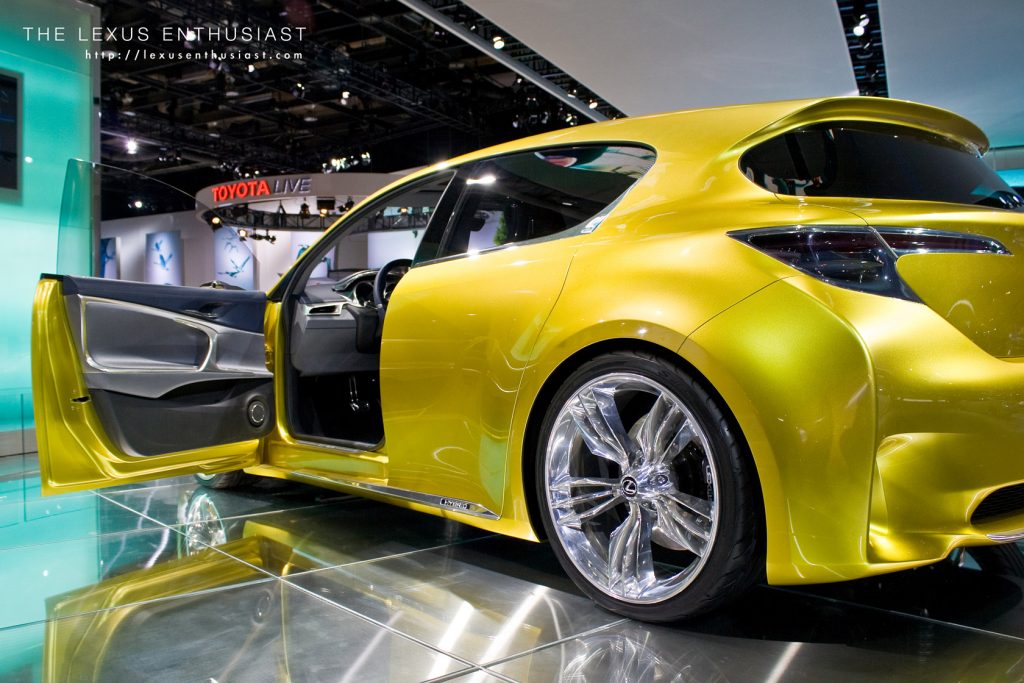 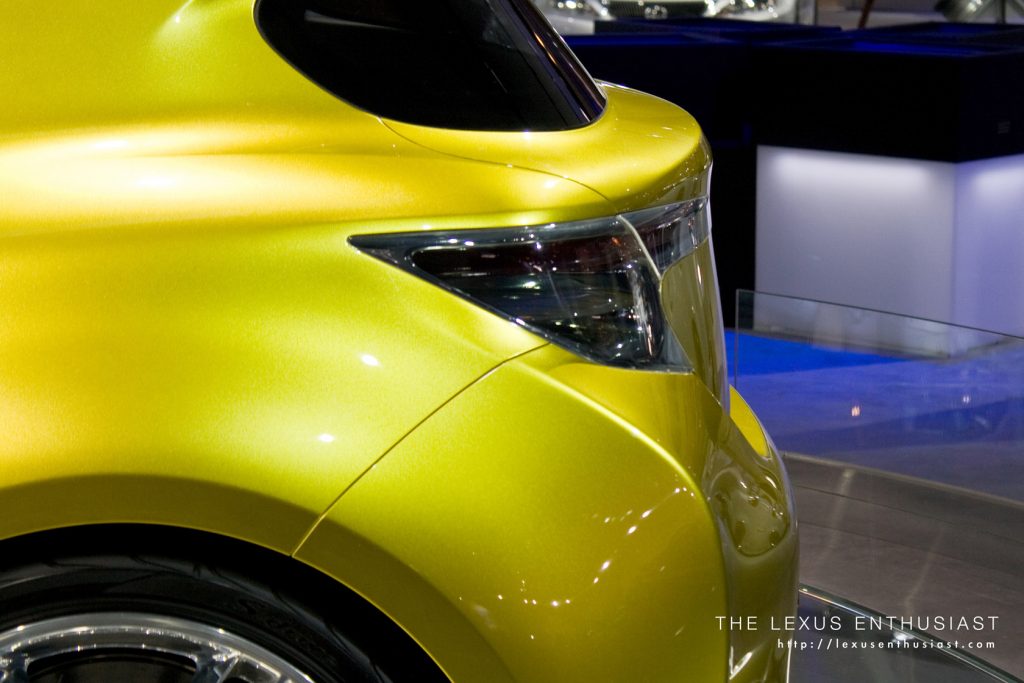 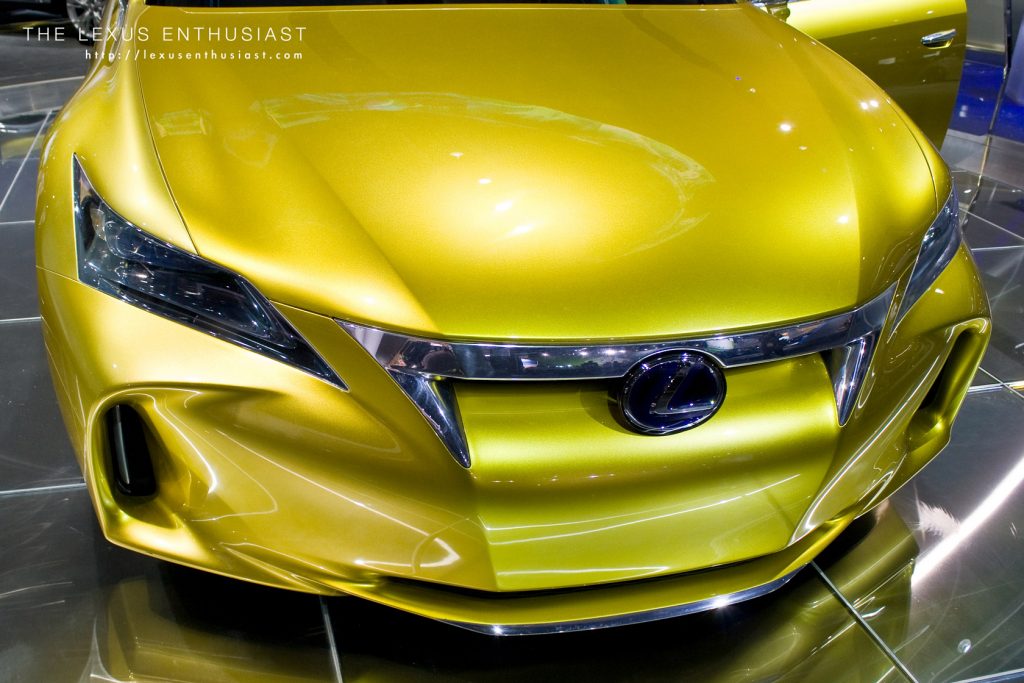 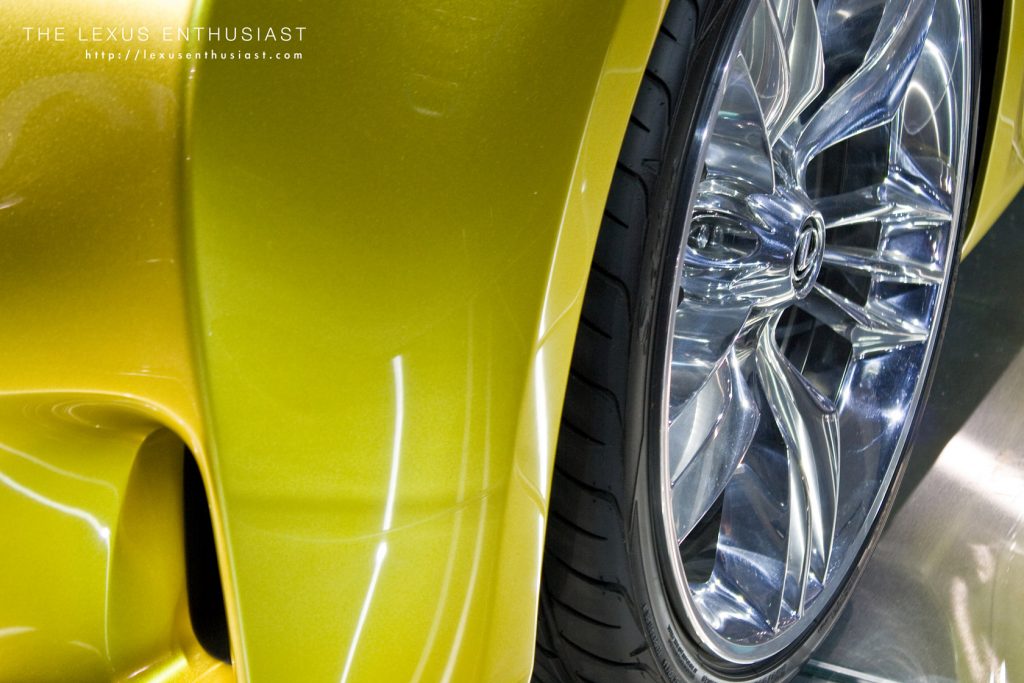 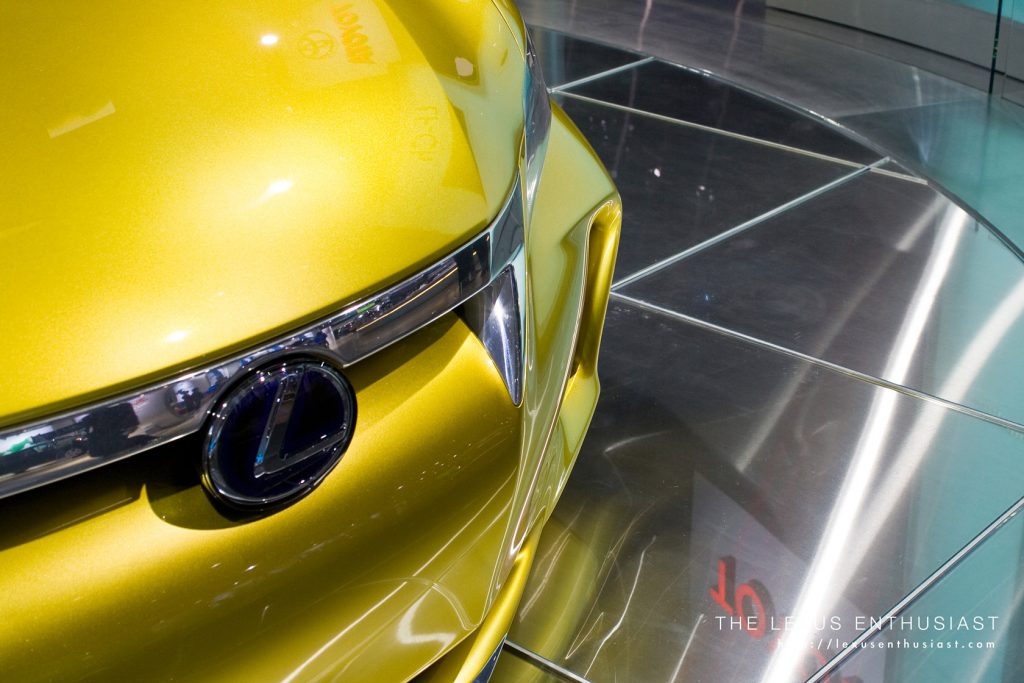 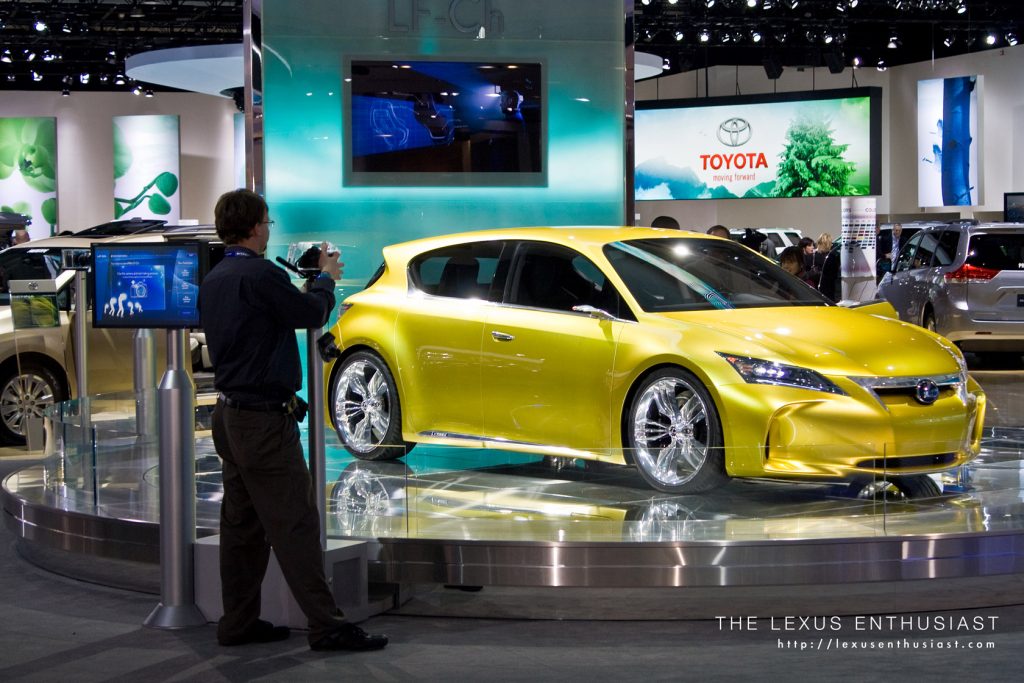 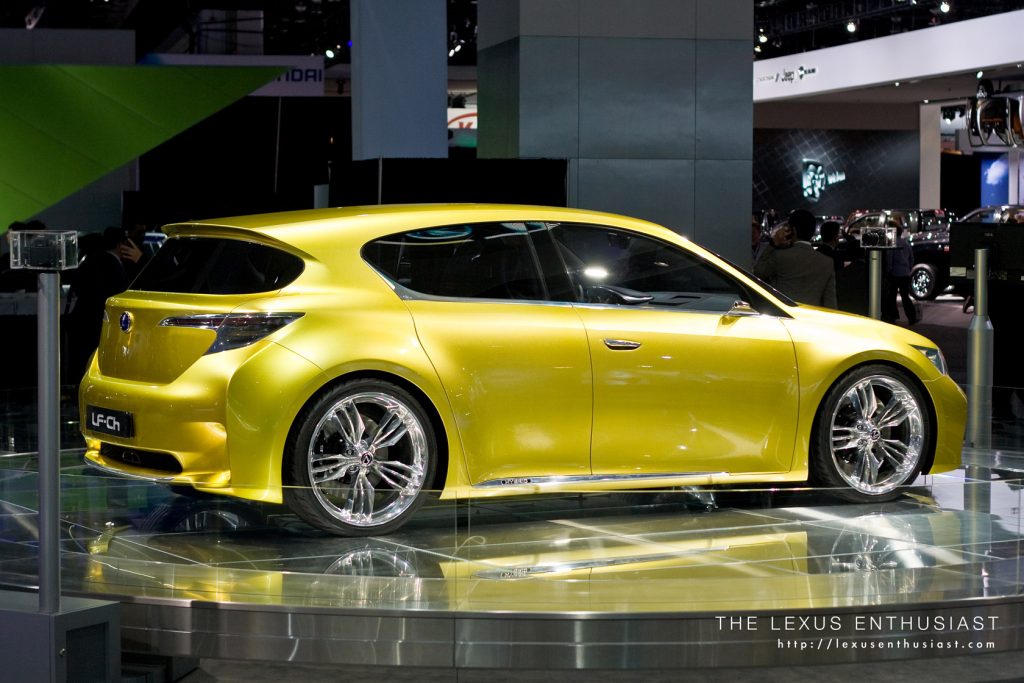 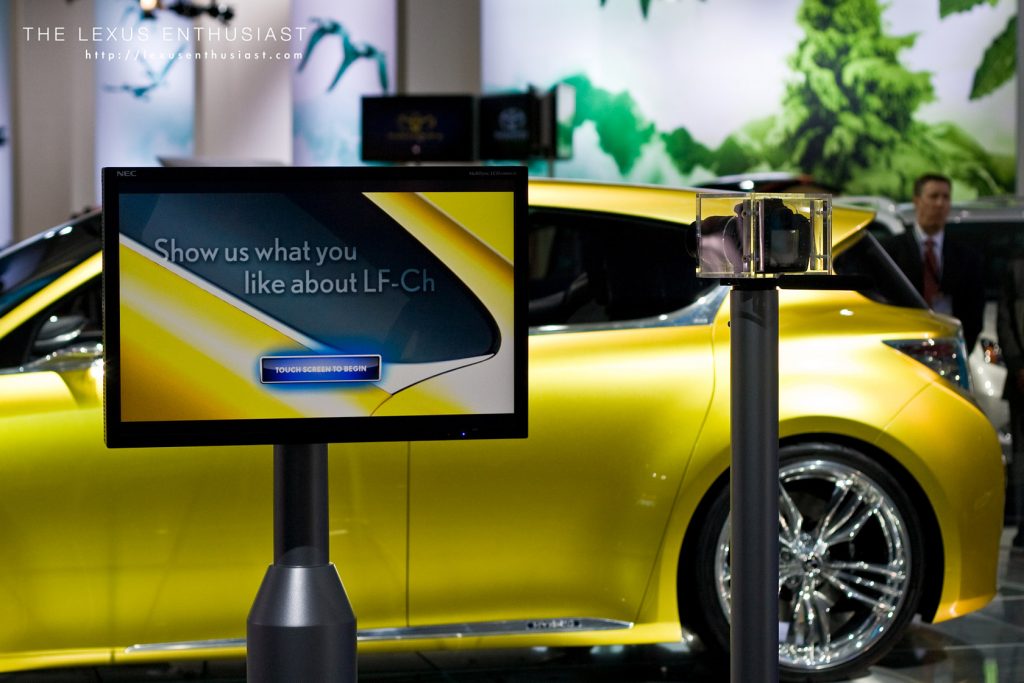 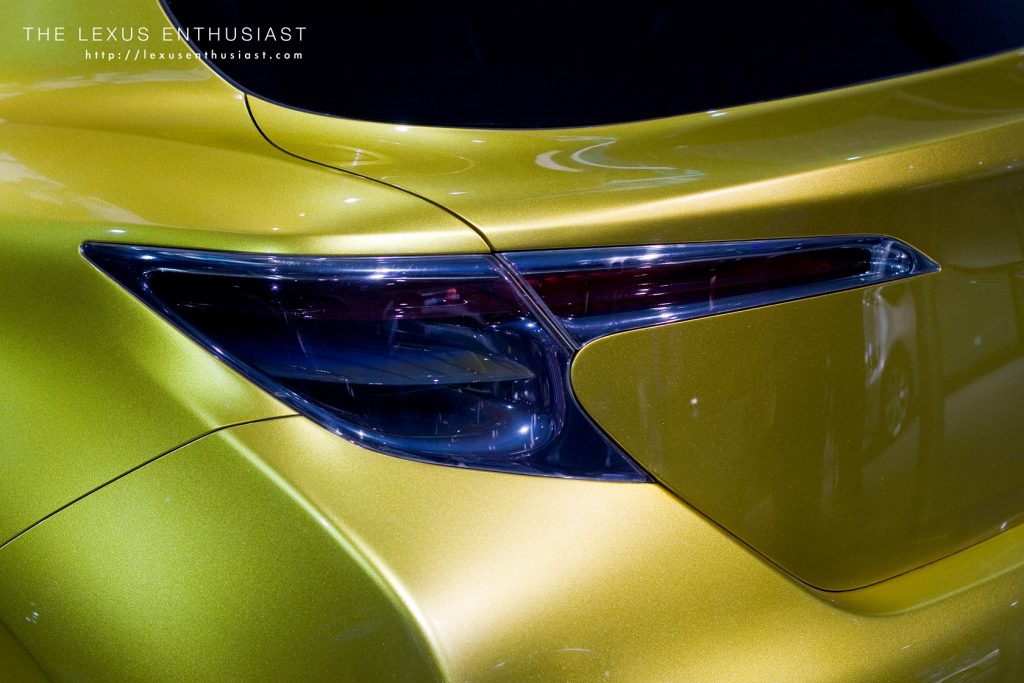 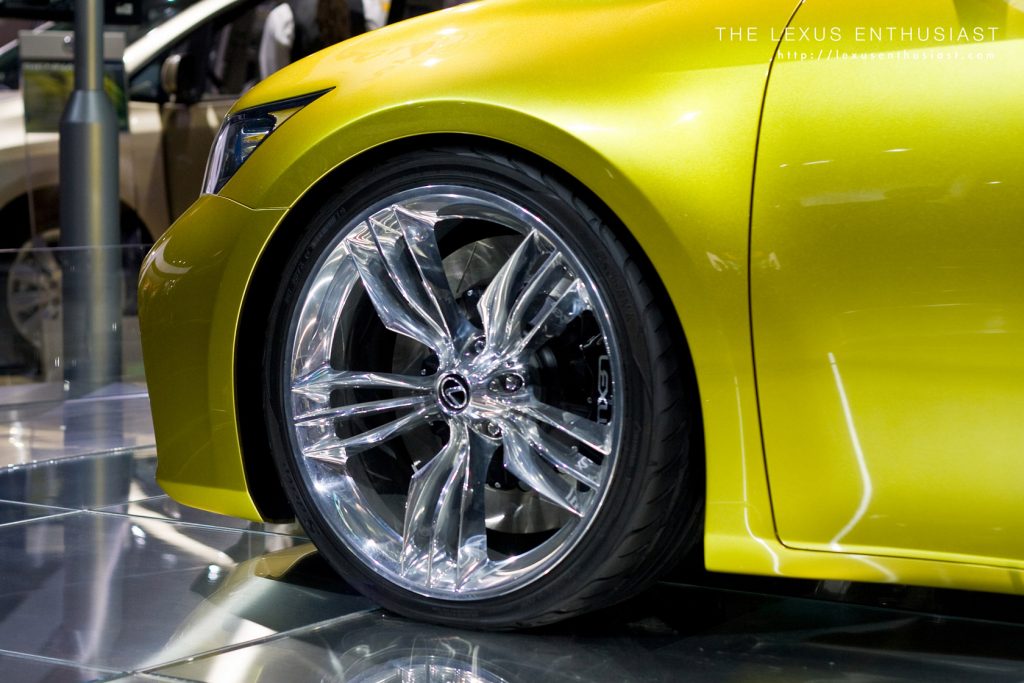 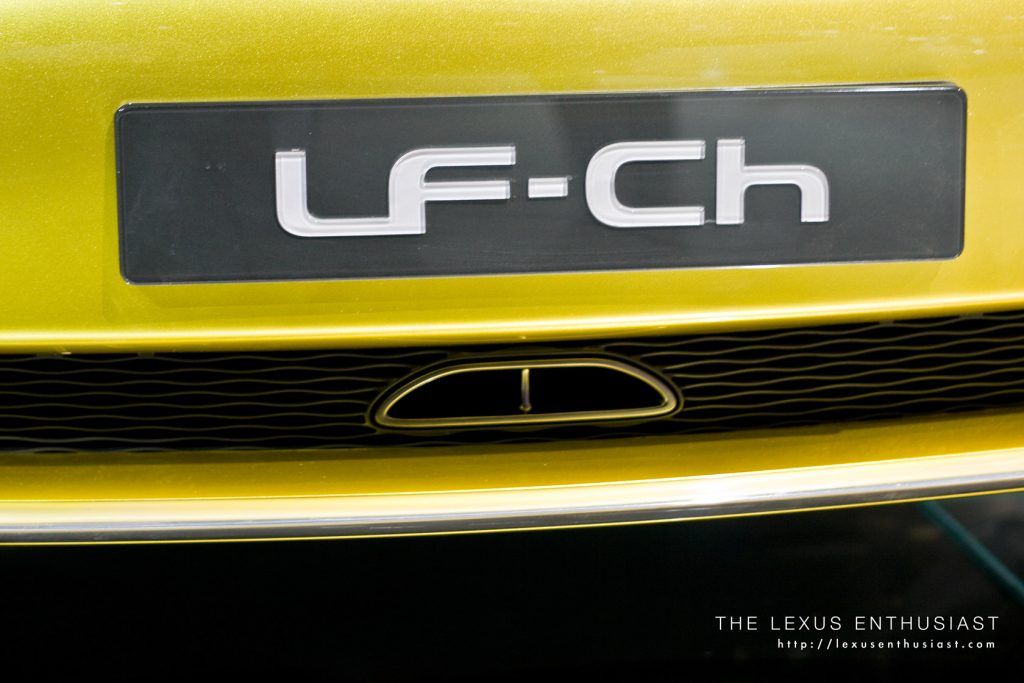 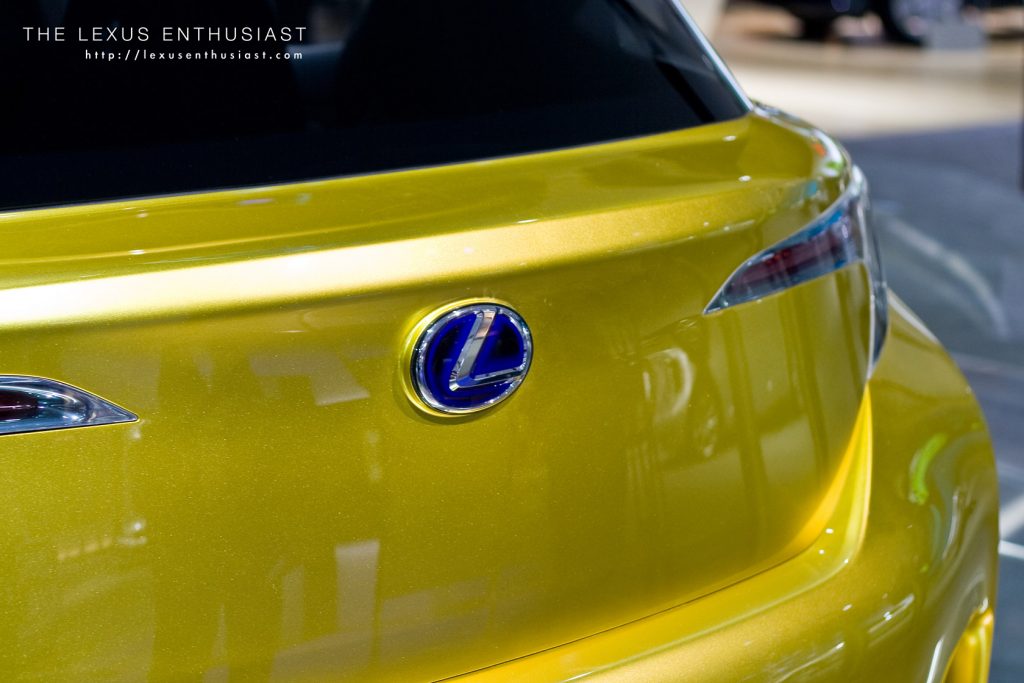 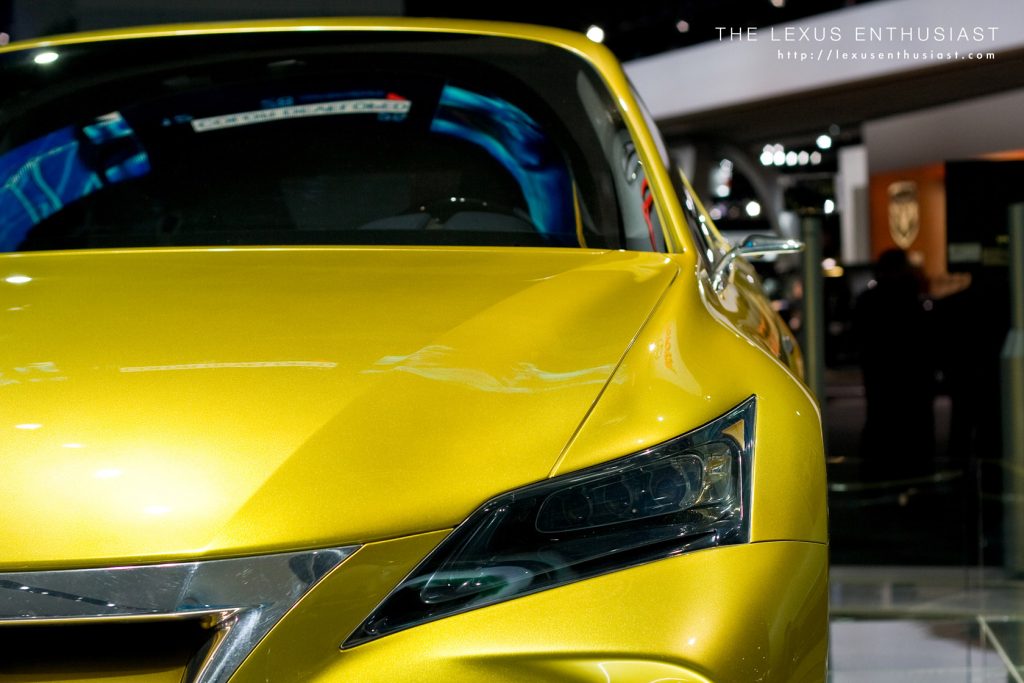