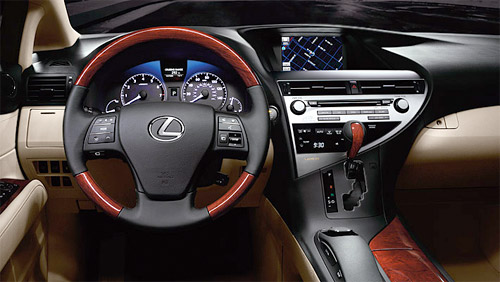 Last month, when the new Lexus RX 450h was given Ward’s Auto Design Harmony award for its asymmetric interior, it wasn’t too clear what “Design Harmony” actually meant—luckily, Ward’s has come through with some clarification:

Contributing to the serenity are enough artistic flourishes to warrant a special exhibit at the Guggenheim.
   
Take the dramatic swoops and bulges that make up the instrument panel. The lack of symmetry and the absence of a conventionally arrayed center stack make for a visually arresting experience that simultaneously soothes and engages.

It’s more than the instrument panel that impresses. Throughout, the vehicle demonstrates a new aesthetic that relies not on straight lines intersecting at right angles but on unconventional shapes that serve as strong design cues.

A shining example is the door panel. In the new RX, the upper part of the 2-tone panel is trimmed to resemble the wing of a bird in flight.

The door panel in question, though not 2-tone: 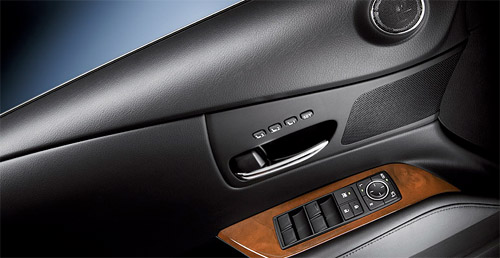 A curious award, it’s as though Ward’s went out of their way to give the new RX interior some recognition. It will be interesting to see if this off-kilter design philosophy makes its way into the other models, especially as Lexus starts integrating the Remote Touch controller.