Lexus has issued their press release with details on the new 2010 RX 350 & 450h, which backs up the specifications and options I posted last month. Here’s some selected passages from the press release: 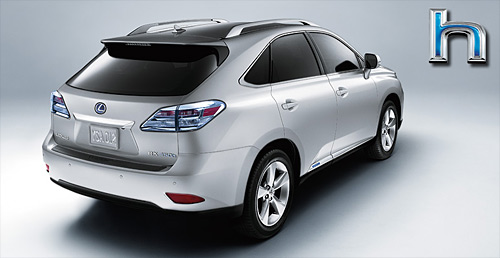 Entering its second generation, the RX 450h will feature an enhanced Lexus Hybrid Drive system with a 3.5-liter V6 gas engine that runs on a highly efficient Atkinson cycle. Combined with a new, more efficient inverter, the total system output will be 295 horsepower, 27 more horsepower than the current generation RX hybrid.

Another step in the Lexus Hybrid Drive’s evolution is the addition of two new systems that improve its efficiency. The first is an exhaust-heat recovery system that reduces engine warm-up time allowing it to stop earlier, more often, and for longer periods. The result is an improvement in both fuel economy and emissions. The second is a cooled exhaust-gas recirculation system that reduces engine pumping losses, which also helps to improve economy. 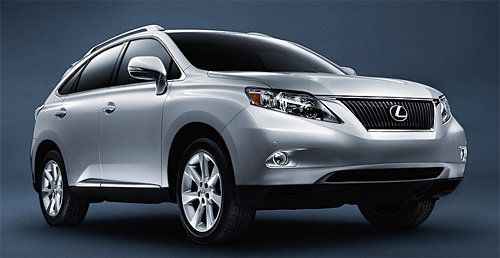 The third generation RX 350 will be powered by an improved 275-horsepower, 3.5-liter V6 engine mated to an electrically controlled, sequential-shift six-speed transaxle. The all-wheel-drive version will feature an Active Torque Control AWD system that optimizes torque depending on driving conditions, resulting in improved efficiency and performance. 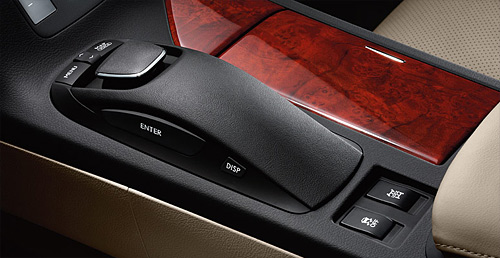 The all-new RX models possess a number of Lexus-first technologies that enhance the ownership experience. An available Hard Disk Drive (HDD) navigation system has an all-new “Remote Touch” controller that is both intuitive and ergonomic. Positioned on the center console, Remote Touch is as natural to the driver’s hand as a computer mouse. It can also be customized to the desired level of haptic feedback. While RX will feature voice recognition as standard, the new navigation system will also include a new casual language voice-recognition system that acknowledges conversational commands. Standard XM® satellite-radio capability (requires subscription) is joined by XM NavTraffic and new NavWeather features. 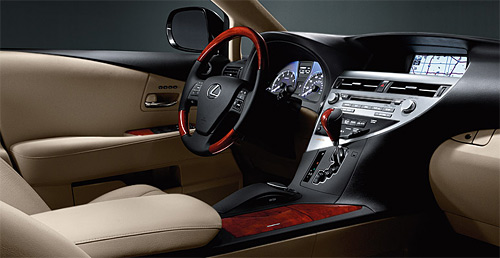 The “display zone” assists the driver via an eight-inch, navigation display that is set back in the dash for improved visibility. A white Organic LED multi-informational display ensures exceptional readability from a wide angle. An optional Heads-up Display reduces the need for excessive eye movement, and the use of high-intensity LEDs make the display bright enough to be read in direct sunlight.

All in all, I’m impressed with the progression, particularly with the extremely modern interior, though I share the common opinion that the exterior design wasn’t pushed far enough. One thing to keep in mind is the need for balance and continuity, after all, the RX is Lexus’ best selling model.

There’s a lot to absorb, a ton of pictures and information to go through, and I’m going to give it some thought before I make a final decision. I can say this, I’ve seen both the heads-up display and the Remote Touch controller in action, and it was the first time I ever really wanted an RX.