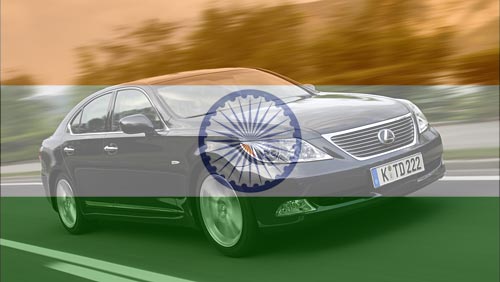 It was rumored late last year, but according to the India’s Economic Times, Lexus is planning to bring their cars into the market by 2010, starting with the LS and LX models:

[Toyota] has started the preliminary groundwork in terms of strategy and dedicated dealership network which will be different from the network that sells Toyota’s existing cars like the Innova, Corolla and Camry.

Sources added that TKM will rope in select dealers for the Lexus range under a new marketing strategy. “It is likely to have exclusive dealers for Lexus, concentrated mostly in metros and major cities. Even the existing TKM dealers shortlisted for the Lexus will operate from a separate exclusive entity to maintain its niche brand value.

The luxury car market in India is just emerging, and it only makes sense to bring Lexus in while brand loyalty is still to be established. Really, though, I’m surprised it’s taken so long, and that there’s going to be such a considerable wait period.

Still, it’s better than selling the cars through the local Toyota dealerships.