BusinessWeek has a story in this week’s magazine about the issues Lexus is having establishing the brand in Japan: 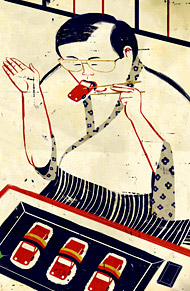 Although Lexus hit American showrooms 19 years ago and has been the top-selling luxury nameplate in the U.S. since 2000, it didn’t arrive in Japan until 2005. By that time German brands dominated the high end, and Lexus has had a tough time getting a toehold, reaching only 60% of Toyota’s initial sales projections. In 2007, Lexus moved 34,800 cars—about what it sold in December alone in the U.S.—and sales so far this year are down.

Worse, the buzz Toyota created for Lexus may have benefited the Germans…“The introduction of Lexus is energizing the luxury car market,” says Ashvin Chotai, an independent auto consultant. But few customers have steered away from the German makes. Chotai says 80% of early Lexus buyers were former Toyota drivers; only 5% came from Mercedes or BMW.

Considering Lexus has only been in Japan since 2005, it doesn’t seem all that surprising that it would struggle to establish a foothold, but I think the center of the issue is the fact that it’s a Japanese company, and would be expected to do better in its home country.

The truth of the matter is, up until 2005, Lexus cars were sold in Japan under the Toyota nameplate, the GS was the Toyota Aristo, the SC was the Toyota Soarer, and so on. Then, after the switch, the same car saw a price increase of 20%, which had to be confusing for the Japanese customer, even a little off-putting. This will take a few years to fade, until Lexus stands on its own.