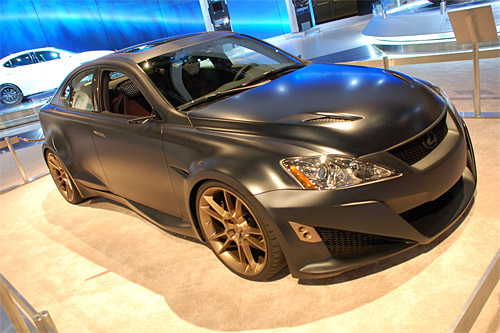 The Lexus Project IS-F by FiveAxis is moving its way up the west coast, making the trip from SEMA in Las Vegas to the LA Auto Show, where it was photographed in depth by Autoblog.

There’s also been mention of a “Stage 2″ IS-F engine mod package being developed by FiveAxis, though there’s nothing in the way of details, other than that it might be ready for the Detroit Auto Show in January.