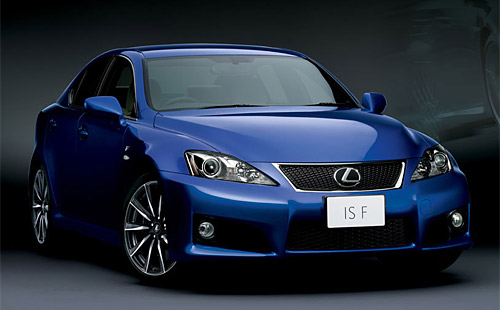 It’s official, the Lexus IS-F was announced in Japan today at the Fuji Speedway, here are the details:

I’m not one to care about horsepower figures, but the IS-F’s final numbers have to be considered below expectations, especially in light of the absolute secrecy shown by Lexus.

Consider this fact, though the BMW M3 has 414hp in North America, it’s European/Japanese counterpart packs 420hp, as does Audi’s RS4. The Mercedes C63 has 457hp, meaning out of the gate, the IS-F is last. When you consider the importance of horsepower in this segment, that’s a bad place to be.

Still, nothing can be determined through stats alone, and we’ll have to wait for the eventual comparison tests to see how the IS-F stacks up to the competition.