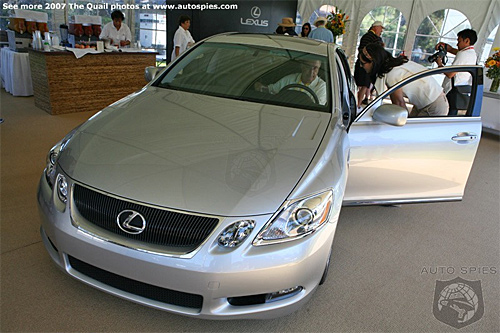 Lexus debuted a special edition this weekend at The Quail Event: The GS 450h Bridgehampton Concept: 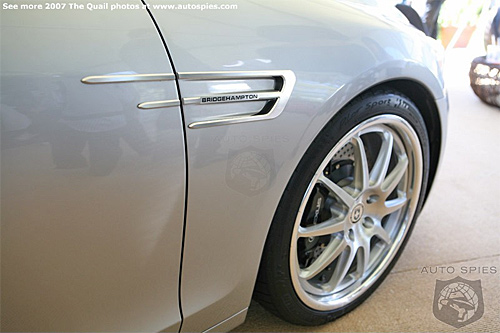 From the display plaque:

In the late 1950’s, and through the “glory” days of the ‘60s, affluenty sports car racers descended on a unique racing circuit near Sag Harbor on Long Island to test their mettle and their machines. Known simply as Bridgehampton, it played host to some of the most revered sports cars, and their drivers, the world of motorsports has ever known. Names like Chaparral, Hall, McLaren, Holme, Lofa and Gurney all left an indelible impression there.

The Lexus GS 450h Bridgehampton concept was inspired by memories of that incredible era, and seeks to carve out its own place as a unique performance interpretation of a modern high-performace luxury hybrid sedan.

In addition to all of the standard features found on the GS 450h, the Bridgehampton adds:

There’s some solid performance customization with the Bridgehampton concept, and paired with the cosmetic tweaks, give the car a nice character boost. There was no mention of availability or cost.