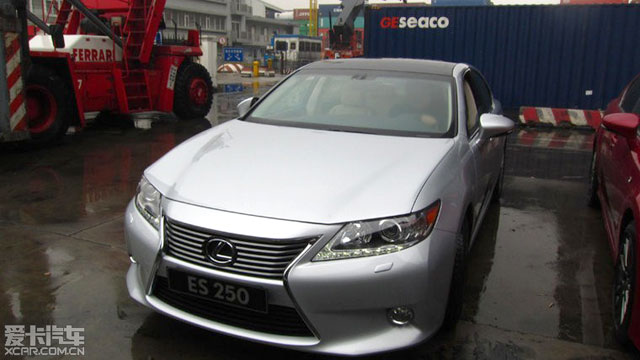 The next-generation 2013 Lexus ES has been revealed by way of Chinese forum XCar — let’s start off with the full photo gallery:

Besides its larger size, the very first thing I notice about the new ES is the coupe-like roofline that glides down into the trunk: 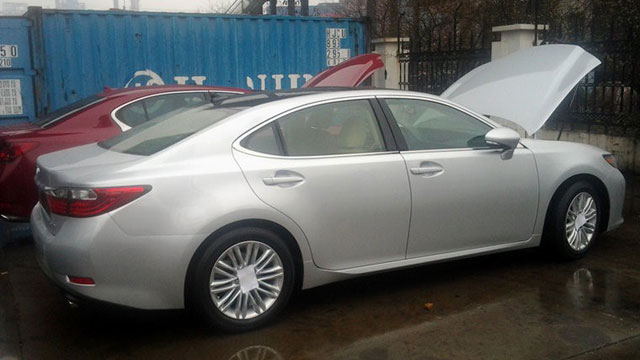 More than anything, this line defines the car to me — it’s a bold statement by Lexus to change their best-selling sedan in such a strong manner, especially when the style and size bring to mind the flagship LS.

As for the rest of the exterior design, I’m not sold on the hoodline and the way it cuts across the front-end, but the side profile makes it all worth it: 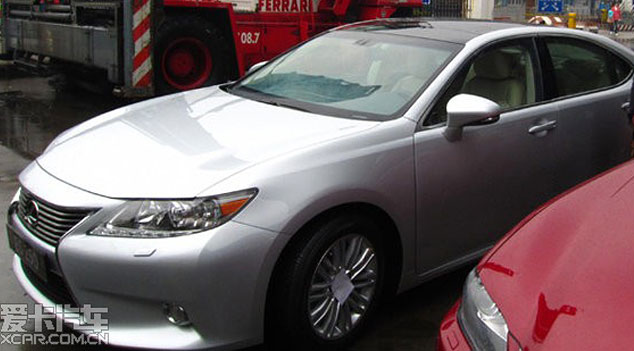 And then there’s the interior, which is such a quantum leap over the existing model that only a side-by-side comparison will do: 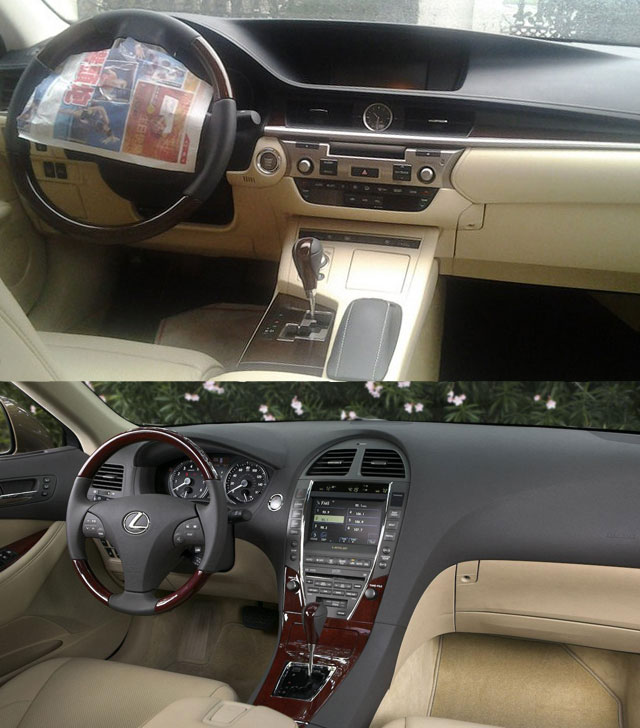 As with the new GS, this ES interior could sell the car on its own — there’s simply no way to overstate the improvement compared to the current model and its teardrop center console.

Now, I try not to get too excited or too disappointed by leaked cameraphone photos, but the new ES looks like a homerun to me. What do you think?

[Source: XCar & Autohome] (Thanks to everyone that sent this in!) 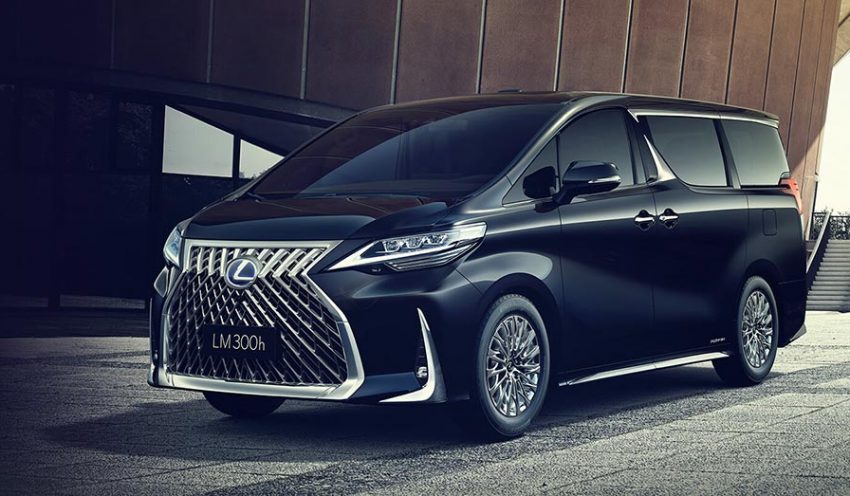 IMO the GS beats the ES  in looks hands down, both exterior and interior (especially interior).
I love Lexus... But i just want to say, Lexus is losing that distinguishing style between its models.... it used to be that all the Lexus models are different in some way but the grill, lines, the center console with touchscreen etc. are made similar to ensure ppl know it's a Lexus. Now, it looks like alll the models are going to look very similar at the front coz of the new L-finess with the "tears-like" LED and the new spindle grill.... i really wish that Lexus kept the two separate front lights on the GS as a tradition... each car really has to be a lil different not only inside, but outside too.... Lexus is giving me a feeling that the sedans are all gonna be alike at the front... soon, the way to tease each model apart is by looking at the size of the car if it's on the on-coming traffic side of the road.... but still, a Lexus is a Lexus, i drive one and I love it everyday!

Before this new styling direction, most people could not recognize if it was a Lexus or not.

Don't think Auzzies would mind it too much Down Under.
I now got confirmation that it has three powertrains: 2GR-FE 3,5 V6, 2AR-FE 2,5 I4, 2AR-FXE 2,5 I4 hybrid. So the powertrains are all the same as in the camry. The car is a little heavier than camry, so expect fuel economy down one or two clicks as well.

I find the exterior and ugly. Just one guy's opinion.
I also find the interior ugly.
I was under the impression that the exhaust portals through the rear bumper was going to become Lexus' "thing", after the LS popularized it 5 years ago.   Would like to see that throughout the lineup..... BD
Keep this ugly car in China please!!!