Levi said:
If CUVs sell it is smart to have many of them and only one sedan. It is not smart to have no sedan at all.
Click to expand...

Eventually... But it would be last thing on the list.
I

I like the medium SUV and medium CUV. Hope they are not FWD.
I

Levi said:
I like the medium SUV and medium CUV. Hope they are not FWD.
Click to expand...

If they are FWD-biased, Toyota would be out to lunch.

Even the Honda E is RWD.

There's so much space in a BEV, only the battery pack needs careful accommodation even on a non- dedicated flexible platform.

I really like the 'sedan' design! Looks like a sedan/coupe/liftback hybrid like the BMW Gran Turismo, but a much better implementation (the BMW GTs look terrible for a good concept).


Levi said:
I like the medium SUV and medium CUV. Hope they are not FWD.
Click to expand...

There will be an E-TNGA model just using the rear motor module, but it's not the medium SUV/CUV.
L

The large SUV and the medium sedan are pretty nice IMO.

The medium crossover looks like it could be a Lexus UX.

Don't know if this is this is the best place to post this, but Toyota seems to be pushing hard to delivery a long lasting battery... How long? Perhaps between 20 to 30 years, around the same lifetime as the car itself.

Starting from 2021, Toyota will transfer its Gen 3 THS technology to GAC. This is similar to the tech transfer deal with Subaru and Mazda. Despite being a decade old, THS Gen3 is still way ahead of most hybrid solutions and is highly coveted by indigenous brands. Toyota had a 38.5% efficient ICE in 2010 when the average today is still just 36%!

This decade will be the era of hybrids.
S Probably not enough. But this sounds quite accurate, Subaru Evoltis, AWD with about 290 PS.
Click to expand...

Forgive me for seeing this information from Subaru now. This Subaru car is almost identical to Toyota's medium suv concept car. We already know from the leaked pictures that the Subaru EV will be available in the spring of 2022, of course, it may be delayed due to covid-19.
Toyota's first BEV product for the global market should also be this SUV, and the Chinese market will definitely get it in 2022. At the Guangzhou Auto Show, FAW Toyota announced the new car to be launched in the next two years and mentioned this EV-SUV. In addition, RZ450e may also be based on it, with a maximum power of about 225kw.
S 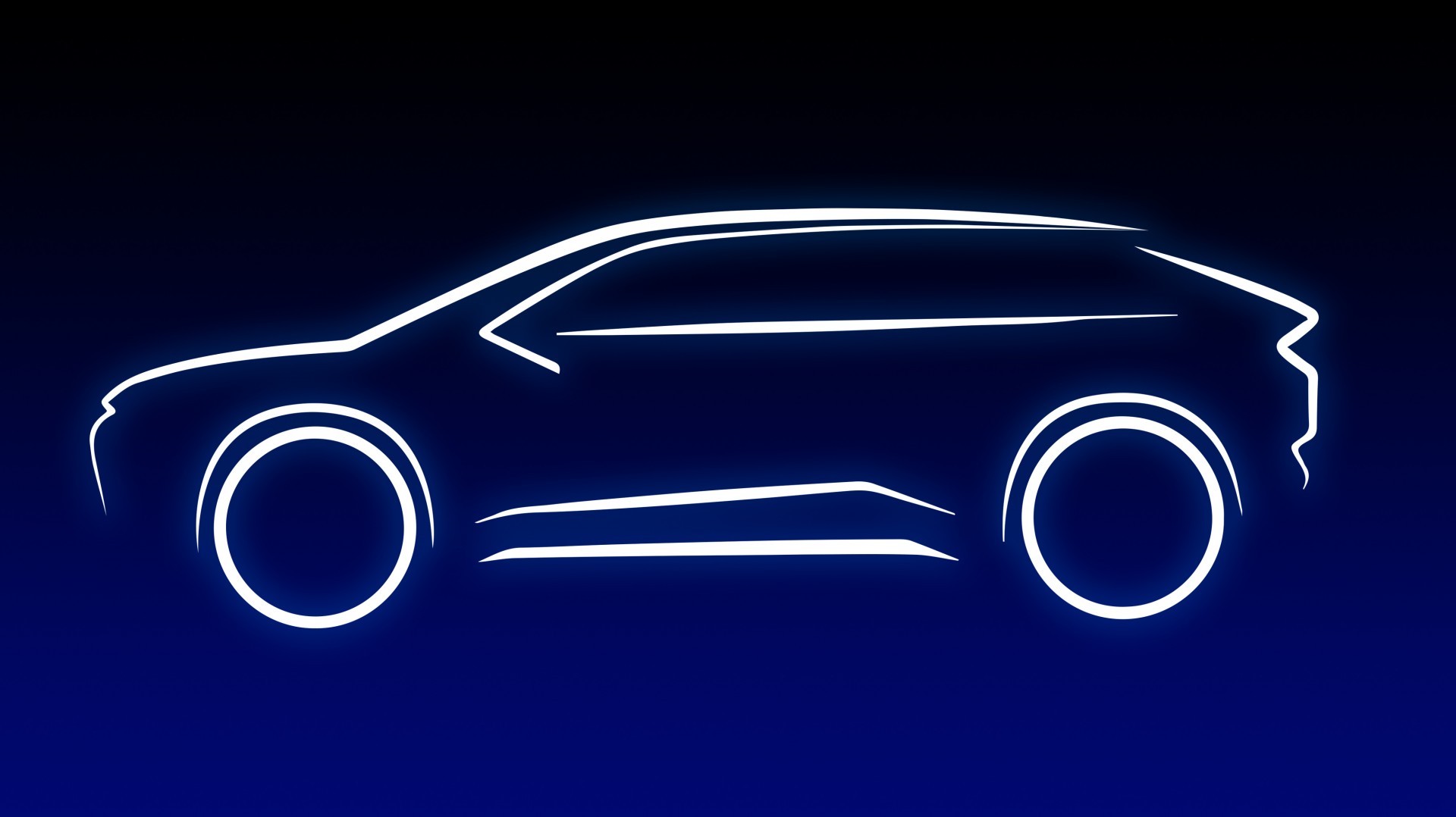 Toyota will preview an all-new battery-electric SUV in the coming months Based on the new, highly versatile e-TNGA platform First step in the release of a portfolio of battery-electric products 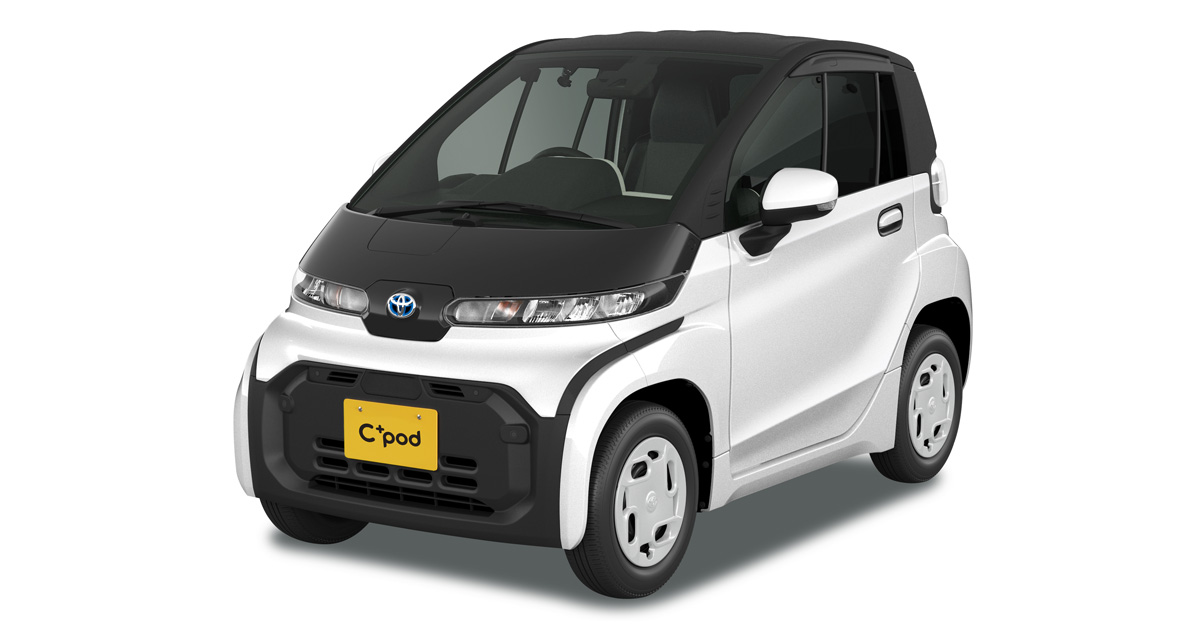 Toyota Motor Corporation (Toyota) announced today a limited launch of the "C+pod" ultra-compact battery electric vehicle (BEV), from December 25, to corporate users, local governments and other organizations that have been exploring new options to drive the popularization of BEVs. Toyota plans...

Dong Changzheng,Senior Executive Vice President of Toyota China. In a recent interview with Chinese media, he revealed that Toyota will further demonstrate its new achievements in the field of electrification at the 2021 Shanghai Auto Show.Toyota and BYD's cooperation products will have substantial progress next year. At the same time, battery products suitable for Toyota vehicles jointly developed by Toyota and CATL are also in progress.
At the Guangzhou Auto Show in November, FAW Toyota announced that it will introduce two BEV models in 2022, one is an SUV (should be a product of E-TNGA, BZ series), and the other is an A+ class sedan. This sedan should be the product of cooperation between Toyota and BYD.
At the same time, he also mentioned that Toyota is actively increasing its production capacity in China, and hopes that in 2023, sales in the Chinese market will surpass the US market that year and become Toyota's largest market in the world.

Toyota Motor Corporation (Toyota) announced today a limited launch of the "C+pod" ultra-compact battery electric vehicle (BEV), from December 25, to corporate users, local governments and other organizations that have been exploring new options to drive the popularization of BEVs. Toyota plans...

Ultra Compact BEV called C+Pod. An urban NEV with 9kWh battery and 9kW motor. So it's basically an electric scooter with two seats.
Click to expand...

So would this be a competitor to the Renault Twizy?
S

F1 Silver Arrows said:
So would this be a competitor to the Renault Twizy?
Click to expand...

they already had that... it is B2B crap and not worth our time here.
S

Toyota China announced that the first mid-size SUV based on E-TNGA will make its world premiere at the Shanghai Auto Show in April.