I've never been excited for a crossover... UNTIL NOW!

(Didn't see this coming from Lexus, I am genuinely surprised.)
W

Seems like luxury version of LS/LC? If so, I think it would not compete with LX at all, except for maybe pricing? But in general, where LX sells well is where this LF would likely not sell at all.
Click to expand...

Very interesting point. I wonder if, rather than making true ‘F’ versions of the SUVs and crossovers in the lineup, Lexus just decides to make one super-crossover and call it the LFX.
M

Edit: With the rear window raked so far forward, this is probably a 4-5 seat flagship CUV with an option for executive rear seating ala LS. The "Limitless" name suggests a hybrid/high-capacity PHEV engine.
Last edited: Dec 5, 2017

Technically there is no real production flagship SUV Coupe. Just the forthcoming Audi Q8 concept. The X6 and GLS Coupe are not based off the X7 or GLS but the X5 and GLE.

If Lexus is hinting this as a flagship CUV Coupe, then I expect LS/LC based and a higher price-point than the X5/GLE. They will have to position is very very strongly so there is no confusion.

I even just wrote from day or 2 in another thread that the next GS/GX/ Sport Cross batch will share the same GA-L with the LS/LC but will be like Subaru but with coupe style
One 4 door coupe
One CUV coupe
One Sport cross with style like the HPX
Last edited: Dec 6, 2017 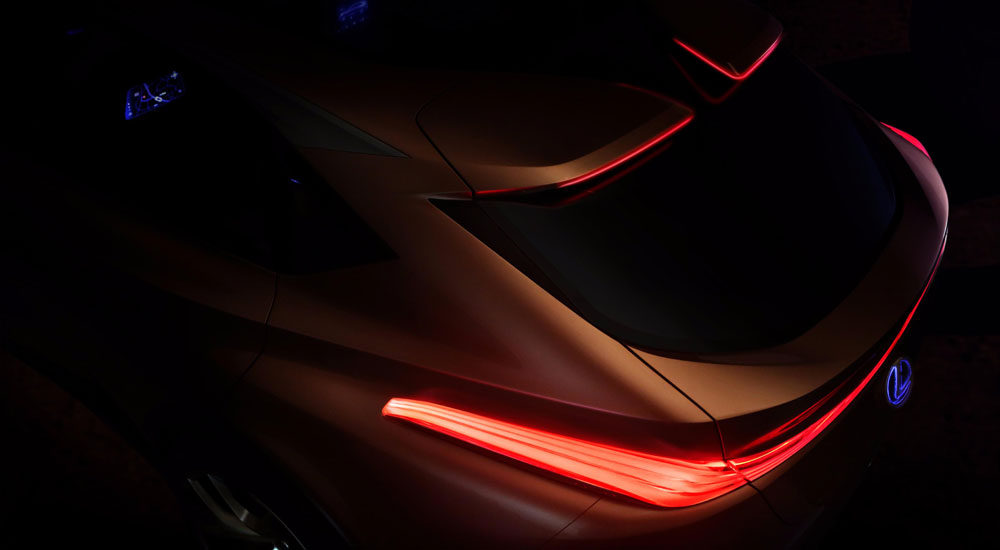 Hi Kevin,
this is also about the way I feel it.
If we read the press release, we see a number of important words: concept, flagship, crossover, LF-1.
A real concept, immediately the top-range model, a crossover (take a good look at the "easter egg", it's not an SUV but rather something new, like the Panamera).
The concept name is difficult to estimate, but if we assume that it is a new lineup, then I think: 'L?': The 'L' because it is a 'flagship' (LS, LC, LX, L?), And for the '?' an 'R' or 'V' could be best, I prefer the latter.

Although I very much agree with the broad consensus that the LF-1 Limitless badge hints at some sort of powertrain electrification, wouldn't a vehicle combining LX/Land Cruiser levels of off-road prowess with on-road handling capabilities worthy of an F-Sport or even F Lexus be describable as Limitless?
L

Joaquin Ruhi said:
Although I very much agree with the broad consensus that the LF-1 Limitless badge hints at some sort of powertrain electrification, wouldn't a vehicle combining LX/Land Cruiser levels of off-road prowess with on-road handling capabilities worthy of an F-Sport or even F Lexus be describable as Limitless?
Click to expand...

Something the new Lamborghini Urus claims to be?

Could this also hint for a next generation GX?

Based on the teaser image and the roofline - which seem to indicate 2 rows - I don't see how this could at all be related to the GX. Also, the GX has never been considered a flagship vehicle because it slots under the flagship LX.

I think we are seeing Lexus create something totally different here: LS/LC levels of technology, refinement and sophistication on a RWD/AWD crossover. In a sense, it will bridge the gap between the LS and LX.
R

Hopefully a new top crossover to go against Porsche and Range Rover. The LX is to my mind a different kind of vehicle from these it is more rugged go anywhere type of vehicle, I see this as a slick top class top crossover not really meant for Africa but for city and highway driving powerful and very luxury, Bently Bentago rival?

maiaramdan said:
@Gecko
The GX was meant to be the GL competitor from the beginning
So this means that it's the competitor of current Benz GLS which is one of 2 flagships in the current benz
Click to expand...

I'm failing to see how a sporty two-row, admittedly "flagship" crossover will challenge what has historically been a three-row family hauler? If anything, the best competition for this new Lexus will be the GLE Coupe. If Mercedes makes the GLS larger and more luxurious in the next gen, as is widely rumored, it will compete more directly with the LX. If they make the GLE slightly larger with three rows, it will compete somewhat with the GX.

I am searching this conversation for you , he said that the GL competitor inside the Lexus lineup is the GX not the LX

See that grey piece going along the top on the side? I think that may be a roof rack that comes up when activated from the inside. Probably only a concept gimmick, however.

meth.ix said:
See that grey piece going along the top on the side? I think that may be a roof rack that comes up when activated from the inside. Probably only a concept gimmick, however.
Click to expand...

Haha, similar to the speed activated rear wing on the LC. Like that idea.

I am searching this conversation for you , he said that the GL competitor inside the Lexus lineup is the GX not the LX
Click to expand...

Something must be lost in translation that was never the case. The GX and GL are far too different in size and drive really different. Not to mention the GLE (today) offers an amazing AMG model for 120-130k.

I'll have assume this is a fullsized crossover. Why would they use the term "flagship" if it is a small or midsized crossover?
I think those screens are from the screens parked on the back of the front seat headrests.

Looking forward to something above the RX in the crossover realm. The HPX Concept was great, over 15 years ago, and they dropped the ball.
Time to pick it up and run with it.....