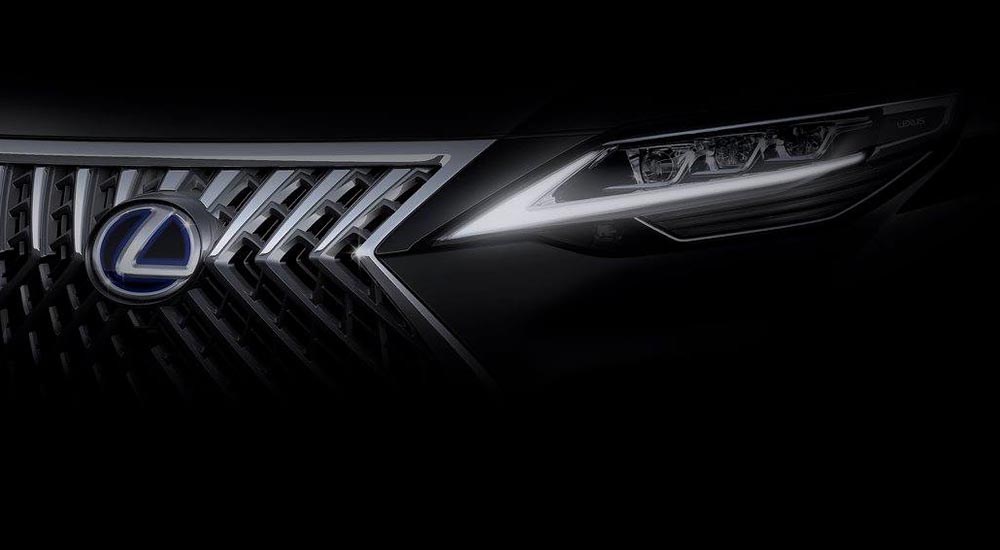 Lexus China has revealed that a new vehicle will debut at the Shanghai Motor Show next month. The announcement was accompanied by this teaser image, presented here in full resolution: 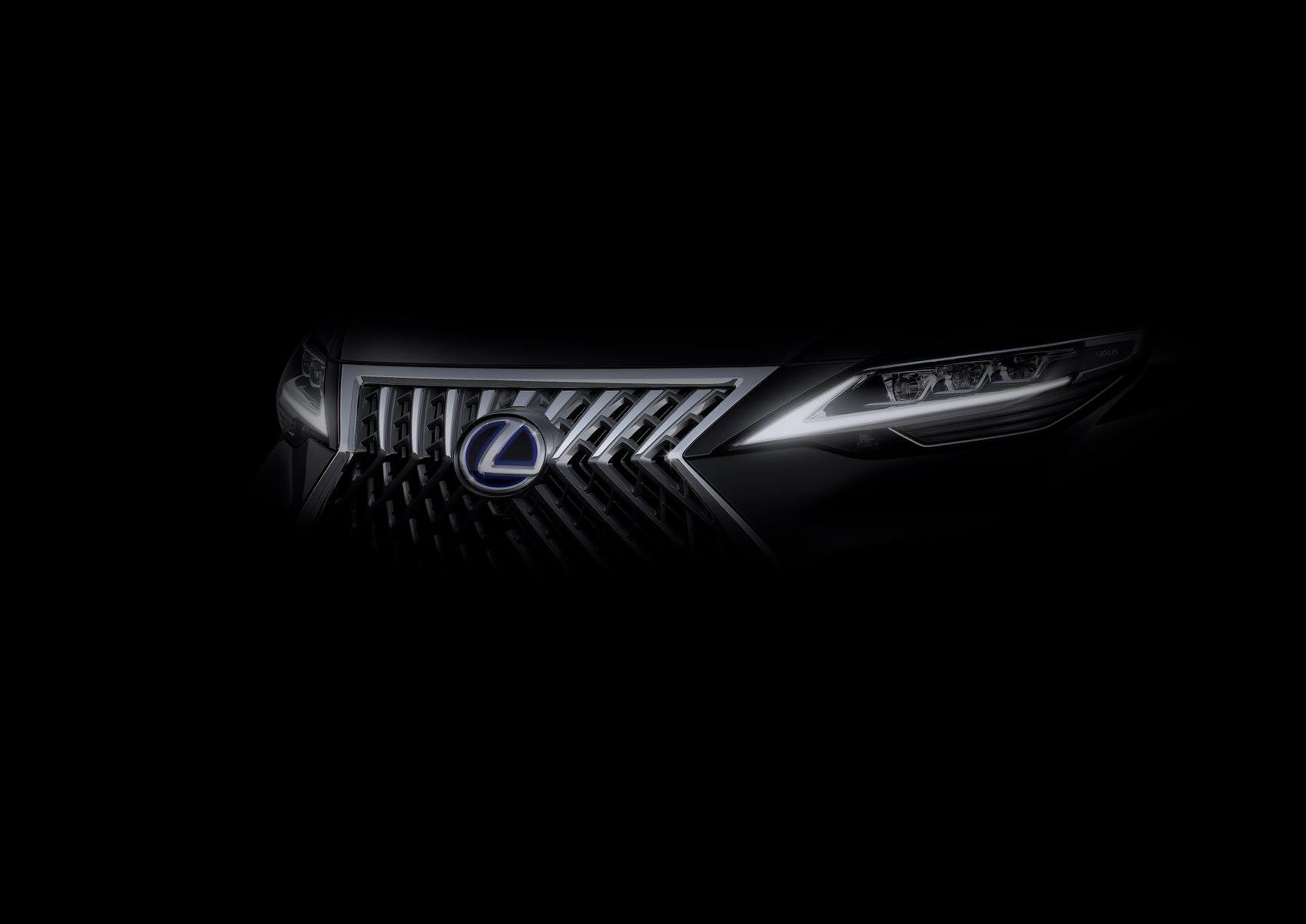 The immediate thought would be an update to the RX crossover, but shortly after China’s announcement, Lexus Taiwan posted the following message on Facebook (translated):

How does Lexus jump off the limits of transportation? When the vehicle is upgraded to personal private space…for her, you can have more imagination.

That will be the present.

“Luxury of Space”. “Personal private space.” This is the kind of language used in Asian markets to sell….minivans.

Lexus is making a minivan.

Judging from the lack of announcements from other Lexus regions, this is a model that will likely be limited to China and Southeast Asia for its initial launch. This makes sense, as the popularity of minivans in these markets has grown exponentially, where they are viewed as a high-end luxury vehicle.

(This would also explain why Lexus trademarked LM 350 & LM 300h last year, as it’s most literal translation is “Luxury Minivan”.)

There’s so much to unpack here, and it’s going to require some time to process. But we have to start up the conversation — how do you feel about Lexus making a minivan?

BenzCity
What do you mean with that? As in it didn't work in the chinese market? I'd say HiAce has been doing well overall, it is just long in the tooth now. But I can't imagine it not getting a successor.

It did too well that it soon got overwhelmed by copycats, due to simplicity of manufacturing...true Toyota-made HiAce is less than 1% of all the HiAce running on the roads. Same happened to the Hilux. Glad it didn't happen to the Land Cruisers, because these are significantly harder to reverse engineer.
krew 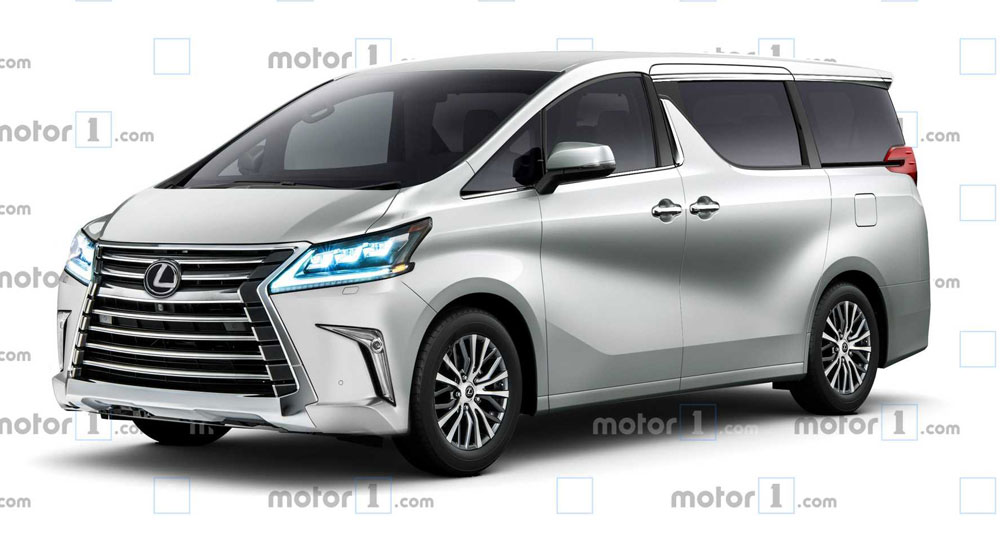 View the original article post
Argh! Now my lunch isn’t going to digest properly. It’s not so much “bizarrely appealing” as just plain bizarre.
Imagine it done up full Van Kulture style lowered on Vossens. And the giant spindle would stun Jalopnik commenters at 500 yards.

Edit: had the wrong ex-Gawker site in there the first time.
Like it
An English review:

https://jalopnik.com/the-toyota-alphard-is-the-opulent-luxury-minivan-the-re-1831331429
Amazing article for another amazing JDM forbidden machine
If they'd eliminate the weird shark fin just aft of the B pillar this would have the best "floating roof" design ever.

Ian Schmidt
If they'd eliminate the weird shark fin just aft of the B pillar this would have the best "floating roof" design ever.

I don't think that would happen ever. It's Toyotas trademark. It has it from first gen, Vellfire has it and even old HiAce and HiAce buses have it. I thin Noah is only model without shark fin.... Personally I like it :) It is very easy way to spot Alphard and ditiguish it for example from Serena/Serena e-power. Every time I see that siloutte and shark fin I go: look there's Alphard!
Maybe sometime in future a beautiful day comes when I buy my self one. It's so roomy and tall yet lenght is under 5000mm. Hybrid option makes me prefer it even over LX or RX450hL.

I wonder if the reason I desperately want the Alphard is because I can't have it. Doubt it though.

krew
I wonder if the reason I desperately want the Alphard is because I can't have it. Doubt it though.

You will want one once you sat in it, if you don't mind paying a full-time chauffeur.
a new class lexus model will make debut in shanghai auto show…
http://www.lexus.com.cn/node/3853
View attachment 3203

What is that? Bigger cuv than Rx? Minivan? Would Lexus actually make a minivan?

Bluesuprarcf52
What is that? Bigger cuv than Rx? Minivan? Would Lexus actually make a minivan?

Check Toyota Alphard and imagine spindlegrille on it :)

flexus
Check Toyota Alphard and imagine spindlegrille on it :)

Maybe it’s based on the next gen platform sienna? Tnga K?

Bluesuprarcf52
What is that? Bigger cuv than Rx? Minivan? Would Lexus actually make a minivan?

Not sure how I feel about minivan Lexus if true. So they make a van but can’t make a next gen Lexus GS ? Smh Lexus

Bluesuprarcf52
Not sure how I feel about minivan Lexus if true. So they make a van but can’t make a next gen Lexus GS ? Smh Lexus

Luxury mini vans are very popular in asia. Basically Alphard and Vellfire sold more than Lexus+MB in last year in Japan. I've heard that in Indonesia people import Alphard and prefer it over Mercedes S while costing more than it. I'dont think mini van would be offered outside Asia.
https://www.chukei-news.co.jp/news/201901/03/articles_33040.php
I found this article from January with little googling. This say sources have confirmed mini van and they will start production at Inabe plant in 2020. It is a export model for China and SE Asia. Maybe they won't offer it in Japan.
we will see what it looks like
I really like that grill design - the vertical bars with horizontal detail between them. That would look sharp on the next gen SUVs since it has a tougher, but still sophisticated, look compared to the mesh. The headlight design is also simple but nice.


No GS, no V8 LS, no F products aside from RC, an engine lineup that predates Obama's first term, ten year old LX and GX, but THANK GOD Lexus has decided to build a minivan. I can't believe I was worried the brand might be fundamentally lost or something.
Will it be the first Lexus to launch with Android Auto?

When does the F Sport model drop? Red interior?

My money is on LM F dropping before IS F.

Gecko
My money is on LM F dropping before IS F.

I hope they make F model based on TS050 technology. And never forget there is V8 hybrid Prius is SuperGT300 "researching hybrid technology".
But what engines LM would have? Probably 350, 450h, 300h and 250(260) & 200 for not so wealthy markets. If they are going to make F model they need TTV6 since Alphard 3.5 V6 is capable to do 0-100kmh in just under 7 seconds.
Lexus to Debut Luxury Minivan at Shanghai Motor Show?

Joaquin Ruhi
At least in the U.S., the only LM-related filed trademarks are LM 300h and LM 350.

I like they are pushing hard on Asia where they can grow significantly by offering unique models that are of interest there and maybe not everywhere else. I am sure this would never be offered in Europe, and US might get it simply because Asia pays off its development...
I'd be very surprised if the US got this, barring the buying public suddenly realizing SUVs are kinda dumb for what they're using them for.
It bears mentioning here that Lexus minivan rumors go way back further than the October 2018 story that kicked off this thread. Their true origins lie with an Automotive News story by Hans Greimel from March 2014 that begat this Lexus Enthusiast News story: