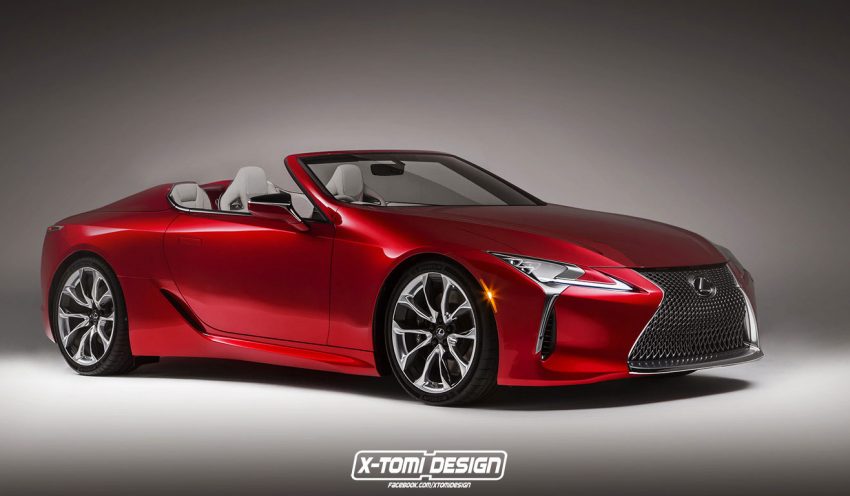 A Lexus LC convertible remains a distinct possibility, according to a report from Drive Australia:

While pulling up short of actually confirming the project, Lexus management admitted that the roadster market is an important one in the LC’s market segment. During the local launch of the LC500 and LC500h this week, Lexus’ LC-project assistant chief engineer, Takashi Watanabe, confirmed that the LC’s platform would theoretically support a convertible layout.

Lexus Australia’s chief executive, Peter McGregor, was a little more coy, but stressed that “We are very aware of the importance of the convertible sector of this market.”

(Given the article headline “Lexus LC Convertible Likely”, I was expecting a much more definitive statement from Lexus. Previous reports from Automotive News and The Detroit News offer more substance on a potential LC convertible. The above rendering is from X-Tomi Designs.)