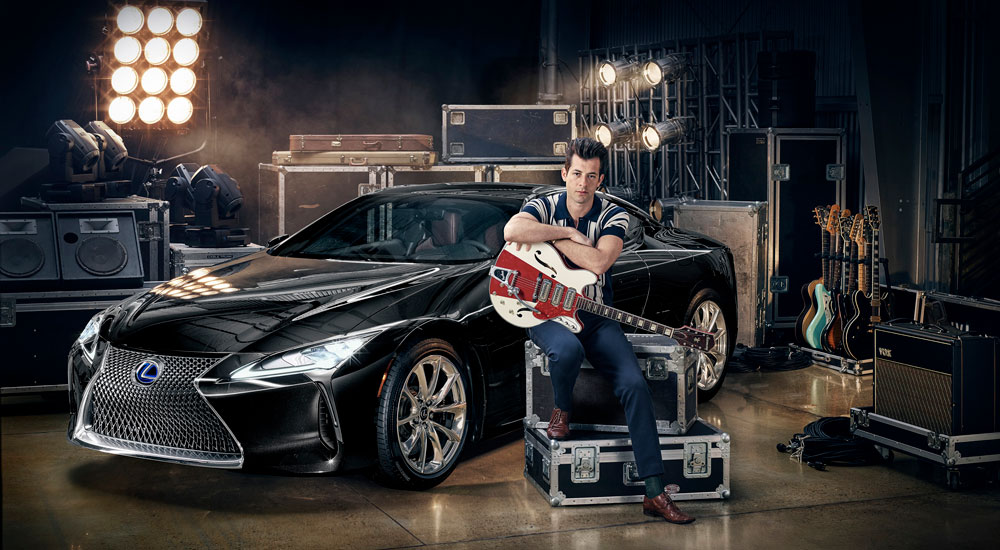 Lexus has announced a collaboration with music artist Mark Ronson to launch the new LC coupe — the campaign is called Make Your Mark :

Speaking about the campaign, Mark Ronson said: “I always like to work with collaborators who are innovative and unique in and out of the studio. When I was approached by Lexus with the concept of this campaign and saw the new LC, it felt fresh and exciting. I was drawn to the idea of using music to inspire and create an experience around this car.”

Commenting on the partnership between Lexus and Mark Ronson, Alain Uyttenhoven, Head of Lexus Europe said: “Mark Ronson is an iconic music producer behind some of the biggest hits of the decade and we couldn’t have thought of a better collaborator for the ‘Make Your Mark’ campaign. The Lexus LC symbolizes the beginning of a new phase for Lexus, which is all about creating greater synergy between engineering and design. Who better to work with on this than Mark – a man who has made a significant contribution to the world of music through his incredible performances and collaborations.”

The collaboration follows The Life RX campaign in 2015, where actor Jude Law took part in a live immersive theatre event where attendees starred in their own movie star lifestyle.

Now for a special announcement: Lexus Enthusiast editor Kevin Watts will be attending a special event with Mark Ronson this week in Ibiza, Spain. Details right now are mysterious and regular posting may be sporadic, but look for social media posts on Instagram, Twitter, and Facebook over the next few days. Stay tuned!