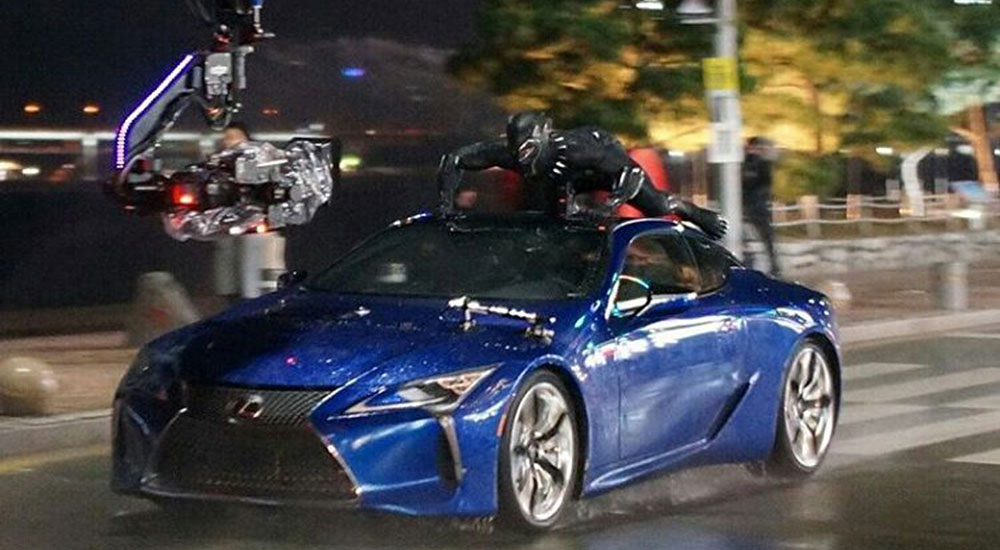 Marvel superhero Black Panther was spotted riding the roof of a Lexus LC in South Korea this week — here’s a quick video of the event:

Marvel’s “Black Panther” will use South Korea’s port city, Busan as the backdrop for a huge chase scene. The city, known for hosting Asia’s biggest film festival, will see its landmarks including the Gwangalli beach, Gwangan Bridge, and the Jagalchi fish market near Nampodong, used in the movie.

“The shoot, which will involve some 150 cars and more than 700 people, is a car chase scene with the protagonist and the villain,” said local production service company Mr. Romance Film. “It will also involve helicopter(s) and guns (firing blanks) and may cause noise as well as traffic restrictions.”

This is already the third movie tie-in for Lexus this year — both Valerian from Luc Besson and the newest Transformers movie will feature vehicles with Lexus badges. The Black Panther movie is expected to debut in the summer next year.