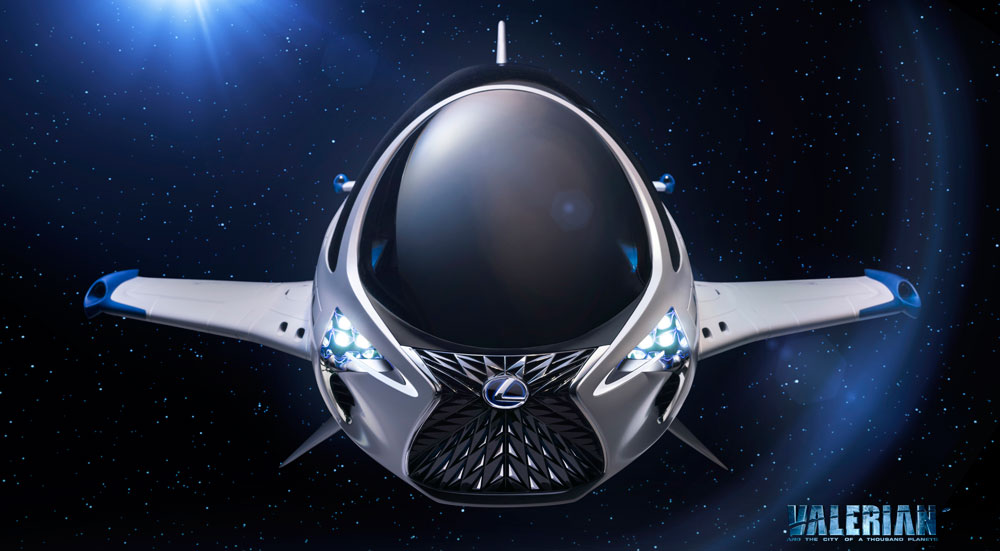 A futuristic Lexus spaceship will be featured in the new movie Valerian and the City of a Thousand Planets from director Luc Besson — here’s the trailer and a brief glimpse of the 28th Century SKYJET:

Some further details from the Lexus press release:

The Valerian team created the SKYJET with the ambition of featuring a vehicle grounded in reality but befitting of the Valerian world, set 700 years in the future. The creative team met with Lexus’ Chief Engineer, Takeaki Kato and the Lexus design team, to discuss incorporating believable, imaginative technologies and contemporary design cues into the final iteration of the SKYJET.

The SKYJET design also incorporates an adapted interpretation of Lexus’ signature “spindle” grille, and a similar headlight design to that of the upcoming Lexus LC coupe to be launched in 2017, defined by an athletic and aerodynamic shape.

(On a side note, I’ve been a huge fan of Luc Besson since La Femme Nikita — this is a very cool partnership.)