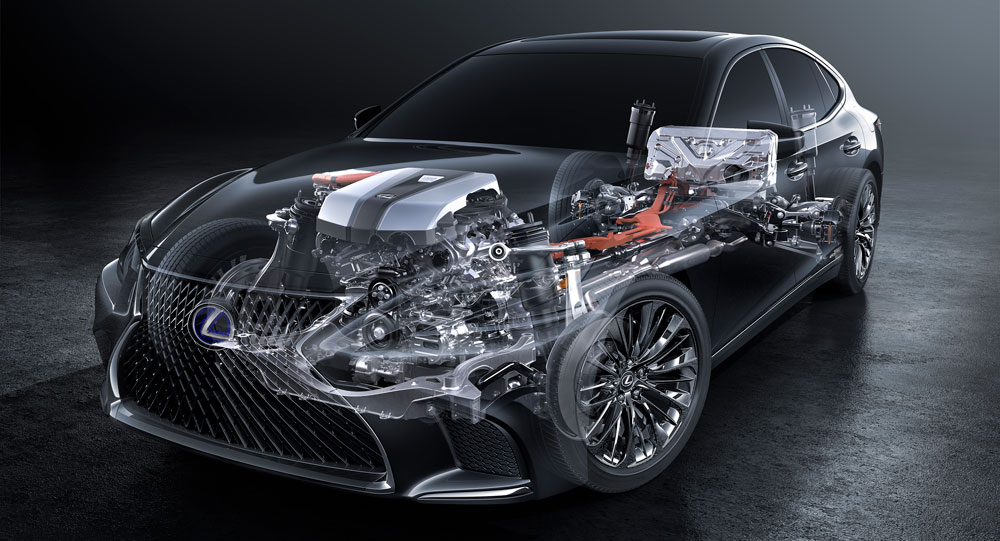 In a press release today, Lexus confirms the next-generation LS 500h debuting at next month’s Geneva Motor Show will be powered by the same 3.5L V6 multi-stage hybrid system found in the LC 500h coupe:

The Multi Stage Hybrid System adds a four-stage shift device to the LS 500h’s Lexus Hybrid Drive powertrain, which features a 3.5-litre V6 Dual VVT-i petrol engine and two electric motors. The result is more direct response to driver throttle inputs – a quality that is particularly noticeable when pulling away from stationary.

Although the system comprises a four-stage shift, its operation replicates the feel of driving with a 10-speed transmission, like that featured in the twin-turbo 3.5l V6 petrol engine powered LS 500, with a linear, direct and continuous acceleration feel, making for a more rewarding driving experience.

The Lexus LS 500h will be revealed at a press conference during the Geneva Motor Show on March 7 at 6:45am ET/3:45am PT.