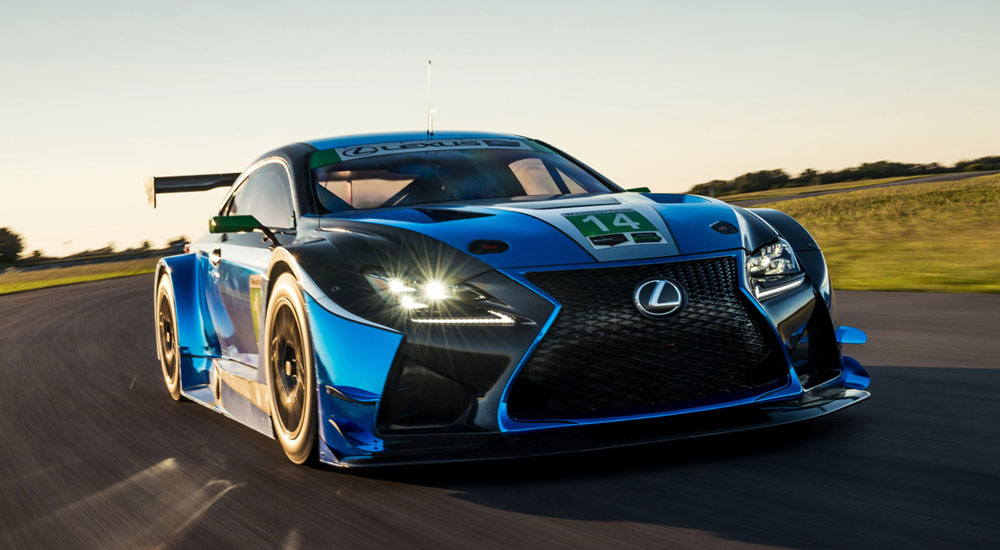 Lexus RC F GT3 to Race in Rolex 24 at Daytona

Lexus will return to racing in the USA this January with the newly renamed 3GT Racing team and the redeveloped RC F GT3 scheduled to participate in the Rolex 24 at Daytona.

The team, formerly known as F Performance Racing, will campaign a pair of RC F GT3 cars in the 2017 IMSA Weathertech SportsCar Championship series, with Scott Pruett and Sage Karam as two of the four drivers. The other two drivers will be announced in the near future.

Some further details from Sportscar365:

[The RC F GT3] recently completed the FIA Balance of Performance test in Ladoux and is expected to begin an extensive testing and development program in the U.S in the coming weeks.

Team principal Paul Gentilozzi confirmed to Sportscar365 they plan to take part in the IMSA-sanctioned test at Daytona in November.

“We recently had an opportunity to see our new 2017 car run on track at Fuji Speedway and we are very excited about its potential,” said technical director John Gentilozzi.