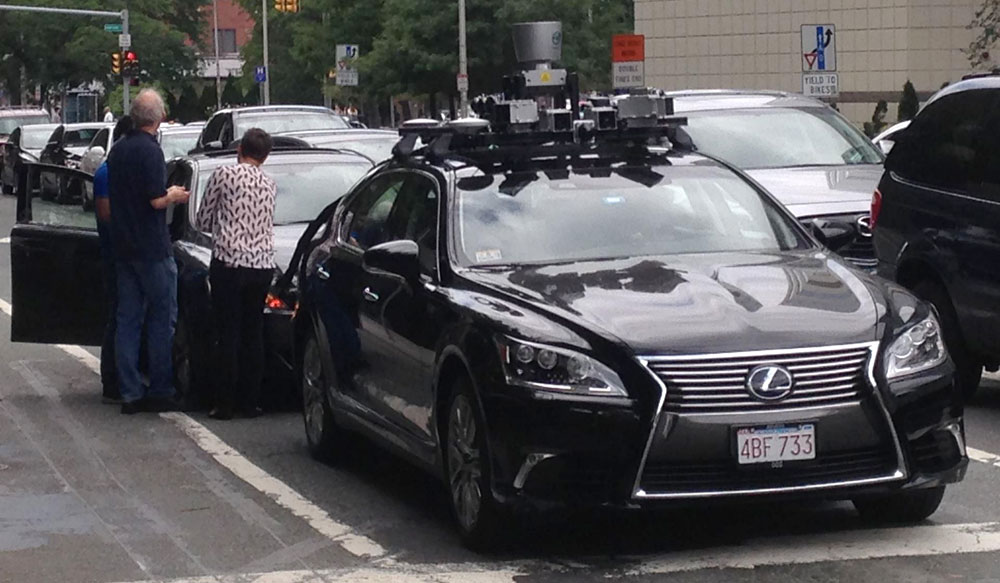 A Lexus LS outfitted with autonomous driving technology was spotted in Cambridge, Massachusetts this past weekend — from The Boston Globe:

The vehicle is thought to belong to the recently formed Toyota Research Institute, a division of the Japanese automaker that is exploring the future of transportation — and some experts say it could be a prototype of a self-driving car. There was a driver behind the wheel in Kendall.

John Hanson, a spokesman for Toyota Research Institute, said the vehicle seen in Cambridge has the “same kinds of sensors” that would be used to “perform high levels of driver assist,” but today it is only gathering information about the local roads. “It’s a smart car that’s trying to get smarter about its external environment,” Hanson said.

Back in 2013, Lexus debuted the Advanced Active Safety Research Vehicle at the Consumer Electronics Show in the form of a Lexus LS — this vehicle looks like an updated version of that model, with significantly less technical bulk.

Toyota has more than 1,400 patents related to autonomous driving, and has promised to offer the technology on a production model by 2020.